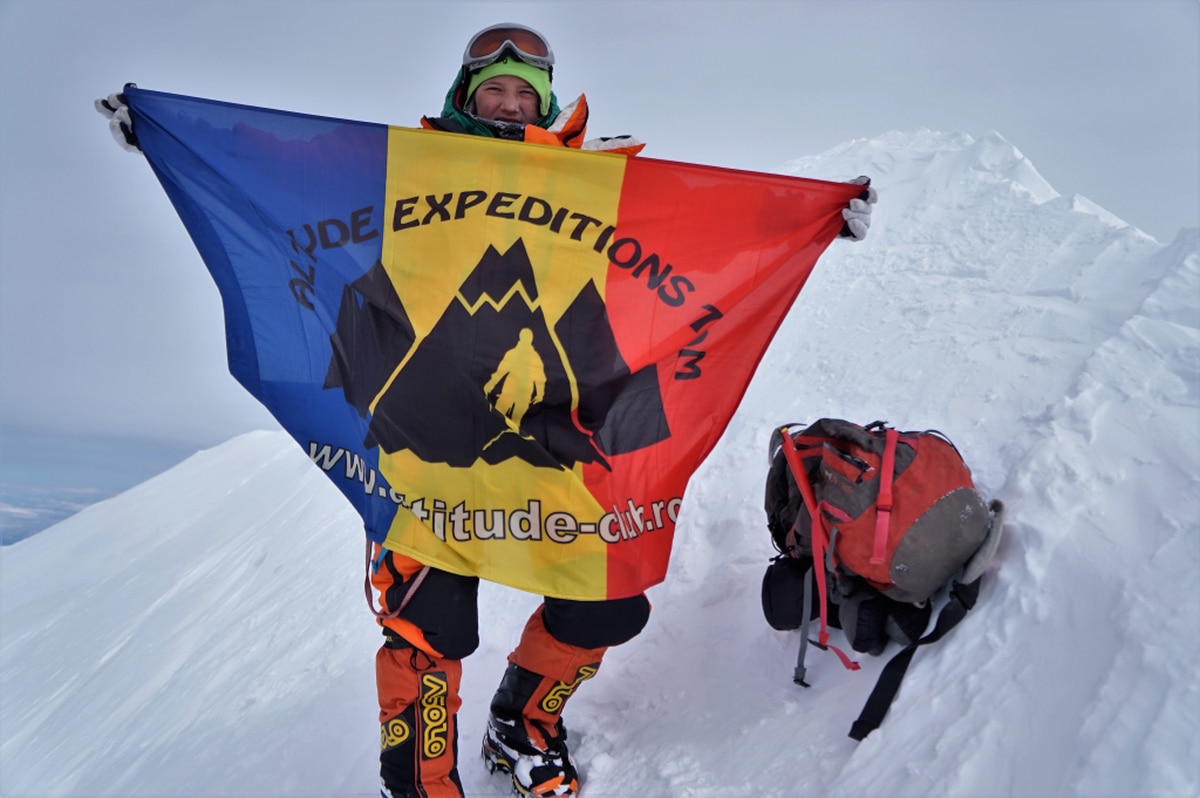 Johnston climbed Denali in 1995. She grew up in Anchorage and now lives in Harstad, Norway.

The Denali climb gives Popescu successful ascents on four of the Seven Summits, the tallest mountains of each continent. Earlier this year, she climbed 22,838-foot Mount Aconcagua in Argentina. Last year, she knocked off 18,510-foot Elbrus in Russia and 19,324-foot Kilimanjaro in Tanzania.

"I am extremely happy," Popescu said in a press release. "Higher, higher, higher yet again. It is an achievement I have always dreamed of and for which I would have been ready to stay on the mountain for 30 days, which is the maximum one can stretch to in those extreme weather conditions."

Instead, Popescu, a member of the Romanian Federation of Mountaineering and Climbing, reached the summit in just eight days after departing May 10, pulling a supply sled much of the way. She climbed with her father, Ovidiu Popescu, an avid veteran climber.

"Seven days full of emotions — and at the very end the utter happiness of succeeding," she said in the press release.

The youngest climber to reach Denali's summit is Galen Johnston (no relation to Merrick), who in 2001 at age 11 reached the top on a climb with his renown climbing father, Dave Johnston, and mother, Cari Sayre. Today he works as a coach at the Alaska Pacific University Nordic Ski Center in Anchorage.

Dave Johnston may be best known for the harrowing first winter ascent of the mountain then known as Mount McKinley, memorialized in the classic book "Minus 148" by climbing partner Art Davidson. He's also the first person to climb the tallest peaks in all 50 states in winter.

Galen's climb included a memorable meeting of young climbing stars. At the 14,000-foot camp, "she came bouncing up, 'Hey, I'm Merrick.' " By then, Merrick Johnston was working as a climbing guide.

"We hung out and rode around on snowboards," Galen said. "She told my parents, if somebody's going to break my record, I'm glad it's an Alaskan with the same name."

"But children climbing at that age is not something we encourage," she said. "It catches our eye during registration and prompts questions.

"It (climbing) takes a lot of decision-making skills — making good decisions at altitude in complex situations."

Gualtieri added that knowing the mountain-climbing backgrounds of both young Johnstons made the Park Service more confident of their skills. She added the agency hasn't compared birthdates to determine which girl is the youngest 12-year-old.

Galen Johnston, a 27-year-old coach of young teenagers at APU's ski center, said "for kids 11, 12, or 13 years old who grew up in an outdoorsy family, they can pull it off absolutely.

"It's a huge mountain. But in a lot of ways, it's not supertechnical. For someone who's good at listening to their body, it's a very attainable goal.

"It went well, but there were definitely moments when I didn't want to be there. I got really homesick up there. That was such a drastically different environment. Overall it was a scary but very positive experience," he added.

Is there an age that's too young?

"Before I was probably 10, I wouldn't have been capable of it," he said. "Physically, I could have done it. Mentally I could not have."

Popescu's ascent comes as Denali enters the busiest two weeks of the climbing season, according to Gualtieri.

Climbers have battled stiff winds early this season with just a few windows of good weather. Only 31 climbers out of the 129 that have returned from the 20,308-foot mountain reached the summit. That's 24 percent.

But Gualtieri said 389 climbers were on the mountain Wednesday and she expects more than 1,000 will make the attempt on Denali before the season ends next month.