In Juneau, a ‘year of kindness’ started by police department gains momentum 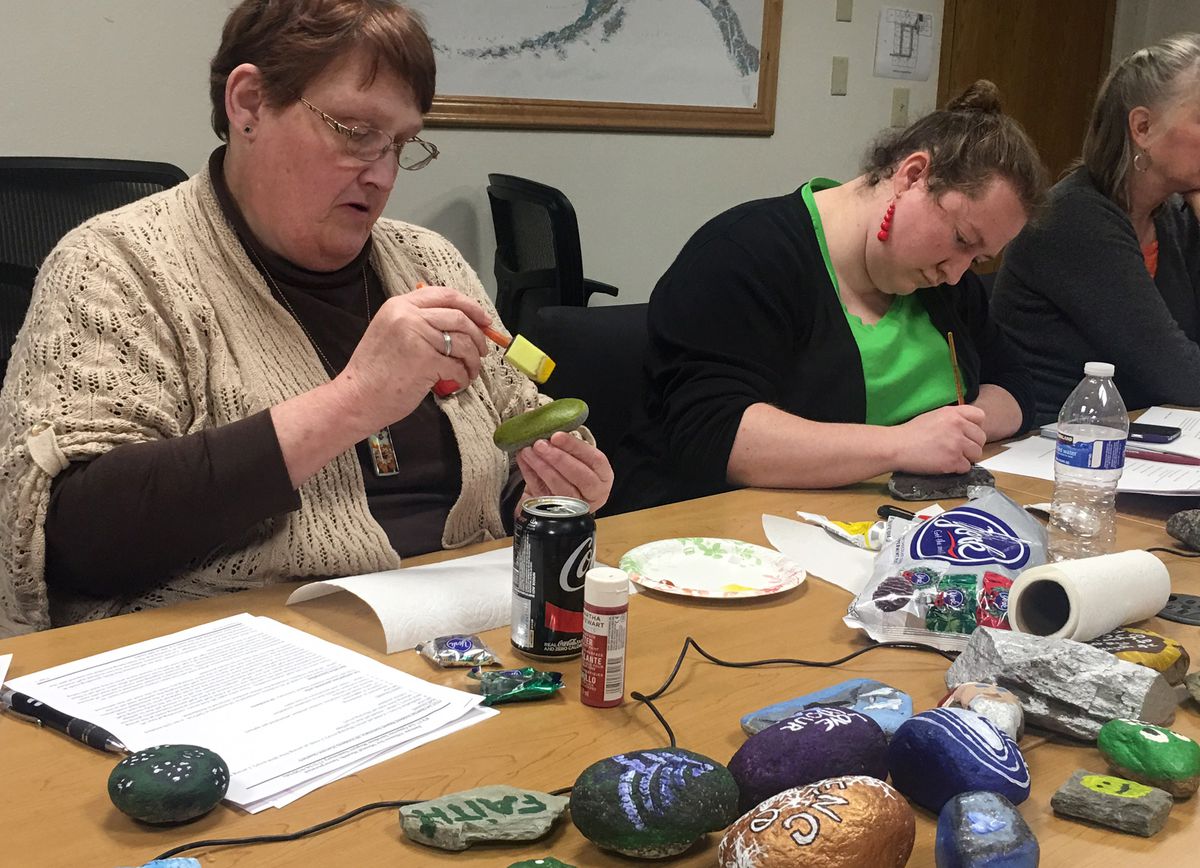 In 2016, as Juneau Police Department Lt. Kris Sell went about her work, she noticed that people were sharing many of the same feelings. They were overwhelmed by the negativity, violence and hateful speech that seemed to reverberate throughout the year.

And everyone agreed — this was not what they wanted for their community, she said.

"But people would say, 'Well, what can I do?' It's so big, and there's so much going on. It makes you feel so small and ineffective," Sell said.

One morning in early September, she had an idea: "What's underlying all of this is hate. Hate and fear … (So) how do you go after the underlying cause? And it occurred to me that kindness is the way to do that," Sell said.

She brought her idea to the chief of police. She wanted to spearhead a "year of kindness," where everyone in Juneau was asked to commit to one kind act a day. Once a week, she hoped, people would aim that act of kindness toward someone they didn't normally interact with.

Soon, a colleague suggested adding to another component. Get businesses and organizations on board by committing to a week of kindness — a "kindness surge," Sell said. So they created a weekly calendar for the project.

Two weeks in, the response from the community has already exceeded her expectations. Many weeks are already filled. Random acts of kindness have been flowing in to the online form and email, which can be found on the Facebook page.

"We hope to build just this avalanche of kindness," Sell said.

Every day, Sell posts a "Random Act of Kindness Alert" on Juneau police's Facebook page: A cab driver who gave a free ride to a man struggling to walk in windy weather. A man who gave a stranger money after her wallet was stolen at the airport.

Sell says this doesn't take much of her time, because there are so many tips about acts of kindness coming in.

'Good will has a ripple effect'

The year of kindness began with a party. To utilize the momentum of New Year's resolutions, the police department hosted a community potluck. There was a "polar plunge" at a local lake, Alaska Native musicians gave a performance and people were asked to write down their negative thoughts and burn them. About 150 people came out over two days.

Sell also reached out to the nonprofit organization Random Acts, which helps support kindness projects. Random Acts went on to develop a webpage for the year-long initiative and designed a logo.

Juneau is something of a beta test for Random Acts, which hopes it can get more communities to follow the city's lead in 2018.

And Juneau is a perfect place for it, Sell said. Residents place a "high value on kindness," Sell said.

"And we don't have a road out. We're, I guess, uniquely motivated to get along. Because if you're snarky with someone, you're going to see them at Costco. It's just kind of the law of Juneau," Sell said.

Many organizations have gotten on board with the idea. This week's "kindness surge" came from the Juneau Alliance for Mental Health.

Douglas Harris, chief integrated services officer, said staff and clients decorated rocks with images and sayings that they hope will inspire kindness. This week the rocks were scattered throughout Juneau — at the harbors, on the trails and at bus stops.

"It's a simple gesture, but it's one that I think will go on after the week (ends)," Harris said.

On Monday, fitness center Curves will take over. Owner Destiny Sargeant said she has posted a sign-up sheet of kindness options — like visiting an elder, or giving a coffee card to a homeless person — and more than 100 members have signed up.

"The good will has a ripple effect you know, just like waves," Sargeant said. "It really can sweep through a community."

The effort has already gotten national attention. Sell's cousin, who works as a dispatcher supervisor in Nebraska, said her sheriff mentioned the project.

At the end of the year, police will go over crime statistics to try to quantify whether the project has impacted community violence and crime — from road rage to suicide — though Sell recognizes there are many more factors at play.

"Maybe the only thing we'll be able to measure is, how does it feel in Juneau?" Sell said.

Sell said the police department isn't accepting funding for the project. Her major hope going forward is that more police organizations around the country will take on the idea.

"Community policing means you have got to be willing to access all of the tools in order to try to make a community a better place. And we've embraced that."