How can you tell if a relationship is moving too fast? 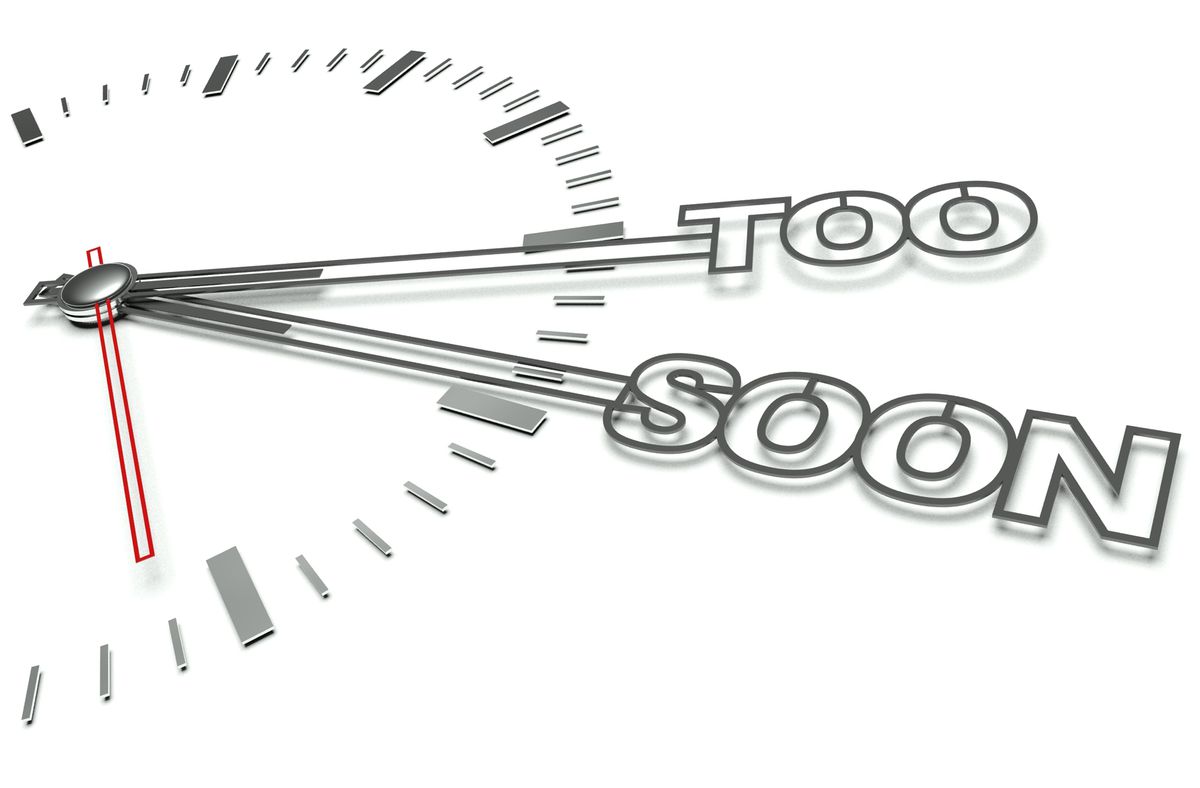 Too fast, too slow, just right — relationships move at varying speeds depending on the players, their pasts, their future hopes, and so much more. This week, Wayne and Wanda field questions from readers who ponder timing issues in relationships.

My best friend "Shelly" has been single for a long time. She started dating her girlfriend a few months ago and they just moved in together. I was shocked that she moved so fast. She said she has waited a long time, she's old enough to know what she wants, she's sure this is right — and she said I don't understand it's even harder in Alaska if you're gay to meet someone. All I know is I love Shelly to death and I'm concerned she's moving way too fast. I haven't even met her girlfriend and I'm allegedly her best friend. Should I mind my own business or should I be trying to get Shelly to pump the brakes?

Only two people really know what goes on in a relationship: the two people who are in it. So while Shelly may share with you her hopes and dreams — and while you may have been her confidant these past years while she searched — you can't be sure precisely what's happening in this current union, and if anything, should approach the situation with optimism versus skepticism.

But the question is valid: how soon is too soon to move in? Sometimes, in the deliriously hazy honeymoon stage, young couples leap into cohabitation without considering the realities. So I do think it's within your realm of best friend-dom to ask some legit questions, like: did Shelly and her gal have a frank chat about how expenses will be divided? Do they have a similar approach to tidiness versus clutter? And has she really considered whether she likes this lady enough to potentially have her around all the time? These are reasonable questions to ask a friend who is making a major life transition.

It is popular belief that relationship partners are truly the only people who know what's going down. But I've been in enough little misunderstandings, big arguments and nuclear meltdowns, as well as been dumped out of the blue a few times, to know that it's all blurry and no one really knows what's the hell is going on. Oh, and people cheat — emotionally, on the down-low and out in public. So really, you can only do your best to develop strong lines of communication and trust. But I digress …

Your friend's mind is made up — heck, they're already living together! So really there's nothing you can say or do at this point to change her mind or her address. But instead of doing an inquisition, why not do an investigation? Invite yourself over for a visit with the lovebirds at their nest to see how they're living, getting along and decorating the place. Bring some wine and Thai food and make a night of it. This will give you a clear view of your friend's living situation and relationship, and hopefully give your friend a vote of confidence from her bestie.

I met "Bob" a year ago. We have had an almost perfect relationship. He proposed at New Year's Eve and I said yes. I don't regret that a bit; I love him and am so excited to marry him!! But I feel like there are big conversations about the future we should be having and I don't even know where to start. What would you recommend a couple sort out before marriage?

The New York Times published this awesome piece about the big-picture issues a couple should broach before matrimony. It provides an excellent road map for navigating the path forward. Because let's face it: the connection, the sizzle and the excitement early on can be exhilarating, driving and motivating, but there is much more to life than sparks and fireworks.

For instance, do you want to live in Alaska forever? What's your philosophy on savings and retirement? How important is it to you that you have children? If you do, should they go to church? To college?

It's true that you can't figure it all out now. But it's also true that your marriage will start on stronger footing if you gain some alignment early on.

Oh my gosh, Wanda — I saw the same article! … and scrolled past it on the way to the Sports section. Looked complicated. Kind of like marriage. Ironic. Don't you think?

So, while I appreciate your enthusiasm, the whole getting married thing really is kind of a big deal. So pump your brakes and, yes, talk to the man you're about to marry about little things like money, religion, children, politics, living situations, retirement plans, parents, exes, favorite ice cream flavors, etc. Or just wing it. Maybe communication, like rocky road ice cream, is overrated.