Lights in the sky and mysterious gravesites: Seeking the supernatural in Western Alaska 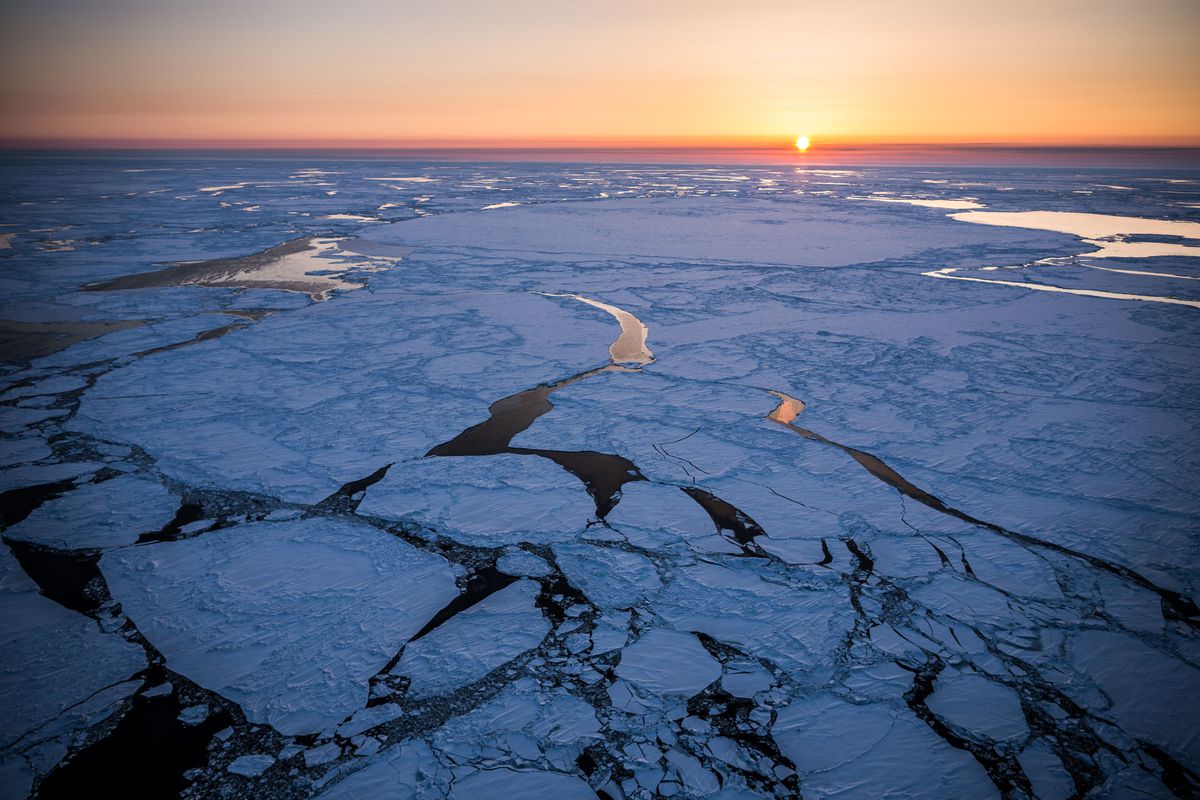 Unexplained lights in the night sky. Killer whales that transform into human beings. Bigfoot sightings. These are just a few of the supernatural phenomena described by the inhabitants of Alaska's Bering Strait region.

Those stories are being collected in a project documenting indigenous knowledge, beliefs and experience with the supernatural among members of 17 tribes in the region. It's the first large-scale effort of its kind, says Kawerak Inc., a Native nonprofit corporation in Northwest Alaska that is running the project.

The project aims to connect past traditions with contemporary life, according to Julie Raymond-Yakoubian, social science program director with Kawerak.

It will unveil unique cultural understandings of the environment – understandings that have historically been documented through a Western lens, Raymond-Yakoubian wrote in an email.

"A big motivation for this project was to be able to state Bering Strait understandings of the environment, on the terms of our tribes," she wrote.

Alaska has a long history of described supernatural occurrences.

There's the Iliamna Lake monster, a creature akin to Scotland's Loch Ness monster, thought to be lurking in the depths of the Southwest Alaska lake.

Bigfoot sightings are well-documented on the Yukon-Kuskokwim Delta, where the cryptid is known as Hairy Man. In 2013, Bethel newspaper The Delta Discovery recounted some of these witness accounts.

For the Kawerak project, "supernatural" is a catch-all term used to describe a broad array of phenomena and religious and spiritual experiences, Raymond-Yakoubian wrote.

They're documenting stories of shape-shifting animals, like killer whales that morph into humans. People have also described unidentified sea creatures, some of which look like worms, or have long legs and necks, somewhat similar to the Loch Ness monster, Raymond-Yakoubian said.

Raymond-Yakoubian has been surprised by the breadth of the accounts. Every trip to a community, she learns something new, she said.

Before setting out to gather contemporary stories she spent more than a year searching through archival materials. She has yet to hear oral accounts of some of the phenomena recounted in archives.

But other phenomena are discussed throughout the region.

"Little people" are one of the most common — they're small, human-like beings that possess special powers, like extraordinary strength.

"Every single one of the tribes has stories from their community about little people," Raymond-Yakoubian said.

Inukin, as they're called, are often described as wearing traditional clothing and using traditional tools in the Bering Strait region. Stories of similar beings are found around the world, like Iceland's "Hidden People," according to Raymond-Yakoubian.

In 1993, the Arctic Sounder ran accounts, republished in the Anchorage Daily News, from people who had seen or heard stories of Inukin. Flora Penn described seeing a little man sitting on the root of a driftwood tree smoking a pipe while she was out berry picking with a friend on a trip up the Noatak River in Northwest Alaska.

"He had a pointed head, a big nose and pointed ears. We tried to hide and watch him for about an hour. He just smoked and looked around. Suddenly he jumped up and began to run toward the high mountains," Penn told the Arctic Sounder.

For the current study, unusual, unexplained lights in the sky are another common story that has popped up in every community. Green, white, or red, moving or still, seen repeatedly or just once — there's no common pattern to what Raymond-Yakoubian has heard.

Then there are stories of places that have special powers, like certain burial sites that are known to draw travelers in even as the visitors attempt to avoid them.

"People know where a medicine person is buried along the coast, for example," Raymond-Yakoubian said.

The burial spot is often avoided out of both respect and caution. But sometimes, if it's dark or the weather conditions are poor, travelers have found themselves there anyway, despite making an effort to stay away.

Sometimes, people report trying to leave the place, just to wind up back in the same spot, Raymond-Yakoubian said.

"You'll have an unusual experience and you can't really get out when you want to," she said.

Seventeen of those tribal governments have agreed to participate in the project.

Kawerak started planning the project in 2012. In 2016, around $150,000 in federal funds were secured to fuel continuation of the research through 2018. As of March, more than 100 people had been interviewed and over a dozen focus groups had been held, along with storytelling events and community meetings.

Funding is being provided through the National Park Service's Shared Beringian Heritage Program, which provides grants that promote shared national resources and cultural heritage across the Bering Strait, in both the U.S. and Russia.

The project will culminate in a book manuscript and academic publications, and a summary of all the archival material they've gone through, Raymond-Yakoubian wrote.