My boyfriend's a fishing fanatic. How can I get him to branch out this summer? 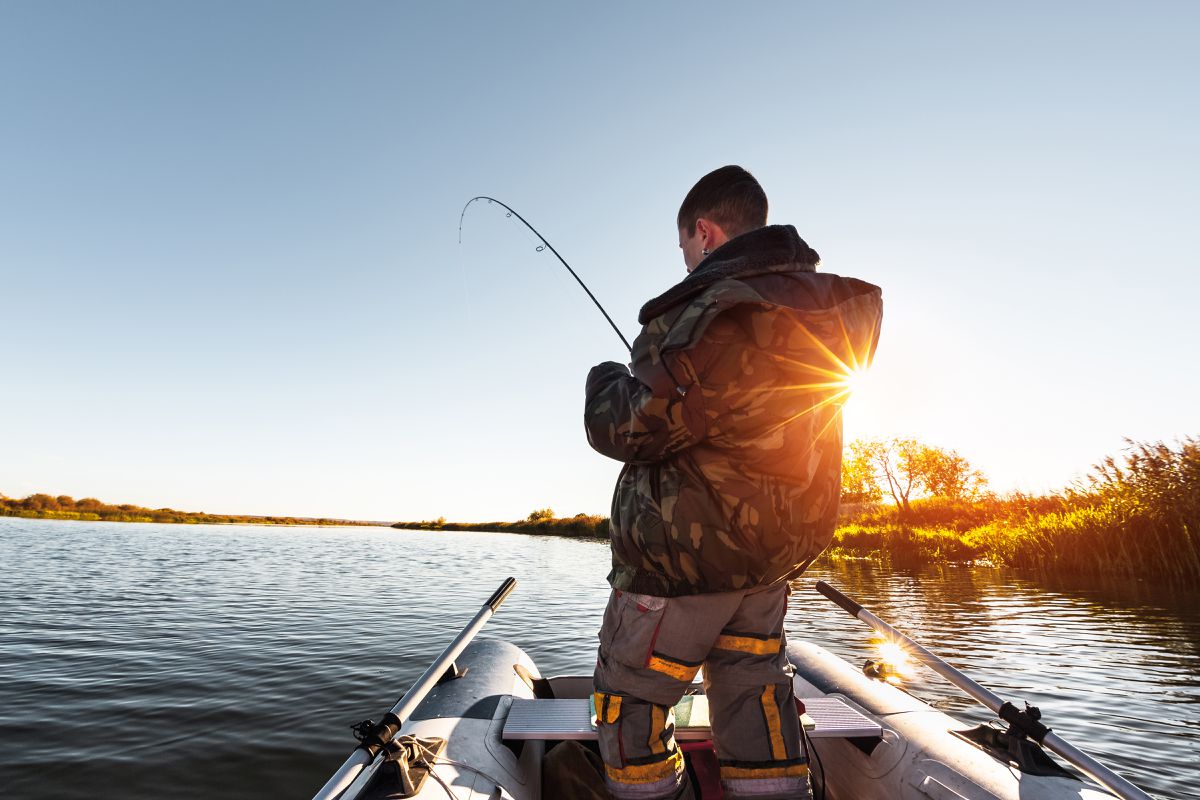 Another summer is fast approaching and I'm having a pretty big disagreement with my boyfriend about how we are going to spend our time. He is all about fishing and basically wants to go to the same two or three sites all summer long to fish. And no, I can't tell you where his super important, super secret spots are, because he'd probably break up with me. That's how serious he is about fishing.

Well, I love camping, and I love being outdoors in Alaska. So on that, we're on the same page. But I am tired of going to the same places over and over. I want to check out some different towns and spots. Guess what? Some of them don't have much fishing! So he doesn't want to go to any of those places. He says we can visit other places the rest of the year when it isn't fishing season. That's the stupidest thing I've heard. We all know that most of these tiny Alaska towns are basically closed for business if it's not summer.

I think we should compromise. He says he's only asking I prioritize his locations about one-fourth of the year so he already is compromising. Is there any hope? I'm ready for a change of scenery.

Sounds like this isn't your first rodeo — er, fishing season — and like you've had this fight before. And lost. But you're facing an illogical opponent who's annually blinded by the lure of the, well, lure.

Look, people who fish are crazy. For these spans of time each year, it is all about the fish: when to fish, where, with what, for how long, with what bait, what pole, what reel, fly, sinker, spinner and on and on. For those of us who fish rarely or never, it's a mysterious world of methodical repetition and nonguaranteed payoff, often amid really miserable weather. Simply put, if you don't absolutely love it, I don't think you'll ever truly understand the almost manic need so many Alaskans have to hit the boats, banks and riverbeds when nature calls.

Can you get your boyfriend to give up some of his precious fishing time? Probably not. Does that mean you have to stay at his side and give up your own summer dreams? Heck no! Gather up some buddies and set aside some time for your own adventures. Or split the difference and camp one night with your angler, then venture elsewhere to wrap up the weekend.

But don't think you're going to come up with some dazzling new argument that will convince this trout to change his spots.

We both know that summer days in Alaska are as fleeting as 50-pound kings pulling on 15-pound test. And we also know that your boyfriend clearly isn't going to compromise, which means you clearly aren't going to get your wish of visiting different camping spots with him.

So, how hooked are you to this guy? He's obviously a fishing lifer. He's also too obsessed, stubborn or apathetic to even consider taking a few weekends off from fishing to make you happy.

While it might not be time to cut bait, it's definitely time for you do your thing this summer and let him do his. Maybe you'll find that you really don't miss sitting around watching him fish all dang day in the same dang place every dang weekend. And maybe he'll suddenly realize that road trips, camping and fishing aren't as much fun without you around. Or maybe, just maybe, you both realize that he's a fishing fanatic and lost cause as far as this relationship is concerned. Just don't waste another summer wondering. Instead, pull out your map, make summer plans on your terms, and find out.