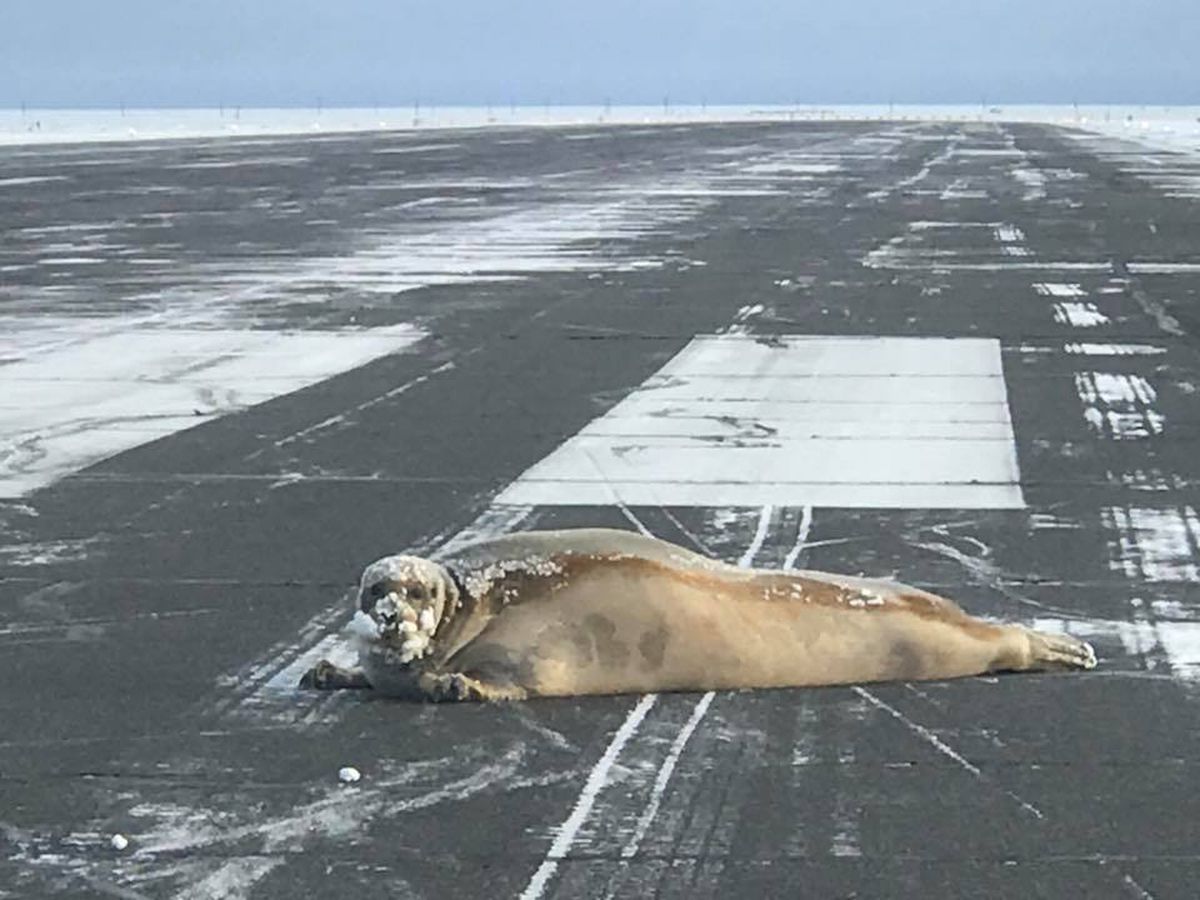 A seal hauled out and was found resting on the Utqiagvik (Barrow) airport runway Monday. (Scott Babcock / ADOT&PF)

A seal hauled out and was found resting on the Utqiagvik (Barrow) airport runway Monday. (Scott Babcock / ADOT&PF)

On Monday afternoon, an unexpected hazard showed up on the runway of the Wiley Post-Will Rogers Memorial Airport in Utqiaġvik, Alaska's northernmost city: a bearded seal.

Staff had cleared off the runway and returned to the airport shop around 2:30 p.m. when they got a call from flight services, Bailey wrote in an email.

"Our staff went to check it out and were surprised to discover that a seal was actually on the runway," Bailey wrote.

The bearded seal weighed around 450 pounds, according to Bailey.

The airport runway is about a quarter-mile from the ocean, "but this seal came around the runway, and our staff estimated it traveled about a mile," Bailey wrote.

"They loaded the seal onto a sled and pulled it off the runway with a snowmachine," Bailey wrote. No tranquilizers were used.

Wildlife on the runway pose significant safety hazards, according to Bailey. Birds make up more than 90 percent of airplane strikes. Mammal strikes are rare, Bailey wrote.

This summer, a jet hit a caribou while landing at Deadhorse airport. In Nome, musk oxen have to be occasionally ushered off the runway, too.

"On northern runways we see birds, caribou, polar bears and (musk oxen) … but no one recalls ever seeing a seal," Bailey wrote.

Utqiaġvik is home to about 5,000 people in Alaska's North Slope Borough.

"Aircraft operators should continue to be aware of low sealings at our North Slope facilities," the agency joked on its Facebook page.