For a couple from Western Alaska, ice fishing in Anchorage brings a taste of home 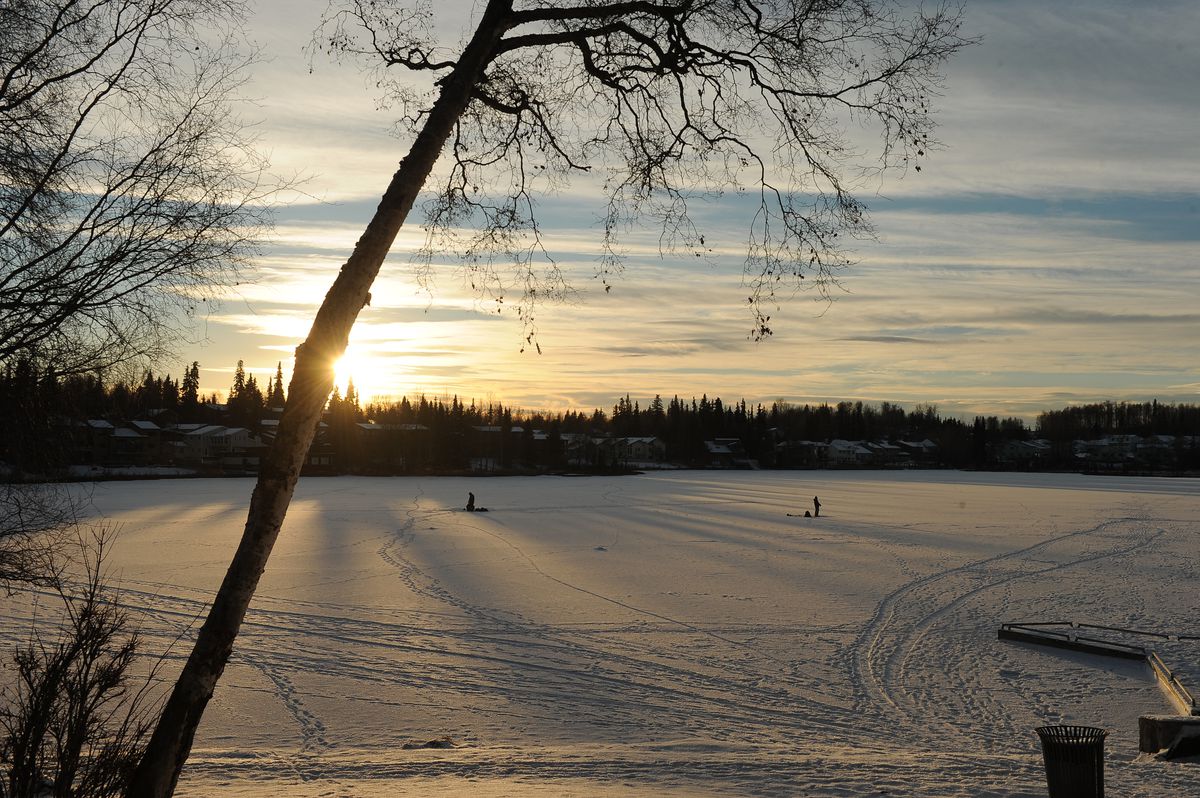 Blackfish were what Kimberly Pingayak and Christopher Hale were hoping for Dec. 23 as they fished on the ice of DeLong Lake. They caught more rainbow trout than blackfish before their fishing was cut short by a phone call.

Their young grandson was coming over to their house, and while fishing is important to the couple, their first grandchild, Leo Night, takes precedence. The couple packed up and hurried home to baby-sit him.

At home, hanging off the back porch was a braid of tomcod. Hale caught them while ice fishing in Unalakleet in November, and Pingayak braided the fish to dry them. They learned their subsistence skills in Western Alaska, where they grew up — Pingayak in Chevak and Hale in Hooper Bay. Now they live in South Anchorage and are, as Hale says, "urban Eskimos."

Hale works throughout the state on telephone systems and brings his fishing gear with him to use in his off-hours.

"The nice thing about fishing on the lakes in Anchorage is it gets you closer to home; it is therapy for the soul," Hale said.

Hale and Pingayak like to cook blackfish in hot water and eat them with seal oil, everything except the bones, including the innards. Pingayak said she cooked them in butter last time, and that was pretty good too.