Anchorage teens are brought to a ‘Black Panther’ screening, and one of its actors comes to them 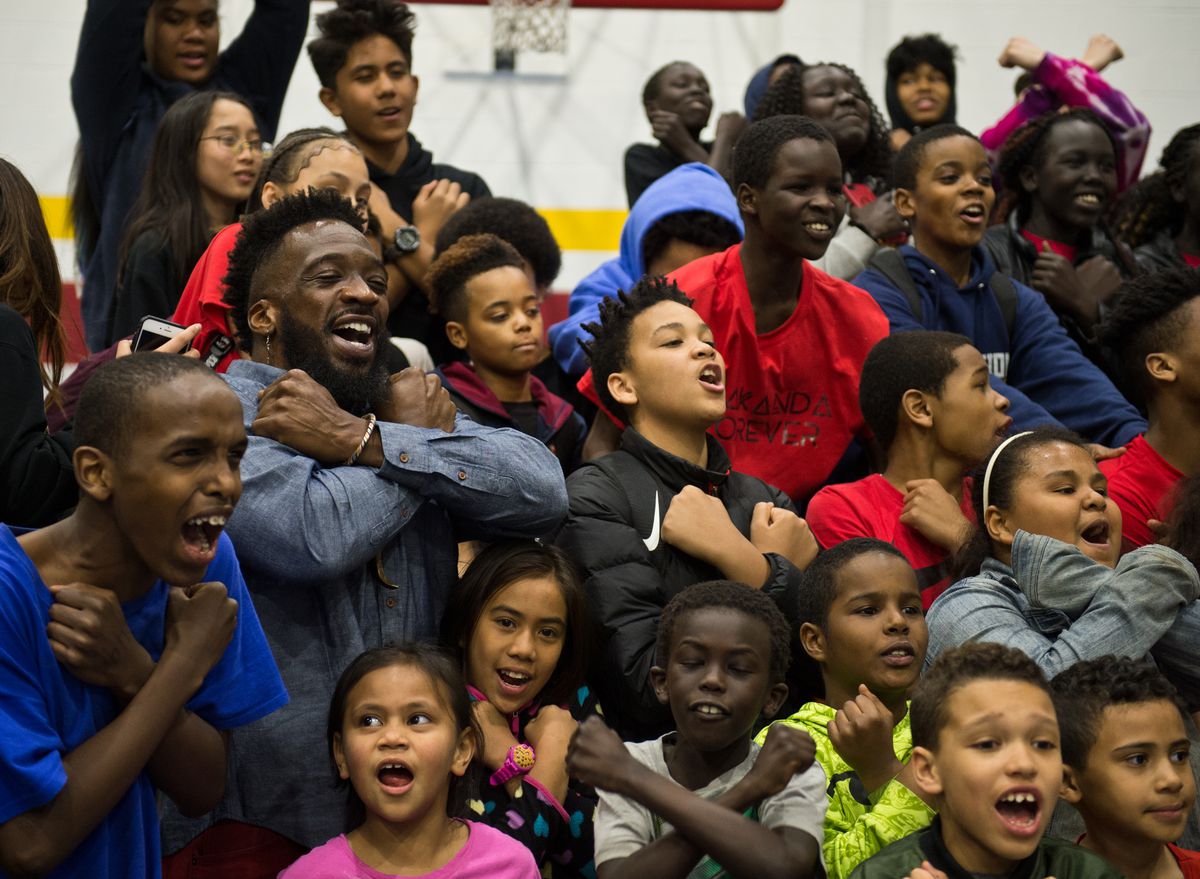 Teens from Mountain View, Muldoon, Fairview and Spenard got a chance to see "Black Panther" at a special screening organized by Anchorage Community Land Trust this week. Tour buses transported kids from three different Boys & Girls Clubs, as well as the Fairview Recreation Center, to the Century 16 movie theater Tuesday.

The effort was one of many Black Panther Challenge events held nationwide to help the film reach a broader audience. It was funded locally by a crowdfunding campaign that raised $3,193 in three days, according to ACLT.

On Friday, one of the film's actors, Travis Love, visited the Mountain View Boys & Girls Club. Love, who plays a Jabari warrior in the movie, will be the keynote speaker at the Wakanda Ball cultural celebration Saturday evening at The Center on Arctic Boulevard.

Kids crowded Love for autographs and handshakes. Love, a former teacher, led a warrior chant and posed for photos in what he called the "Wakanda Forever" pose, with arms crossed over the chest.

Love said being part of the film was a special opportunity for everyone involved.

"I could see it in people like Forest Whitaker, Angela Bassett, veterans of the industry. Everybody had such a sense of pride for working on this project, because they knew the impact that it would have once it was completed," Love said.

Love said the impact was a result of the positive depiction of black characters.

"I think it's just showing us in a different light, as opposed to negative stereotypes that are often portrayed."