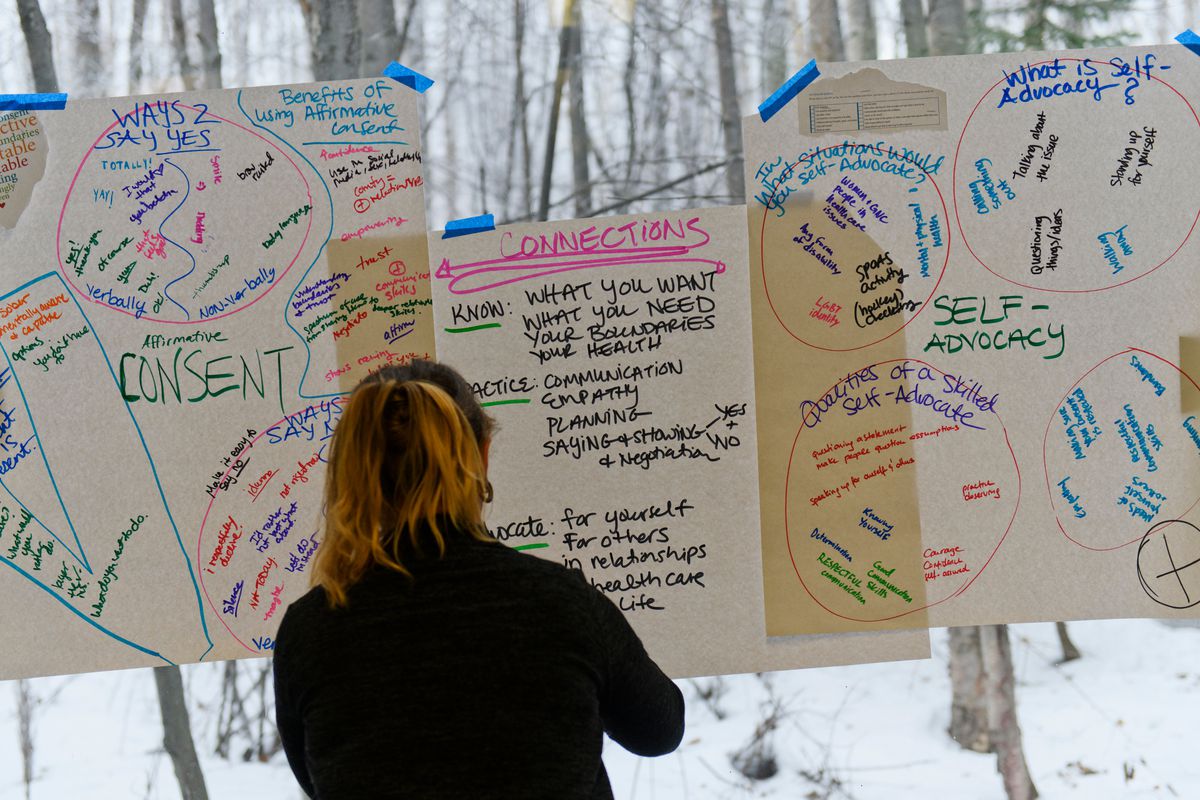 About 60 Anchorage teens and young adults gathered Monday to discuss advocacy and activism. The first Youth Empowerment Party, organized by teens, featured discussions on effective communication, how to speak with elected officials and how to hold a protest.

Participants gathered in groups with city leaders during one morning session. Another focused on strategic thinking for protests and campaigns. In the afternoon, students discussed “the power of knowing who has the power.”

Dieuleveut Biringanine, a first-year political science student at UAA who helped organize the gathering, said she’s motivated by a sense of ownership in the community.

“My goal here is to basically give young people the right tools that they need to get their voices heard.”

Biringanine, 18, speaks from some experience. As a Service High School student body president, Biringanine helped lead Anchorage March for Our Lives-related events to voice concerns about gun violence last year. Monday’s event, she said, is an answer to some of the dismissive attitudes she faced at the time, she said.

“That movement hasn’t stopped yet. And this is a product of that, for me at least,” Biringanine said.

Kengo Nagaoka, 22, a youth engagement coordinator for the Alaska Center, said he was encouraged by his interactions Monday and hopes it’s the first of many.

“Everything that’s happening in our state and our nation, our young people absorb that,” Nagaoka said. “And a lot of times there’s not enough avenues for them to really be active in making change.”

Nagaoka recalled that he was a senior in high school before he started to see himself as a leader. Then, as a student West Valley High School, he organized students to testify for changes to air quality regulations in Fairbanks. Monday, he hoped to share what he’s learned about advocacy.

“It’s really all about relationships,” he said. “You really have to bring your whole self into this work.”

Natalie Fraser, a 17-year-old West junior who helped organized Monday’s event, said more participants participated than she expected. She hopes they will feel as empowered as she did last year when she spoke to the Alaska Legislature to advocate for women’s rights and sex education.

“Just because you’re a young person doesn’t mean that you’re powerless,” she said.

Biringanine, whose family is from Democratic Republic of the Congo and came to Alaska from a refugee camp in Zambia ten years ago, dreams of one day being a United Nations ambassador working to ensure human rights and freedoms. In the meantime, she hopes to assist teens here in Anchorage.

“I have to do whatever I can for the people that are coming up, because Alaska is my home,” she said.