How to evacuate a plane 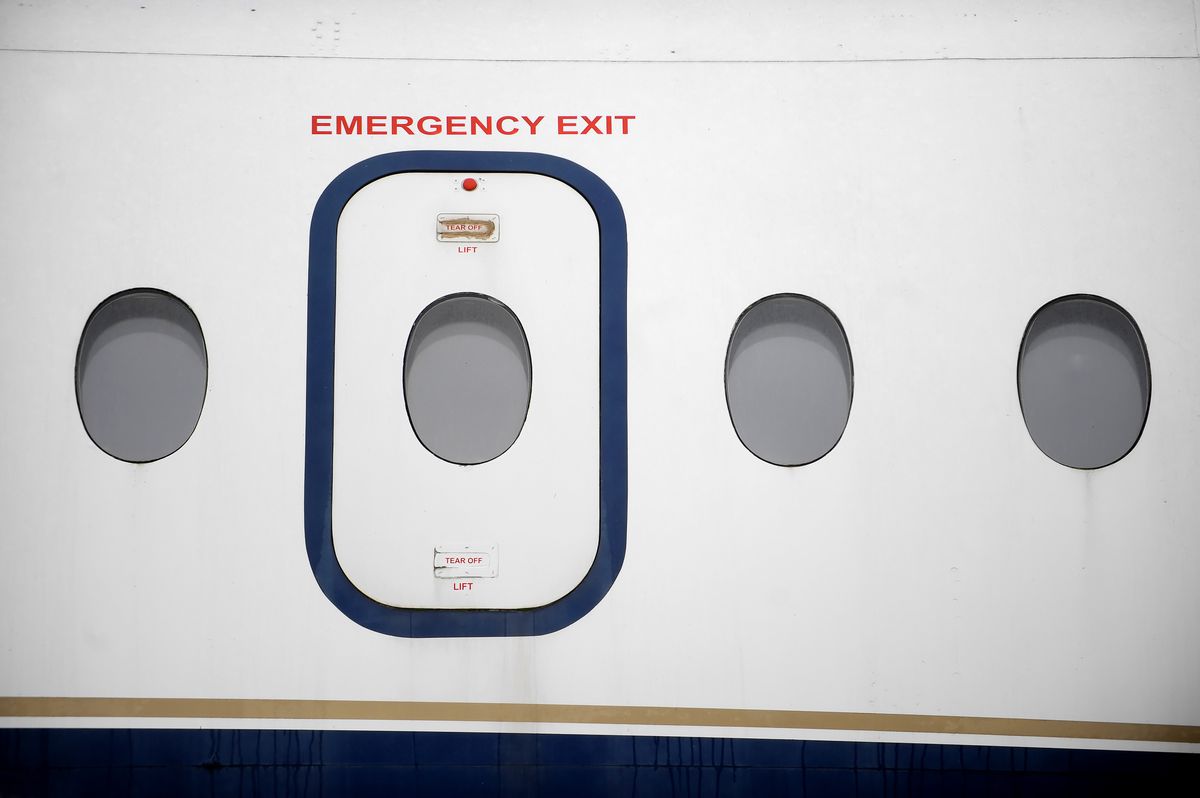 Chances are, you’ll soon hear a lot about how to evacuate a plane. The Federal Aviation Administration is expected to take a stand on minimum seat room in the next few weeks, and the ability to safely evacuate an aircraft will be an important factor.

It won't be the only factor, of course. Personal space on planes is more scarce than ever. The FAA will also have to decide when a seat is too uncomfortable, in accordance with a congressional mandate.

But how, exactly, do you evacuate a plane? It turns out the answer is pretty simple and involves staying informed, following the crew's instructions, and moving fast. Really fast.

The odds of you having to flee a burning plane are remote, at least in the United States. Most evacuations are orderly and anticlimactic. This year, for example, authorities evacuated a Norwegian Air Shuttle plane after receiving a bomb threat. Passengers disembarked in small groups.

But in an emergency, the evacuation is rushed. For instance, passengers used all available exits and the emergency slides to flee an Air Transat flight that made an emergency landing in Newark after a fire was reported in the cargo hold.

And unfortunately, sometimes the evacuation will be a life-or-death situation. That was the case when an Aeroflot jet made an emergency landing in Moscow in May, bursting into flames. The passengers in the rear of the aircraft couldn't escape the fire, and 41 people died.

What's the likelihood of that repeating itself in the United States? Greater than you would think, says Greg Raymond, a retired airport rescue firefighter and battalion chief. It's not just that passengers don't know what to do during an emergency. They also don't know where to go.

"Most people have no idea that the overwing exit exists," Raymond says. "They think they are just going to go to the nearest cabin door, pull the handle, deploy the slide and then exit the plane."

There's a little more to it.

You'll find emergency evacuation instructions on a card in your seat pocket. Take a look at the card, and find the exit near you. It might be behind you. As Raymond notes, it might also be an overwing exit, which you can reach from the emergency exit row.

That brings me to one of the complaints I hear most often from airline crew members. Hardly anyone pays attention to the preflight briefing, which contains important safety information. It's gotten worse since airlines relaxed their rules on in-flight use of electronic devices. Now it's too easy to continue checking emails and text messages.

“Count the rows between you and the nearest exit,” advises Mateusz Maszczynski, a flight attendant who publishes Paddleyourownkanoo.com, a blog for airline crew members. “If visibility is seriously reduced, you’ll need this information to get to an exit quickly.”

So what happens if there's an emergency landing? Again, the crew will give you instructions. There probably will still be time to count the number of seats between you and the nearest exit. Experts say you should have that exit in your sights. But in some situations, the cabin fills with smoke, and you'll have to feel your way toward the exit.

Leave all your belongings behind. A video of the survivors in the Moscow crash shows them fleeing the burning plane with their carry-on luggage. Some observers have speculated that time spent retrieving luggage may have contributed to passenger deaths.

Federal regulations require that it must be possible to evacuate an airplane with more than 44 passenger seats within a certain amount of time, usually 90 seconds.

As soon as you receive crew instructions to exit, get out - quickly. Every second counts, experts say.

It seems a successful aircraft evacuation may depend, in equal parts, on alertness, compliance and speed. But what happens to the carry-on you left behind? And what about your checked luggage?

There are no special provisions for luggage destroyed in a crash. For domestic flights, the government caps an airline's maximum liability at $3,500. That's the most that airlines have to pay a passenger for a lost bag. They may pay more, but they don't have to.

In short, always pack light and leave your valuables at home. You won't be able to take them with you in case of an evacuation, and the airline probably won't compensate you for them.

Then again, maybe legendary test pilot Chuck Yeager said it best. When I asked him about evacuations, he repeated one of the best one-liners in aviation.