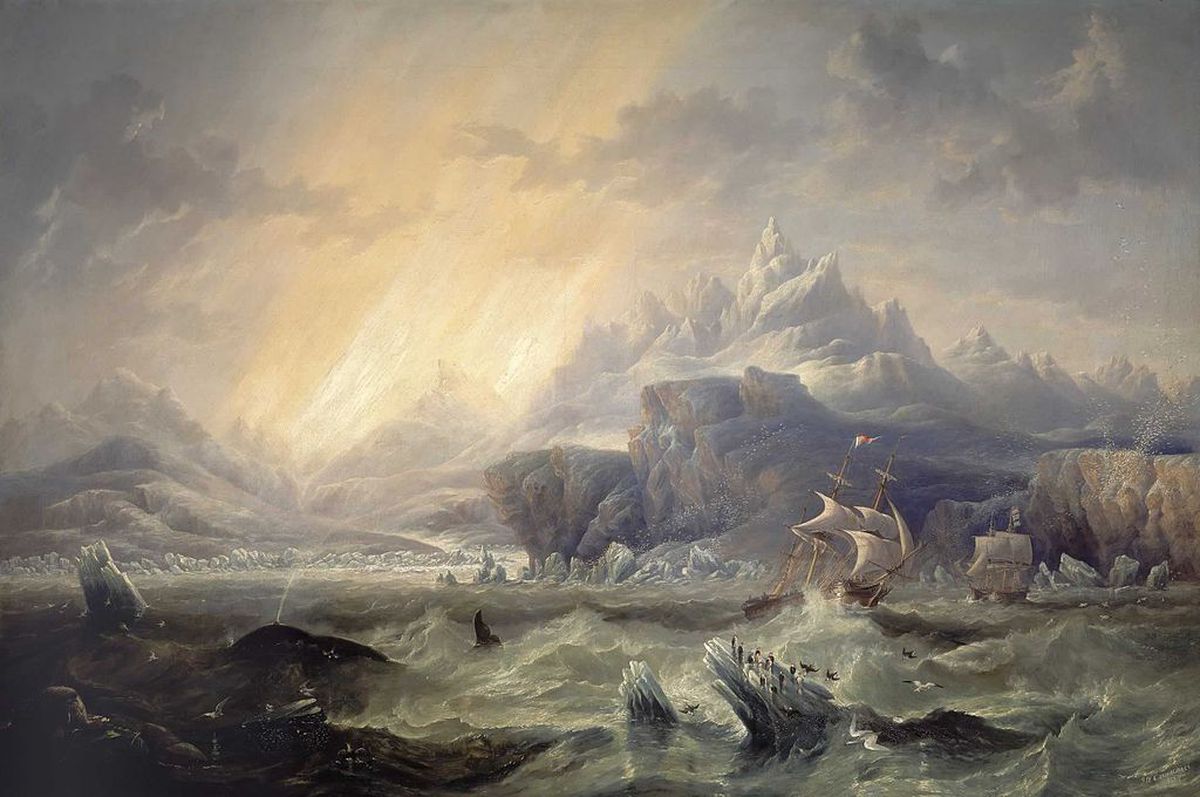 For Franklin Expedition fanatics, Russell Potter is a household name. The professor of English at Rhode Island College is known as one of the leading authorities on the history of the ill-fated attempt at finding the Northwest Passage. Two ships, the HMS Erebus and HMS Terror, set off from England in 1845 under the command of Sir John Franklin and headed into the arctic, where both vessels and all 129 crewmen vanished, leaving behind only a handful of clues and a mystery that has obsessed individuals and governments ever since.

Potter, the author of “Finding Franklin: The Untold Story of a 165-Year Search,” will be in Anchorage on Saturday, Sept. 21, as part of a daylong symposium at the Anchorage Museum titled "Lost and Found: Uncovering the Mystery of the Franklin Expedition.” He will be joined by two other well-known authors who have explored the story, David Woodman and Pulitzer Prize-winning journalist Paul Watson, as well as University of Alaska anthropological archeologist Anne Jensen. The discussion comes a week before the closure of “Death in the Ice,” a major exhibit on the expedition that has been featured at the museum all summer.

"Death in the Ice" has been on loan from the Canadian Museum of history, and presents what is known about the expedition, which completely broke down and ended in starvation and cannibalism along Canada's Arctic coast.

Potter said he met with lead curator Karen Ryan early in the planning stages, but described his own contributions as “really very modest.” He is highly enthusiastic about the results of Ryan’s efforts, however. The exhibit comes on the heels of the long-sought discoveries of the two shipwrecks, the Erebus in 2014 and the Terror in 2016.

"The exhibit really is a groundbreaking one," Potter said. "Not only does it feature unique objects from museum archives, but it puts them right alongside items recovered from Franklin's flagship. In addition to that, it includes the Inuit part of the story, showing how their oral history helped find that ship. These three elements have never been brought together before with such force and clarity."

Discussing this Saturday’s event, Potter said, “The symposium will build on this, both through discussions illustrated by specific objects, but also by looking at the many histories connected to the Franklin saga, which of course has a special resonance in Alaska. Few people probably know, for instance, that Lady Franklin (Franklin’s widow) visited Sitka in 1870. She was hoping that some documents or artifacts from her husband’s men might have made their way there.”

While well known in Franklin circles for his extensive knowledge of the story, Potter said his efforts have been primarily directed toward information-gathering rather than actual discoveries. “My main work has been to connect the dots,” he said. “Sorting out the connections between organized searches, the Inuit testimony, the physical evidence, and the archaeological and forensic findings.”

He added, “Of course every new detail is exciting.”

Potter said he first heard of the expedition through the song “Lord Franklin” by the 1970s British folk rock group Pentangle. “Once I started reading about the actual facts of its disappearance, I realized the extraordinary depth of feeling it stirred in the 19th century, and still stirs today,” he said. “I’ve been at it now for more than 25 years.”

Along the way he’s met many others who suffer from what he calls “Franklin Fever,” or “Franklinitis.” It’s a condition he described in “Finding Franklin,” wherein certain people, upon learning of the story, are unable to let it go, soon finding themselves reading books, watching videos, and networking with other obsessives.

"It's one of those stories that is fairly simple to relate, and yet which has numerous unresolved aspects which can easily lead people down the rabbit holes," he said. "And some people love going down them. It also has pretty powerful historical significance. And there is always more to learn. So, in the sense that it becomes a feverish interest, there really is no known cure!"

The finding of the wrecks has only added to the fever, he said. "Knowing the location of the ships is an extraordinary leap forward, and each season will bring a steady trickle of additional artifacts and finds. It may be possible to determine whether one or both vessels had been under sail, or we may find written documents that indicate this. What we need most of all is a timeline, so any dated materials will help fill in the vast blank in the story that begins with the initial abandonment of the ships. I know it's also one of the underwater archaeologists' goals to get a picture of life aboard ship, and bring a personal connection, when possible, to individual sailors and officers."

Meanwhile, Potter will continue to share his enthusiasm for the story through various means. including this weekend’s symposium, his website and his personal blog (visionsnorth.blogspot.com).

“We even have a Facebook group, Remembering the Franklin Expedition, which is nearing 2,000 members from around the world,” he said. “It’s been a very exciting ride and there seems no sign of its stopping anytime soon.”

“Lost and Found: Uncovering the Mystery of the Franklin Expedition” is 9:30 a.m. to 5 p.m Saturday at the Anchorage Museum auditorium. It will include presentations, a panel discussion, and a tour of the “Death in the Ice” exhibit. Registration is required. Admission prices are $35 nonmembers, $30 members, $20 students. Box lunches are available for purchase. For more information, visit on.adn.com/2lZiUvu.

11:45 a.m. “Northernmost Village on the Continent: Nuvuk and How the Franklin Expedition Contributed to Our Knowledge Despite Never Reaching Alaska” with anthropologist Anne Jensen

3:30 p.m. “The American Search for Franklin” with author and professor Russell Potter, author/professor