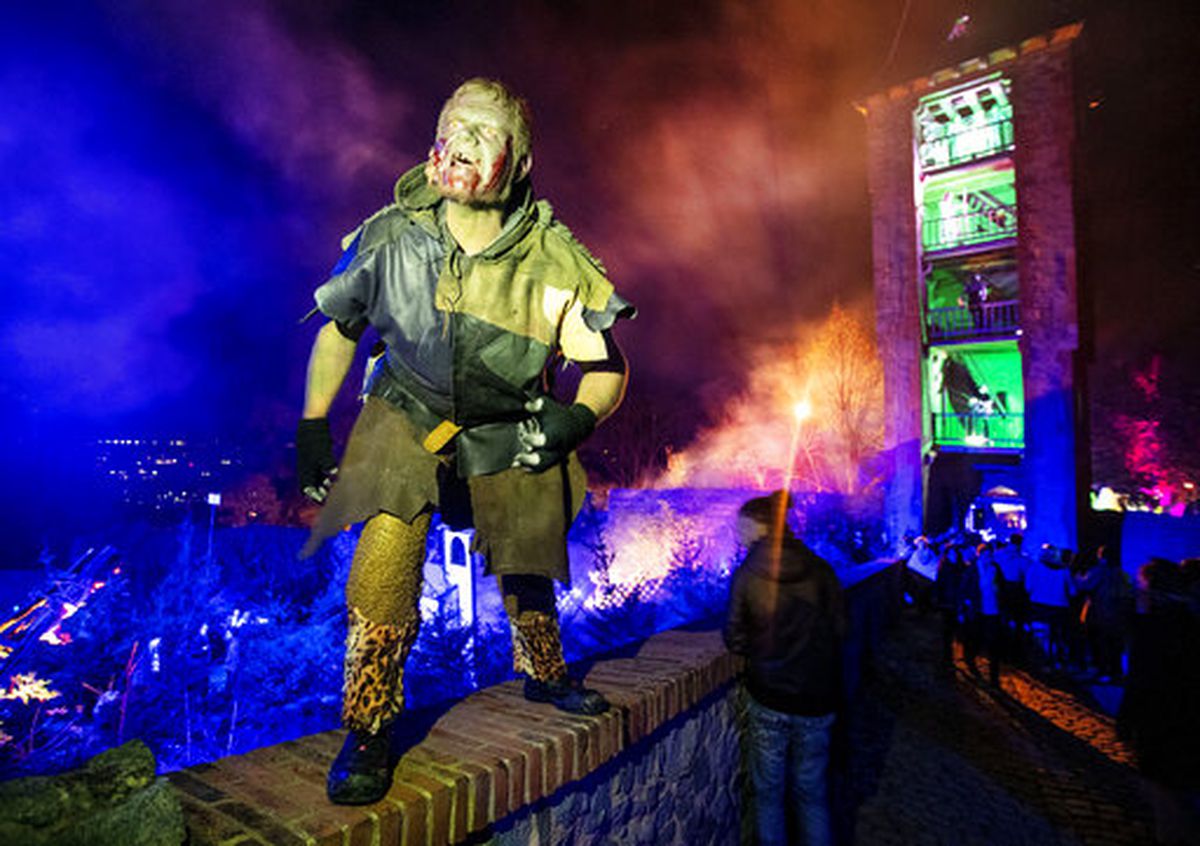 It is unclear why exactly the pranks got so bad. Irish immigrants had carried over the Halloween tradition of pranking to the United States, but they had been pretty innocent. One of the most popular was to disassemble a neighbor’s front gate and reassemble it on top of a building. That one was so common that some people called Halloween “Gate Night.”

But by the 1920s and '30s, teenage boys had co-opted the pranking tradition, and they were on a Halloween warpath. They broke streetlights. They started fires. They tied wires across sidewalks to trip people.

A Takoma Park, Maryland, girl nearly lost an arm after being hit with a stone by Halloween-inspired kids in 1939. A man nearly lost his eyesight after he was hit in the face with a stone in 1932, according to a report in The Washington Post.

In Fairfax, Virginia, in 1929, roving bands of boys set off dynamite on their school grounds. Another group pulled boards and a large stone into the road and then covered it with leaves, causing a traffic accident. A similar prank killed three people in Waukegan, Illinois.

"They were costing cities millions of dollars even in the early '30s," said Lisa Morton, author of "Trick or Treat: A History of Halloween," in an interview with The Post. "There were a lot of cities that were really considering banning the holiday at that point. It was really, really intense."

Parents and civil groups needed a solution. A distraction. Or a bribe.

And from this cauldron of parental panic, they pulled out an idea that, to this day, is part of what defines American Halloween.

They thought to throw the kids a party, but "because this was the Great Depression, a lot of people didn't have the money . . . so one of the first things they did was called 'house-to-house parties.'"

The entire block would chip in. At the first house, you might get a costume - perhaps a sheet to be a ghost. The next house might give you some candy.

If that sounds like our modern-day trick-or-treating, yes, Morton said, that's where it comes from.

"One of the most common misconceptions about Halloween is that trick-or-treating is some ancient ritual that goes back thousands of years," Morton said. "No, it really is less than 100 years old."

But the denouement would be the house with "a simple haunt situation set up, often in their basement.

"They would take the kids down the stairs, and it would be really dark. And they would play that classic thing where they might tell the kids to put their hands in a bowl of peeled grapes and tell them it was eyeballs, that sort of thing."

A 1937 party pamphlet Morton quoted in her book offered tips on how to create a low-cost but terrifying experience:

"Hang old fur, strips of raw liver on walls, where one feels his way to dark steps . . . Weird moans and howls come from dark corners, damp sponges and hair nets hung from the ceiling touch his face. . . . At one place 'Tige' who is a guard dressed as a dog, suddenly jumps out at him, barking and growling . . ."

Pretty soon, the civic group called the Junior Chamber, also known as the Jaycees, got in the action. They sponsored "trails of terror" - basically outdoor versions of house-to-house parties in an open field.

The plan worked terrifically, and within a few generations the dangerous pranks were nearly eradicated, replaced by haunted houses and trick-or-treating.

The Jaycees upped their game, but in the 1970s, no one did it better than the Christian group Campus Life. They had mazes, costumed actors and lots of gore in charity haunted houses all over the country.

"I went through one when I was, like, 12, and it was kind of traumatic at that point," Morton said. "You would sit down on a bench to watch an operation, and the bench had actually been wired to give you little electrical zaps."

Itsi Atkins, whom The Post's John Kelly wrote about in 2016, claims to be one of the first people to open a professional, interactive haunted house business. He opened Blood Manor in St. Mary's County, Maryland, in 1971.

Haunted attractions nowadays have to follow safety regulations, and offer all kinds of frights. There are haunted houses in abandoned prisons, "zombie" strip malls and on-the-market real estate; "hell houses" from evangelical groups who try to scare visitors into salvation; and even "haunted trap houses" that warn people about the real-life horrors of opiate addiction.

Scaring people, young and old, is a big business.