Is a drunken cow really the reason that Spenard Road is so curvy? 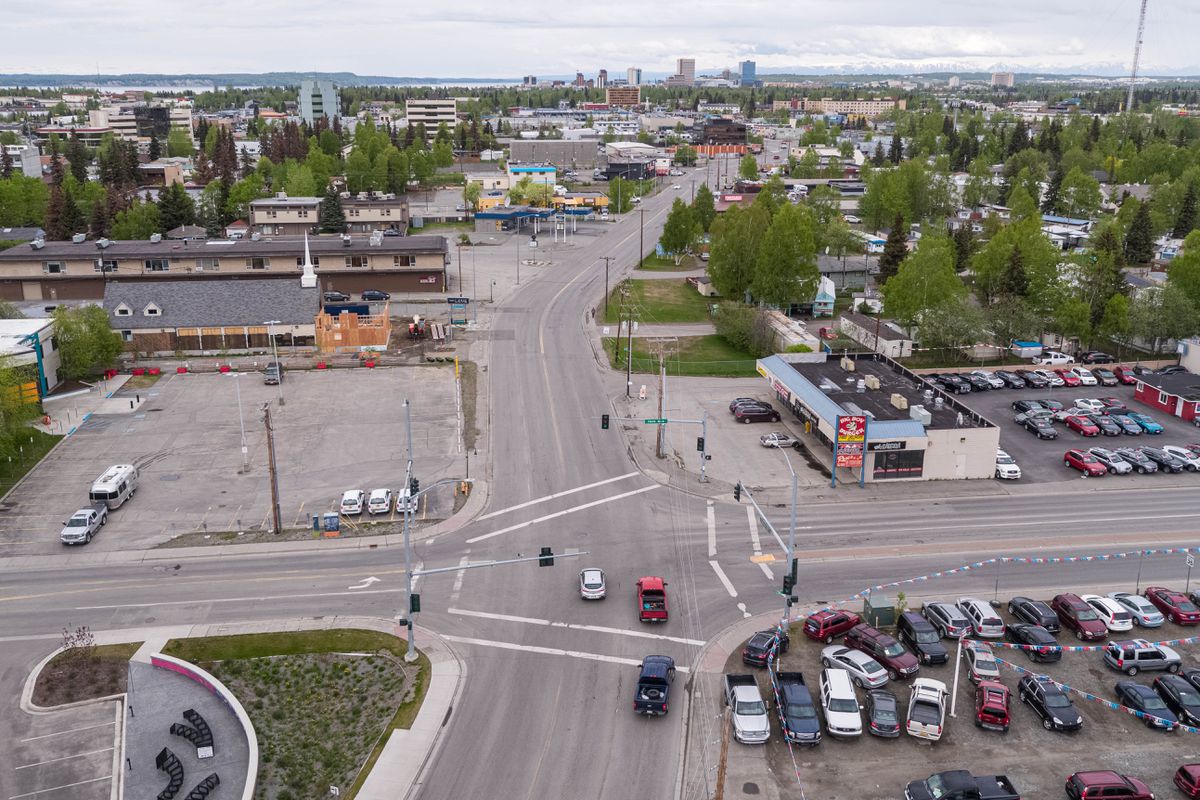 This is the second column about the history of Spenard (read the first column here), part of a continuing weekly series on local history by local historian David Reamer. Have a question about Anchorage history or an idea for a future article? Go to the form at the bottom of this story.

Spenard Road — like the neighborhood — takes its name from Joe Spenard, an early Anchorage businessman with little respect for anything so bothersome as laws. Assisted by the Bill’s Club, which became the Anchorage Elks Club, Spenard illegally carved the road through national forest land in 1916, from the edge of town through to his similarly illegal Lake Spenard resort. He also illegally sold the resultant lumber. The resort burned down in May 1917, and Spenard left Anchorage for good that fall. More than a century later, the name and road remain.

[Read more: How a squatter, bootlegger and showman gave Anchorage’s most renowned road its name]

Joe Spenard did not name the road after himself. In fact, he did not name it all. The road and lake became associated with him during his local tenure. After he left Anchorage, the name stuck through some combination of laziness and a lack of imagination. For this same reason, an Anchorage school, park and neighborhood are named for a convicted murderer, Jacob “Russian Jack” Marunenko.

For its few decades of existence, locals called it the Lake Spenard road, with the latter word intentionally left in lower case. It was just the road to Lake Spenard. And that road was nearly more path than road. Through the 1930s, it was a narrow, often muddy, frequently impassable track. In those days, the unpaved road was graded soon after snowmelt. But despite annual warnings, motorists refused to wait for the road to harden, instead leaving deep ruts in the freshly graded surface. Those ruts dried and created a bumpy, unpleasant experience for motorists.

There was also no Spenard community at this time. At most, there were perhaps 100 people living in homesteads and cabins in the wider area. The first actual development in the Spenard area came in 1946, when Earl Hillstrand opened a subdivision around the intersection of Fireweed Lane and Spenard Road.

Spenard Road’s identifying characteristic is its erratic course. The most notorious section of the road is what was for decades called “Deadman’s Curve,” today the section of Spenard Road between East 36th Avenue and Minnesota Boulevard. Old-timers likely recall the white crosses that decorated the curve, memorials for fatal traffic accidents.

By the early 1950s, Deadman’s Curve was Spenard’s most prominent landmark. Area residents and businesses described their location based on it. There were the occasional humorous juxtapositions, such as when Anchorage’s first Dairy Queen advertised its location as simply “Deadman’s Curve.”

The history of businesses along Deadman’s Curve tells a simplified story of Spenard. In the 1920s, the curve was the home to the McCain Ranch, a boarding school. The name survives as the McCain Loop. As Spenard boomed into a community in the late 1940s and early 1950s, the area housed car dealerships and new trailer courts, answering the housing and transportation needs of a hope-filled generation.

By the 1970s, Spenard Road was Anchorage’s red-light district, and the most well-known business along the curve was a notorious strip club, Papa Joe’s. Also known as PJ’s, it closed in 2010 after the owner was convicted for using it as a cocaine distribution front. But today, that site hosts modern mixed-income housing built by Cook Inlet Housing Authority in 2017.

The true reasons for the road’s curvy path are lost to history. Most likely, they are idiosyncratic to the builders and of the moment. That is, perhaps the workers avoided particularly marshy or wooded sections in favor of drier, clearer, and easier-to-build-upon land.

Broadcaster and author Ruben Gaines concocted a tall tale to explain the road’s winding path for his old Beluga Bugle radio show. The undated audio recording is available online and only a minute long.

Said Gaines, “it’s known to everyone that the route of Spenard Road was laid out by an alcoholic cow.” The cow was “stiff as a plank from having dined on fireweed from the slopes of a landmark known as Romig Hill.” From there, the intoxicated bovine meandered “toward her lover who awaited her in the regular trysting place on Spenard Lake where a motel now symbolically stands. The road builders followed the cow’s footsteps faithfully and did not deviate a step.” Funny story, though not accurate.

A 1932 Spenard Road anecdote offers some insight into both the road quality and life in Anchorage. That February, a heavy snowfall left insurmountable drifts across the road. As noted by the Anchorage Daily Times, “This means that the school bus cannot operate in that direction but it does not mean that all of the children living along the road are going to stay at home. They will walk to and from town as long as weather conditions will permit and until the road is plowed out so that cars can get over it.”

Historical research tends to undermine myths and legends. History can be dispassionate that way, popping the balloons of cherished beliefs. But in this instance, history backs up the stories, lends some truth to the legends.

Yes, children in the old days really did have to walk 2-plus miles to school, up and down hills, and through the snow.