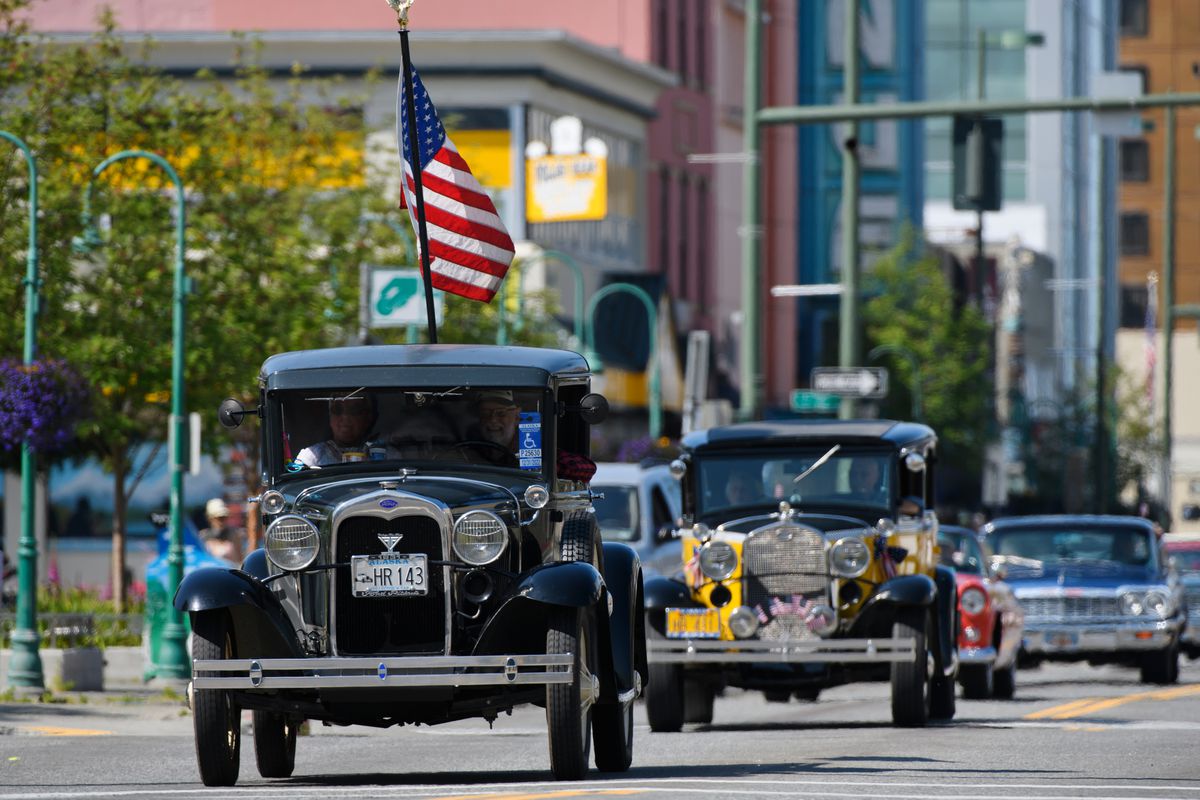 Carl Godsoe drives a 1931 Ford Model A pickup and carries the US flag as drivers from the Antique Auto Mushers of Alaska head east on Fourth Avenue on July 4, 2020. (Marc Lester / ADN)

Carl Godsoe drives a 1931 Ford Model A pickup and carries the US flag as drivers from the Antique Auto Mushers of Alaska head east on Fourth Avenue on July 4, 2020. (Marc Lester / ADN)

Drivers of classic cars gathered in Anchorage for a makeshift parade around the city on Independence Day. Organizer David Jensen, president of the Antique Auto Mushers of Alaska, said the event grew from the cancellation of the traditional Fourth of July parade in Anchorage and the reduced opportunities for people to gather due to COVID-19-related concerns this year. A pop-up parade, he hoped, would bring some joy to people they pass while keeping participants safely distanced from one another, Jensen said.

“It brings smiles to everyone’s faces when you share a car that’s been restored,” Jensen said.

About 25 vehicles — a Hudson Commodore, a Cadillac Eldorado, a Chevy Bel Air, a Ford Mustang and many more —gathered at the Midtown Mall for the ride. Together, they passed through parts of West Anchorage, Fairview, downtown, Airport Heights and Eagle River. That included passing through the driveway of the Anchorage Pioneer Home. There, a few residents watched and waved from the front entrance and from the windows above.

“We let them know ahead of time so some of the residents can look out the windows and enjoy some of the cars that they probably were all driving at some point when they were much younger,” Jensen said. “That always brings smiles to folks because it brings back memories.”

The Antique Auto Mushers were joined by drivers from the British Sports Cars Alaska group and the Midnight Sun Street Rod Association.