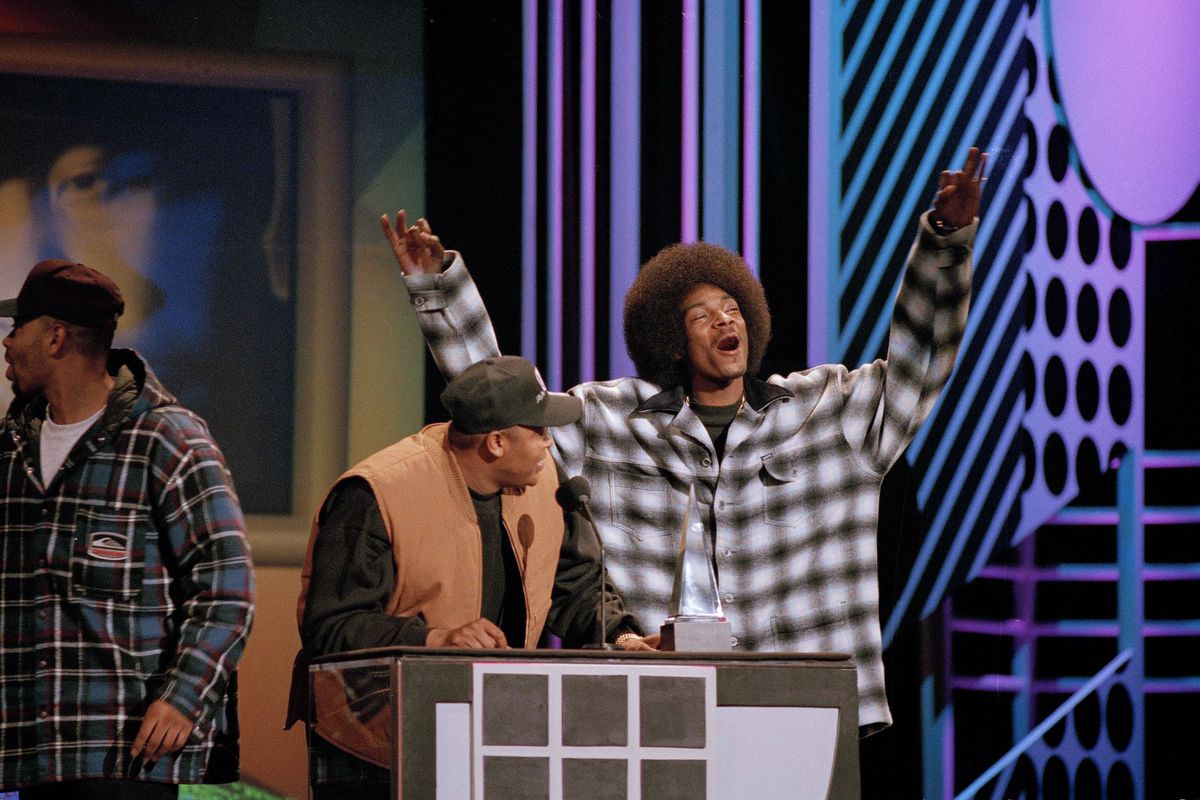 It was summer of 1990, and Anchorage’s leading bowtie enthusiast, Mayor Tom Fink, put his foot down hard. The doors to the city, or at least to the convention center, were closed to those malicious Outside forces that threatened to disturb the peace. “I don’t know why we should invite that kind of trouble,” said Fink. Employing the full power of the mayor’s office, he successfully blocked a rap concert.

When rap began to enter the American mainstream in the 1980s, in small ways at first, there was a strong pushback from older Americans. To many, rap was a scary cultural innovation, strange, other and even possibly violent. Delving deeper, the roots of this moral panic were partly racial, partly the evergreen backlash by older generations against younger, and partly a cyclical lashing out. From comic books to Dungeons and Dragons to Momo challenges, American history shuffles through these typically unsubstantiated fears, sometimes even repeating itself in different decades, as with rock music.

Selective reporting of the rap scene helped create these fears and subsequently fueled them. During the 1980s, Anchorage had two daily newspapers. Both papers tended to glorify the worst aspects of the culture, as when they used the same image of a young woman dripping with blood in the aftermath of a fight at a 1986 Run DMC show. Before the rise of the internet, Americans who lived off conventional news sources encountered far more negative than positive stories about rap.

While many local and touring rappers played Anchorage in the late 1980s and early 1990s, only the safest acts received mainstream attention. In 1989, Salt-N-Pepa and Kid-N-Play performed together at Anchorage’s Alaska Center for the Performing Arts. The advertisements for the show equally hyped their skills and “outstanding, positive shows.” Salt-N-Pepa was still two years away from releasing the hit single, “Let’s Talk About Sex.” The following spring, Rob Base headlined a rap festival at Sullivan Arena. A local reviewer approvingly noted, Base “does not dwell on social problems or political issues, he does include positive ideas.”

In Florida, Gov. Bob Martinez ordered an inquiry into whether the album violated state obscenity laws. In 1990, two courts successively ruled the album was obscene, and sales were banned within the state. Some Florida police departments went so far as to run undercover stings on records shops. And that June, just two months before scheduled to appear in Anchorage, three members of 2 Live Crew were arrested on obscenity charges. They had performed material from “As Nasty As They Wanna Be” in a Florida club. While awaiting their day in court, a scheduled concert in Dallas on July 7 devolved into a near riot when the band refused to perform after not being paid.

This was the context for Mayor Fink when he decided, only a handful of days after the Dallas concert, to bar 2 Live Crew from performing at the Egan Center. Not that he needed to say it, but Fink also admitted, “That’s a brand of music I don’t know anything about.” The promoter had the option to appeal but instead chose to cancel the concert. The members of 2 Live Crew charged with obscenity violations were later acquitted.

Four years later, Anchorage essentially repeated its drama with rap stars, substituting Snoop Doggy Dogg in for 2 Live Crew. Snoop was scheduled for a Dec. 30, 1994, show at Sullivan Arena. Once again, most of the local coverage of Snoop in the lead up to the concert focused on legal issues. Most significantly, in August 1993, he was arrested and charged with murder. To be specific, a bodyguard was suspected of the actual murder with Snoop as the getaway driver. Both were later acquitted.

As the concert approached, a Daily News editorial on Snoop asked readers to “reject his message” due to his criminal connections and misogyny. One letter to the editor criticized the paper for not holding rock and pop acts to the standard, from Frank Sinatra’s mafia ties through Guns N' Roses. The editorial also labeled Snoop a “drug glorifier,” which is amusing in context, without even accounting for marijuana’s later legalization. None other than fellow weed aficionado Willie Nelson opened Sullivan Arena to great local acclaim in 1983.

Far more an impediment than an editorial, the downtown Hilton hotel canceled Snoop’s reservations the day before his arrival. Eleven rooms for him and his crew had been booked in advance, total cost about $2,800. “We really weren’t interested in having them stay at our hotel,” said the Hilton’s general manager.

Many in town petitioned Mayor Rick Mystrom to act as Fink had and bar Snoop from playing at the city-owned arena. However, Mystrom preferred not to legislate morality and declined to act. Reminiscent of Fink, a mayoral spokesman awkwardly added, “rap is not the favorite entertainment form of the Mayor.”

Despite the lack of a Tom Fink-style ban, the conclusion of the episode was underwhelming. Perhaps due to the poor press, ticket sales were low, and attendees only filled about half the arena. The shoddy sound system, including a mostly inaudible backing track, forced some to leave early. Dogg himself was an hour late before he assumed the stage, clad in a Barry Sanders jersey. And rather than riot as feared, the mostly young crowd filed out sedately at the end.

With rap firmly ensconced within the American mainstream, the decades-ago moral panic about the genre now seems somewhat quaint. Snoop Dogg remains a celebrity and even returned to Alaska in 2010. If any Anchoragites hold some lingering grudge against him, it is most likely due to his unfulfilled 2014 promise to return to Alaska if marijuana was legalized.