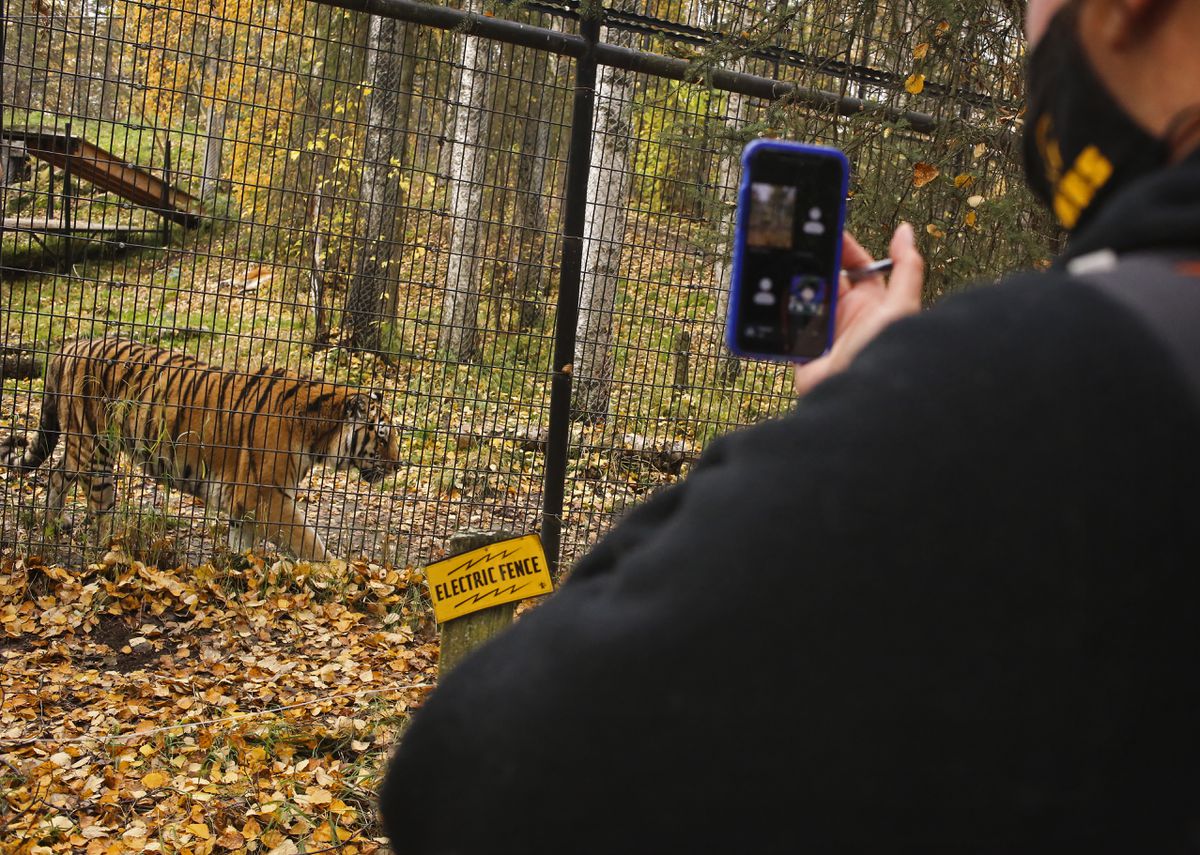 This year’s field trip to the Alaska Zoo looked a little different for some Anchorage students who watched bears nap, ducks waddle and yaks scratch from behind a screen.

“So this is what in person is right now," she said as she walked, phone in hand, to the next exhibit. "You’ve gotta make the Zooming more interesting.”

Hubbard, who has taught for the past 23 years, spent the afternoon teaching her students about animal classifications including kingdoms and domains. She pointed out the ungulates, although she was unsure if the phone screen would show their hooves, while highlighting the difference between horns and antlers.

Hubbard was initially worried about the struggles of getting to know her new students virtually at the start of this school year but has been surprised at how well it has gone.

On her way to the black bear exhibit — a request from students, who wanted to see a tiny cub recently acquired from Ketchikan — she stopped and showed her students the yaks, which cautiously wandered closer, stopping to scratch against a tree. “Dang, they’re bigger than a cow!” shouted one student.

Students took turns writing out questions in the Zoom chat box for Hubbard to answer while she was walking on the leaf-covered trail to the next exhibit. One student asked if they had to pay her over Zoom for the field trip. She laughed and said no.

“The kids are putting in so much effort ... despite all the odds,” said Hubbard, who had one student call in from Utqiagvik for Tuesday’s class.