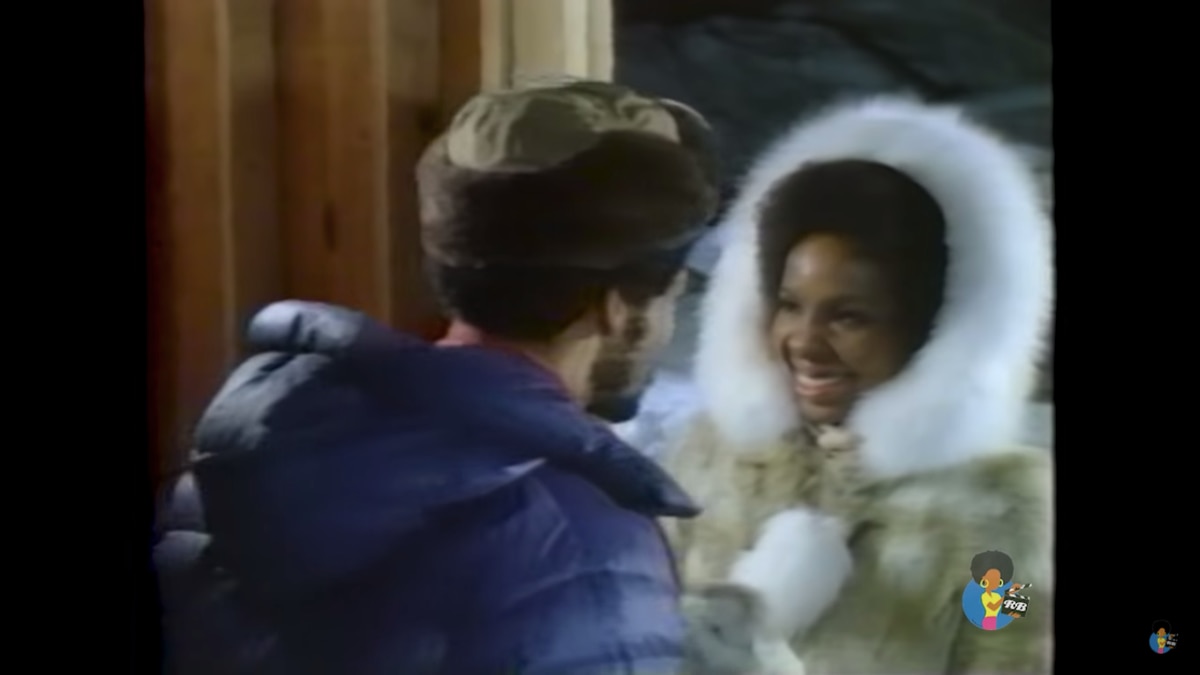 Gladys Knight in a scene from the 1976 film "Pipe Dreams."

Gladys Knight in a scene from the 1976 film "Pipe Dreams."

A blaxploitation movie shot and set in Alaska starring one of the nation’s most famous singers in her acting debut would seem like it would be memorable. Moreover, the film captured Alaska at a pivotal moment in its history, during the construction of the trans-Alaska pipeline. Instead, the 1976 film “Pipe Dreams” is a largely forgotten flop, a downer piece of trivia in the otherwise sterling career of its lead, Gladys Knight.

An unsurprising number of movies have been set in Alaska, as far back as the 1914 film “Spoilers” about the Nome Gold Rush. Other notable movies set in Alaska include the 1960 John Wayne starring “North to Alaska,” the 1995 animated feature “Balto,” and the 2012 Liam Neeson thriller, “The Grey.” Far fewer movies have been both shot and set in Alaska. Some notable examples are the 1922 Ray Mala-starring “Eskimo,” the 1977 “Jaws knockoff Claws,” and the 2013 procedural “The Frozen Ground.” And, of course, there was Anchorage’s short-lived Alaska Moving Picture Corp. that produced a single film, the 1923 “Cheechakos,” aka “The Chechahcos.”

Rarest of all are the movies shot in Alaska elsewhere, like the 1991 version of “White Fang.” Like most things, filming costs more in Alaska. Studios rarely expend the effort to ship crews so far north without also including some Alaska mystique in the plot. It is simply cheaper to shoot elsewhere, as with the 2019 Disney film “Togo,” which was primarily shot in Alberta, Canada, outside Calgary.

Shocking as it might be to residents and tourists, not every actor wants to spend months isolated in Alaska. In the 1994 action film, “On Deadly Ground,” director and star Steven Seagal employed his questionable aikido skills to battle pollution. The estimable Michael Caine, at a professional crossroads, played the villain. No longer deemed worthy of leading man roles, Caine struggled to find work. “I got desperate to the point that I accepted a picture in Alaska with Steven Seagal,” said Caine in 2010. “I had broken one of the cardinal rules of bad movies: if you’re going to do a bad movie, at least do it in a great location. Here I was, doing a movie where the work was freezing my brain, and the weather was freezing my ass.”

While “On Deadly Ground” is remembered poorly, it is at least remembered, even if only as a so-bad-it’s-good oddity. “Pipe Dreams,” on the other hand, lacks even a modest infamy.

The film was intended as the culmination of a dream for soul legend Gladys Knight, of Gladys Knight and the Pips fame (“Midnight Train to Georgia,” “Neither One of Us (Wants to Be the First to Say Goodbye)” and “If I Were Your Woman”). She invested much of her fortune in the production, gambling that “Pipe Dreams” would herald her transition into film and television. She also provided the soundtrack. Knight’s romantic costar was her husband, record executive Barry Hankerson, also making his film debut.

Writer and director Stephen Verona offered some legitimacy to the project, some evidence that “Pipe Dreams” was not just a family affair. He was fresh off the modest success of “Lords of Flatbush,” which featured Henry Winkler and Sylvester Stallone in their first notable film roles.

The plot is threadbare. Rob Wilson, played by Hankerson, is a Vietnam veteran and helicopter pilot who leaves his wife, Maria, played by Knight, to seek his fortune as a bush pilot in Alaska. After six months, Maria follows him north. An offer for work on the pipeline turns out to be fake, but she lands on her feet, working at a rowdy Valdez bar. She finds Rob, reconciles with him and they return home.

During the press tour, Knight said, “It’s a very simple, very basic love story. The setting is Alaska, and we want to show that Black folks do live and operate outside of the 48 continental United States, and there are Black people who live in Alaska and work there, trying to survive there.” Verona, as screenwriter, and Knight were possibly influenced or inspired by Florine Walker, the first known Black woman hired to work on the pipeline. Walker worked in camp kitchens along the construction route.

Most of the film was shot on location in Valdez. Additional scenes were filmed in Anchorage and at a pipeline camp near Coldfoot. The Alyeska Pipeline Co., which built the pipeline, was a willing partner. Knight and Verona arrived in Alaska in December 1975 to scout locations. Principal photography began in January 1976 and was completed by March.

Relying on two neophyte actors to carry the movie was, at best, overly optimistic. Though Knight was nominated for a Golden Globe, for best female acting debut, her performance was labored. She struggled to convey emotion, most notably when learning that her father had died. Hankerson never acted again. Visually, the film is ugly, poorly lit with abrupt edits. It does little with the landscape, spending too much time inside the Valdez dive bar.

The most memorable scene comes near the end. Rob and Maria remarry and drive down a snowy road out of town. Along one side of the road are pipe sections, neatly stacked. Maria is inspired, and they stop to make love in one of the pipes. “Think about all those people who must have been fooling around in the pyramids,” says Maria. “You know, in 50 years, we can tell our grandchildren what we did.” The soundtrack cover is a still of Rob and Marie right before they enter the pipe.

The reviews were harsh. Time magazine offered, “There is undoubtedly a good movie to be made about the Alaska pipeline . . . But ‘Pipe Dreams’ is not it. The old Yukon hands would have had a word for this pallid melodrama: mush.” Playboy described the film as “half baked Alaska.” Despite a gala November 1976 opening in Atlanta and a soundtrack featuring new Knight songs, the movie more or less vanished upon release.

Knight’s money ran out during production, perhaps hindering the final product. In 1983, she said, “I lost my shirt on the movie.” Her next film or television credit was seven years later, a guest appearance on the Jeffersons. Her acting career recovered, but she never had another starring vehicle.

Knight and Hankerson’s marriage lasted only a few more years before ending in a nasty custody dispute. During the 1979 divorce proceedings, Hankerson disappeared with their son, then 3 years old. Knight bankrupted herself paying for private detectives to track them down.

In Anchorage, the movie played for a couple of weeks at the Totem 3 on Muldoon Road without fanfare before passing from memory. It aired briefly on local television in 1983 and 1984. The movie was only released for home sale on VHS and has been out of print for decades. The determined viewer can easily find the complete film on YouTube.

Caine, Michael. “Michael Caine: I Was So Desperate I Did a Movie with Steven Seagal in Alaska Called On Deadly Ground. The Title Proved Apt.” [London] Daily Mail, September 11, 2010,