In 1915, Anchorage residents voted on an official name for the new city. The name ‘Anchorage’ came in 3rd place. 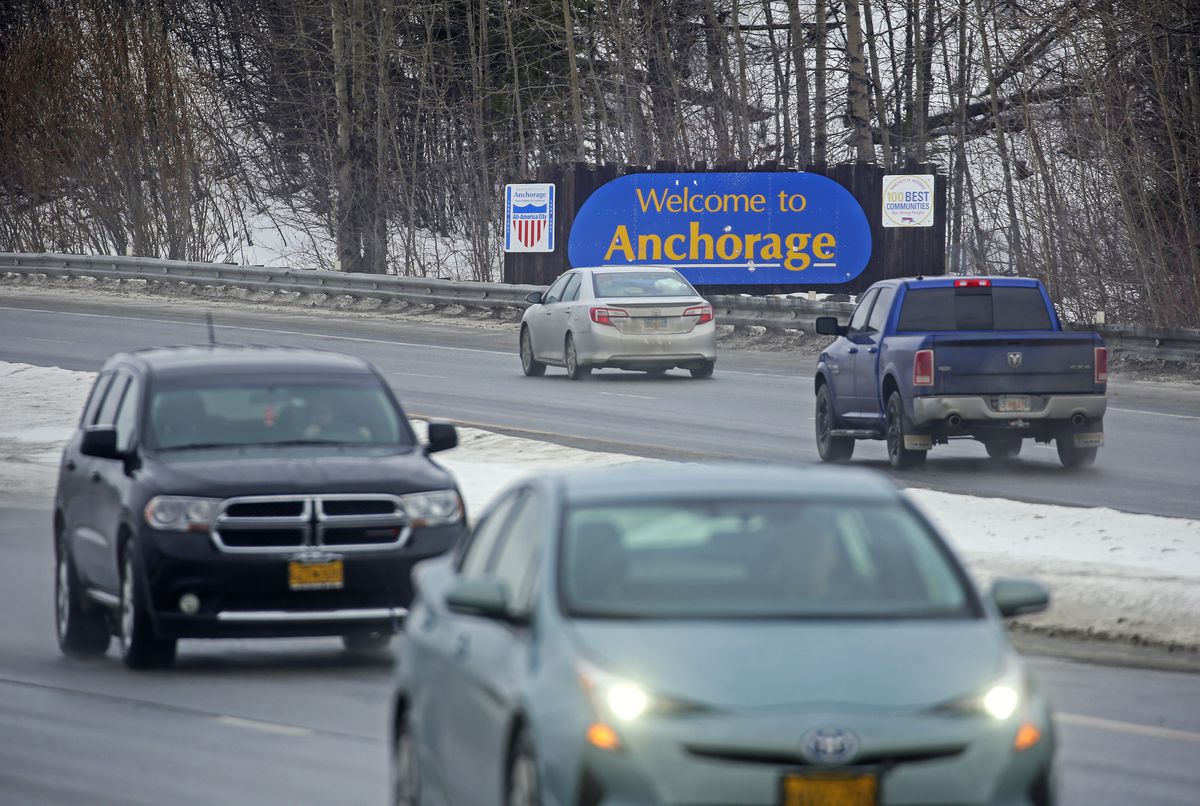 William Watson Woolen’s posthumously published Alaska history and travelogue, “The Inside Passage to Alaska,” includes his 1915 journey into Upper Cook Inlet. He traveled north, past Point Possession, past Fire Island and past Point MacKenzie before anchoring near the mouth of Woodrow Creek on the eastern side of Knik Arm. A group of government engineers camped out near the beach greeted his arrival.

Woolen wrote, “Since then the town of Woodrow with a large population has come into existence, with a post office, general stores, blacksmith and machine shops. It is a port of call for all steamships making Cook Inlet, and has telephone and telegraph communications with Seward.”

Few Alaskans know the tale of Woodrow. It is not an Alaska ghost town, like Amalga, Portage and Ruby. Instead, Woodrow was one of many names given to what is now Anchorage. In 1915, a cluster of briefly official and almost-were monikers competed to define Alaska’s newest city. The sheer number of names confused both contemporary newspapers and later historians. Anchorage’s naming is a tale of not just what might have been, but of what came ever so close to being the name of this city.

Of course, the greater Anchorage area is the unceded land of the Dena’ina Athabascans, whose local placenames existed for centuries before the first railroad track was laid down. The Dena’ina name for Ship Creek is Dgheyay Leht, meaning Stickleback Creek. A crucial fishing camp was located at its mouth, Dgheyay Kaq’. By the late 1910s, Dgheyay Kaq’ also referred to the settler town. Other Dena’ina names for the Anchorage area include Qatuk’e’usht, meaning Something Drifts Up to It, and Ves Dnaghildeqt, meaning High Bank.

In the early 1910s, the most common settler names for the location that became Anchorage were Ship Creek and Knik Anchorage. As in, Ship Creek was the anchorage for the town of Knik across Knik Arm. An anchorage is simply a safe place to drop anchor. It is a generic term, and there are several communities named Anchorage across America. These include a Louisiana ghost town along the Mississippi River and the landlocked Anchorage, Kentucky. Knik itself was the area’s demographic and economic center before being bypassed by the Alaska Railroad.

[Related: Mud, fires and bootlegging: What daily life looked like in the early years of Anchorage]

As far as the American government was concerned, Anchorage’s first official name came in late 1914. The United States Board on Geographic Names, founded in 1890 and today a part of the Interior Department, is essentially the final arbiter on geographic names, the ultimate authority. In November 1914, they ruled that Ship Creek was too easily confused with Sheep Creek near Juneau. Therefore, the Board renamed the erstwhile Ship Creek, a.k.a. Knik Anchorage, as Woodrow Creek after President Woodrow Wilson. The ruling applied to both the creek and settlement alongside.

Such was the state of interagency communication and information dissemination at that time that few other Americans, and seemingly no Alaskans, knew of this change. The Alaska Railroad Act of 1914 authorized the creation of a railroad system in Alaska to “aid in the development of agricultural and mineral or other resources of Alaska, and the settlement of the public lands therein.” The Alaska Engineering Commission was empowered to construct and operate the Alaska Railroad. The site of modern-day Anchorage became the operation’s headquarters. Unaware of the change to Woodrow Creek, the AEC designated the site as Ship Creek. Contemporary variations included Ship Creek Harbor and Ship Creek Landing.

However, in April 1915, the United States Postal Service unilaterally shortened Knik Anchorage into Anchorage and declared it the official name of the town along Ship Creek. The AEC protested the change claiming it “would cause unnecessary confusion.”

Around the same time as the Postal Service decision, a bulletin from the United States Coast and Geodetic Survey began making the rounds of Alaska agencies and newspapers. The nation’s first civilian scientific agency, the USC&GS was established by President Thomas Jefferson in 1807 to map the American coastline and thus promote maritime safety and trade. The organization survives to this day as part of the National Oceanic and Atmospheric Administration.

The bulletin included a notice on the Board on Geographic Names’ Woodrow Creek decision. The Valdez Daily Prospector opined that the name was “too little honor for the personage after whom the bit of water is named, or too much honor for a remote creek.” The AEC filed another unanswered protest against the change, and the Postal Service maintained the town would remain Anchorage as far as they were concerned.

Apart from the sparring federal agencies, there were also the opinions of the residents. Everyone, it seemed, had an idea of what the city should be called. Alaska Governor John F. A. Strong asked the inhabitants to choose a name with “more significance and local associations” while stating a personal preference for Matanuska.

Many of the subsequent suggestions honored individuals with Alaska connections. These names included Mearsville for AEC chief engineer Frederick Mears, Lane for Secretary of the Interior Franklin Lane, Strongov for Governor Strong, Wilson City for President Wilson and Whitney for area homesteaders. When the railroad boom came in 1915, John and Daisy Whitney were already here, homesteading along Ship Creek a few miles inland. Whitney Road, immediately north of Ship Creek, is named for them.

[Related: Why is it named that? In Anchorage, the answer is usually homesteaders]

That summer, the Anchorage Chamber of Commerce orchestrated a vote on the name with a whittled-down list of candidates. In her “1957 Anchorage: All-America City,” Evangeline Atwood wrote that “Anchorage won by an overwhelming majority.” Her claim is unequivocally false, though some historians have copied her mistake forward decades later. With 101 votes, Anchorage was only the third most popular name in that election. Leading the way was Alaska City with 146 votes. Lane finished a close second with 129 votes.

Matanuska, Ship Creek, Winalaska, Terminal, Gateway, and Homestead filled out the rest of the ballot, with 54, 48, 18, 16, 10 and 9 votes, respectively. The Chamber of Commerce duly submitted the results to Washington with a request to honor their wishes, which was duly ignored.

The reality of mail addressed to Anchorage overwhelmed the AEC, and the Board on Geographic Names similarly surrendered and acknowledged Anchorage as the town by Ship Creek. The outcome was anticlimactic, if suitably bureaucratic. Still, for nearly a year, there was a chance for something different. How does the Municipality of Woodrow Creek sound?

Carberry, Michael, and Donna Lane. Patterns of the Past: An Inventory of Anchorage’s Historic Resources. Anchorage: Municipality of Anchorage Community Planning Department, 1986.

Woolen, William Watson. The Inside Passe to Alaska, 1792-1920, with an Account of the North Pacific Coast from Cape Mendocino to Cook Inlet, from the Account left by Vancouver and Other Early Explorers, and From the Author’s Journals of Exploration and Travel in That Region. Cleveland: Arthur H. Clark Co., 1924.