A kitten wandered off a ferry in Juneau on a trip from the Lower 48. Now she’s reunited with her owners — in Haines. 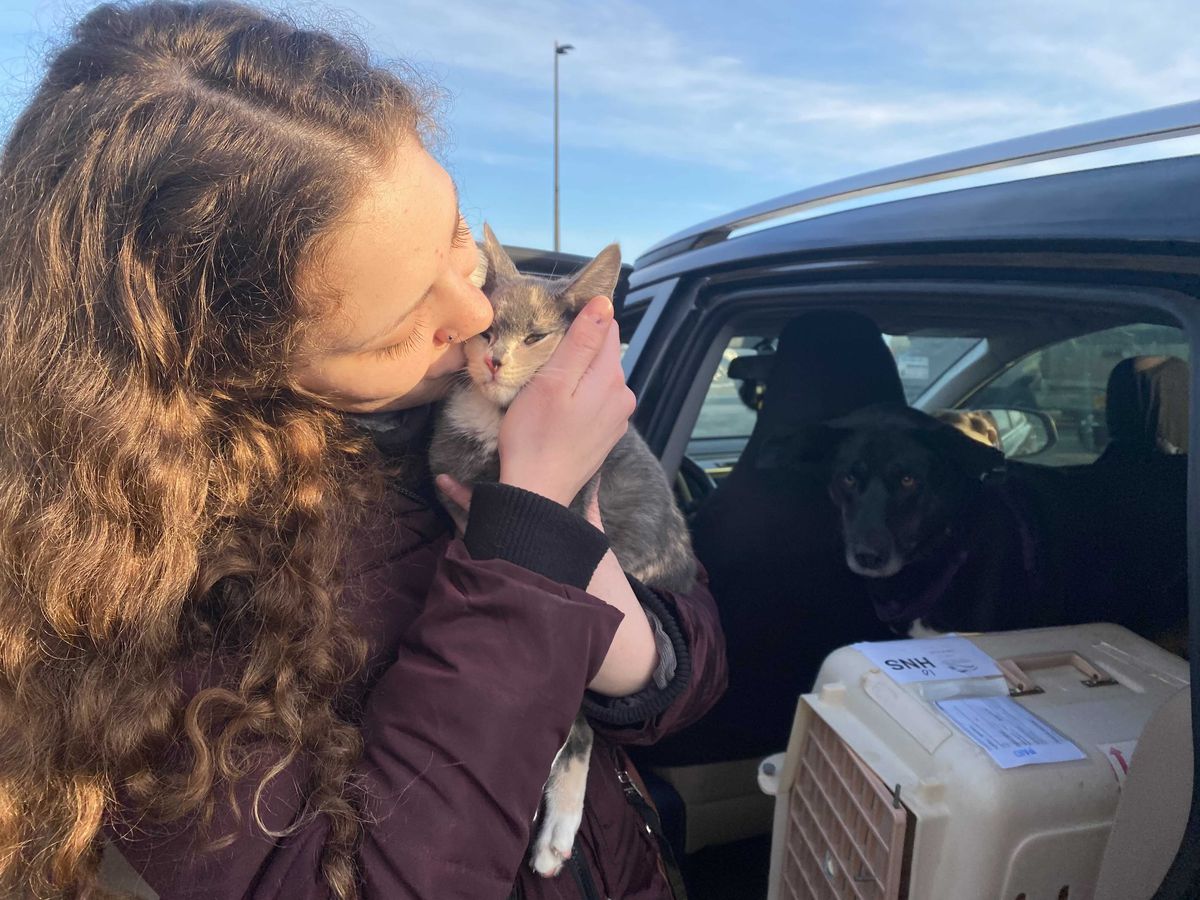 This story originally appeared on KTOO Public Media and is republished with permission.

The small, borrowed cat carrier sat on a chest freezer in the Alaska Seaplanes office in Haines. Spot the kitten was the only passenger waiting when Cassidy Timm and Blake Ward arrived to pick her up.

“She’s so excited. Hi, Spot!” Timm bent over the carrier where Spot rolled over.

“Her siblings are going to be so excited to see her and her mom. Her mom has been so sad lately. It’s been awful. She just runs around crying all the time,” Timm said.

It’s been over a week since Spot clawed out of the sunroof of their vehicle and got lost somewhere on the car deck of the ferry Matanuska.

The mainline ferry run from Bellingham, Washington, through Southeast Alaska covers more than 1,000 miles over several days with multiple stops. So when Timm and Ward lost their 4-month-old kitten within hours of departure, they didn’t expect her to return home on a regional flight 10 days later.

“They’re pretty little still. And they never weaned off their mom. She was actually the worst that was still nursing on her mom, so I was so surprised when she left the car,” Timm said.

The couple was moving back to Haines from the Lower 48 with all their pets, including Spot’s mom and siblings.

Timm said she looked for Spot everywhere — even in the wheel wells of other cars. They made announcements on the ferry. She set kennels out with food and Spot’s mom and even left one of the dogs Spot usually snuggles with tied up outside in hopes that she’d return.

But she didn’t. When they got home to Haines, Timm posted on Facebook. She knew Spot could be anywhere along the route — Ketchikan, Petersburg, Wrangell, Juneau or Skagway.

A few days later her phone blew up with calls, texts and notifications. Spot was in Juneau, about 6 miles from the ferry dock. A couple heard her crying under their porch and took her in, then took to social media to see if she already had a home.

“I cannot imagine what she’s been through though in these last couple of days. I mean, they stayed inside their whole lives. They never went outside. And then now she was all exploring all of Juneau, which is a new place,” Timm said.

Timm’s boyfriend pulled the car around so they could load Spot up. Their dogs jostled in the backseat for a welcome sniff. She hesitated for a moment, before putting Spot down.

“She’s everything to us. All of them are. We’re, we love our animals. They’re like our kids. So we’re so happy to have her back,” she said.

No money was exchanged; they never met the folks in Juneau who found Spot or the volunteers who donated a kennel and drove her to the airport. The regional airline even flew Spot home for free.