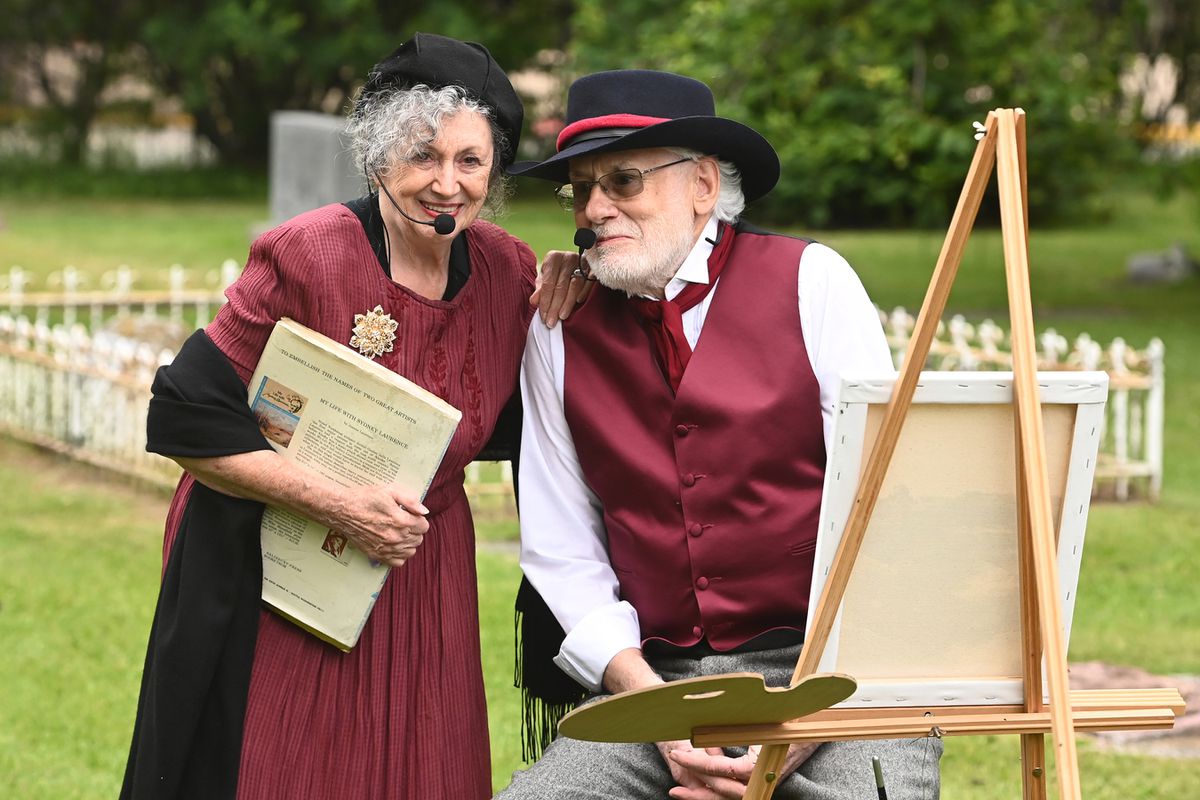 Actors in costume performed at the gravesites of 10 Alaskans buried at Anchorage Memorial Park Cemetery during the 10th annual Stories at the Cemetery on Sunday.

Audrey and her husband Bruce Kelly portrayed famous artists Jeanne and Sydney Laurence, who are buried in the Pioneers of Alaska Tract.

“I enjoy history, particularly the history of Anchorage,” said Audrey Kelly. “We do it to respect the people who started the city that we all enjoy today.”

Actor Nate Benson recounted attorneys Ron and Penny Zobel’s lawsuit against the State of Alaska to halt distribution of the first Permanent Fund Dividend check because they didn’t agree with Gov. Jay Hammond’s formula, which set up a progressive scale of payments based on length of residency in Alaska.

“Alaskans should be treated equally under the eyes of the law, regardless of how long you’ve been here,” said Benson, playing Zobel, recalling that time in history. “Penny and I were the most hated people in the state of Alaska. We received hate mail and death threats.”

The Alaska Supreme Court agreed with the Zobels. In 1982, the first PFD checks went out to all Alaskans who qualified. “We had won.”

“When that money appears in your bank account every year think about me. The guy who didn’t like the formula. The guy who wanted it to be equal among all Alaskans. The guy who suffered hatred and abuse. You might notice that there is empty space next to my headstone. That is because people are refusing to be buried next to me,” he said.

The Cemetery Players Acting Troupe will perform again, this time on a stage at the cemetery, at 6 p.m. on August 8. According to Audrey Kelly, it is festival seating, “so bring your own chair.”