Overnight French toast: Perfect for Christmas morning – or brunch for a crowd 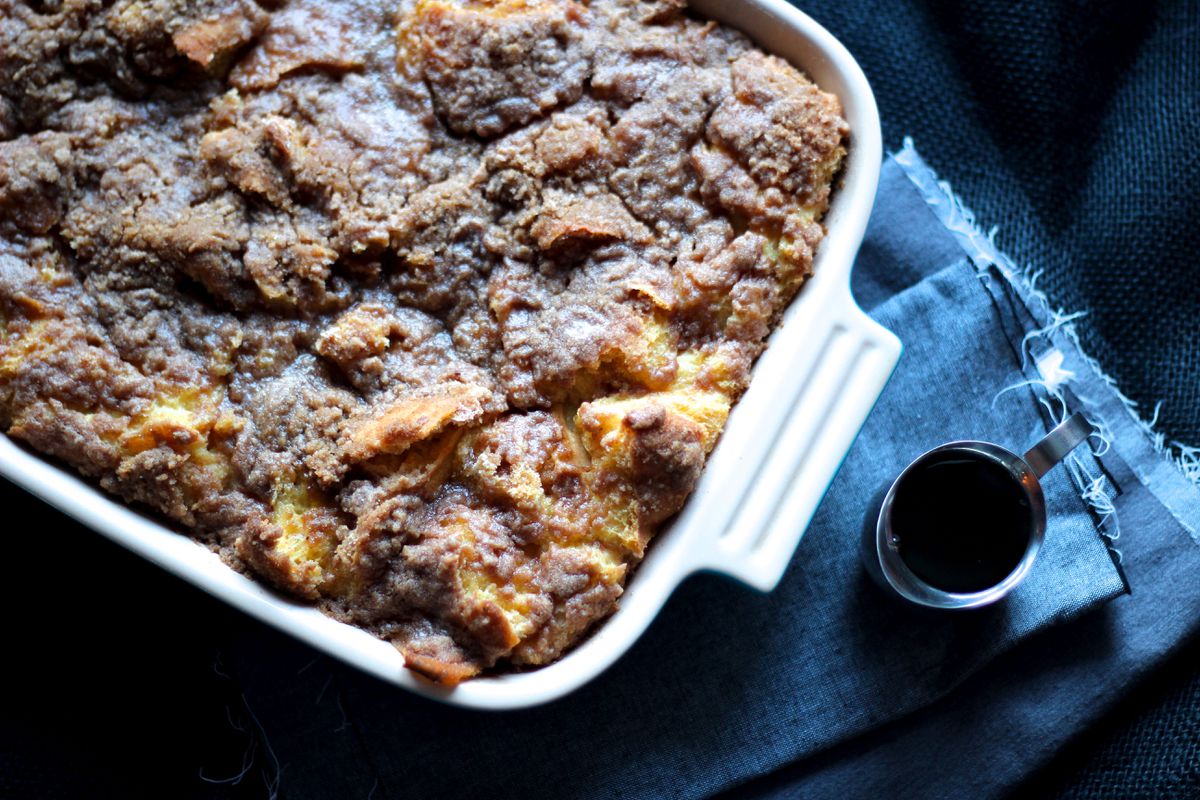 I received a text message from my wife asking if I would be willing to help her cook breakfast for her staff for their early morning staff meeting. "Of course," I quickly replied. "What do you have in mind?"

She had polled her staff, asking about their favorite breakfast foods. Four of them requested French toast. I ran through the logistics in my head of what it would look like to make slices of French toast for that many people by 7:30 in the morning in an office kitchen/break room. Although it certainly wouldn't be as hard as a busy restaurant kitchen for Sunday brunch, a scenario I understand all too well, I knew there had to be a better way. Finally, I landed on overnight French toast, the baked version that can be assembled the night before, often used for occasions like Christmas morning.

I wanted to keep the flavor profiles simple and familiar, but I wanted it to be special somehow, too. I scoured recipes and decided to adapt one by Ree Drummond I found on Food Network. I was drawn to it because, just before baking, the entire pan of French toast is covered in a cinnamon crumble (which we also prepared and refrigerated the night before), that bakes up crispy and somewhat caramelized. I loved this idea, almost like French toast meets coffee cake. In reading the reviews, many people said her French toast was too sweet, especially once maple syrup joined the party. So, the first change I made was to reduce the sugar in the custard by half. I also omitted the fresh blueberries she recommends for serving. The final adaptation I made was to add a generous splash of bourbon to the mix. That bit is optional, but highly recommended, especially if you're considering this one for Christmas morning.

For the French toast:

Grease a 9- by 13-inch casserole dish. Distribute the torn bread evenly in the dish. In a medium mixing bowl, whisk together the eggs, milk, cream, brown sugar, vanilla and bourbon (if using) until it's smooth and the sugar is dissolved. Pour the custard evenly over the bread, pressing the bread down into the mixture gently until fully coated. Cover with plastic wrap and refrigerate overnight.

To make the topping: in a mixing bowl, stir together the flour, brown sugar, cinnamon, salt, and nutmeg. Using a pastry blender, cut in the cold butter until the mixture is crumbly. Cover and refrigerate overnight.

Preheat oven to 350 degrees. Uncover the French toast and sprinkle it evenly with all of the cinnamon crumble mixture. Bake for 45 minutes, until puffed up, browned and set in the center. Slice into squares and serve while warm with pure maple syrup. Recipe adapted from Food Network.

[Here's your go-to recipe for a quick pumpkin bread]