Alaska crab dip, coming in hot for the holidays 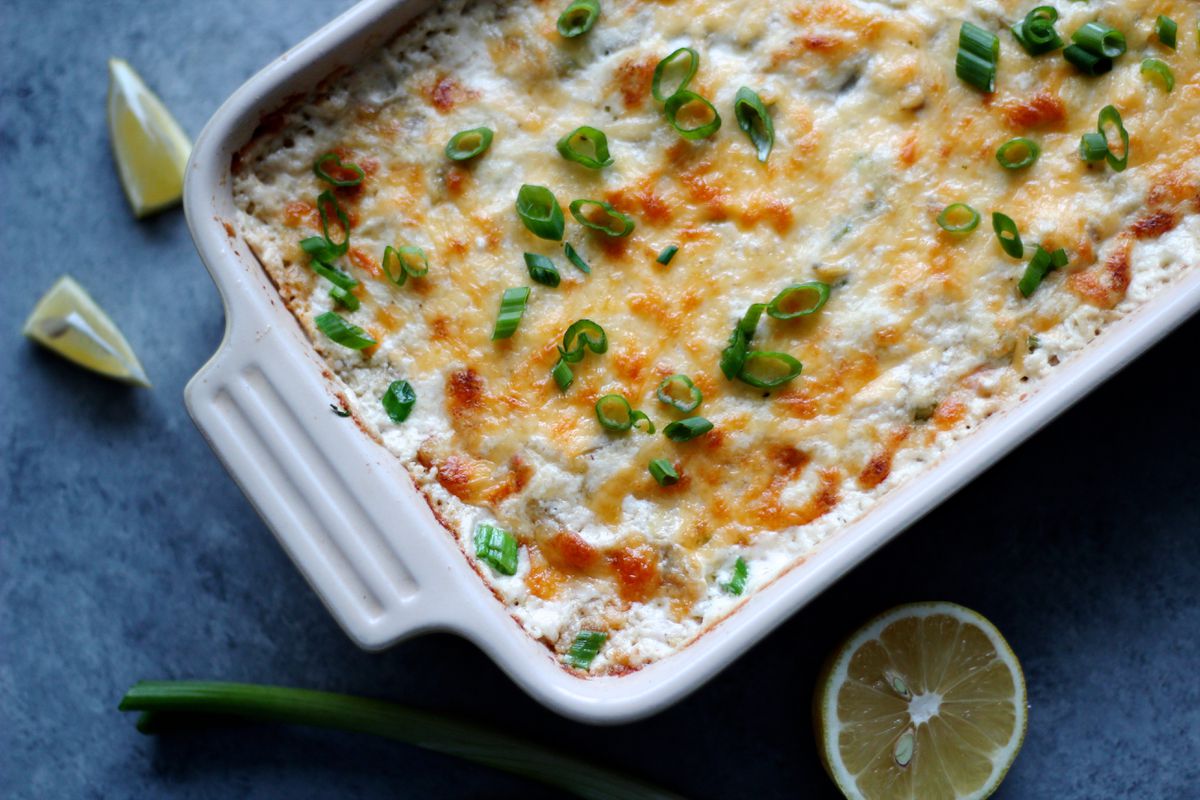 If you’re looking for a show-stopping appetizer to serve at an upcoming holiday gathering, look no further than this crab artichoke dip. Artichoke dip is addictive enough on its own, but the addition of crab (hopefully Alaska crab meat) takes it way over the top to fancy town. Pull this out of the oven, put some toasted bread or crackers alongside it, and watch the crowd gather around and linger until it’s gone. This would be great on New Year’s Eve with a glass of bubbly.

salt and pepper to taste

Method: Preheat oven to 425 degrees. Spray a 9-inch baking dish with nonstick spray. Set aside. To the bowl of a stand mixer fitted with the paddle attachment, add the cream cheese, mayonnaise and sour cream. Beat on medium speed until smooth and combined, scraping the sides of the bowl as needed. Remove the bowl from the mixer and fold in the artichoke hearts, and crab meat using a rubber spatula. Add 1/2 cup of the fontina cheese, the pepper jack, green onions, lemon zest, Worcestershire sauce and Old Bay. Stir until well combined. Season with salt and pepper to taste. Spread the dip evenly into the prepared baking dish. Bake for 25 minutes or until melted, bubbly and golden brown on top. Serve immediately with toasted bread, crackers, or corn chips.