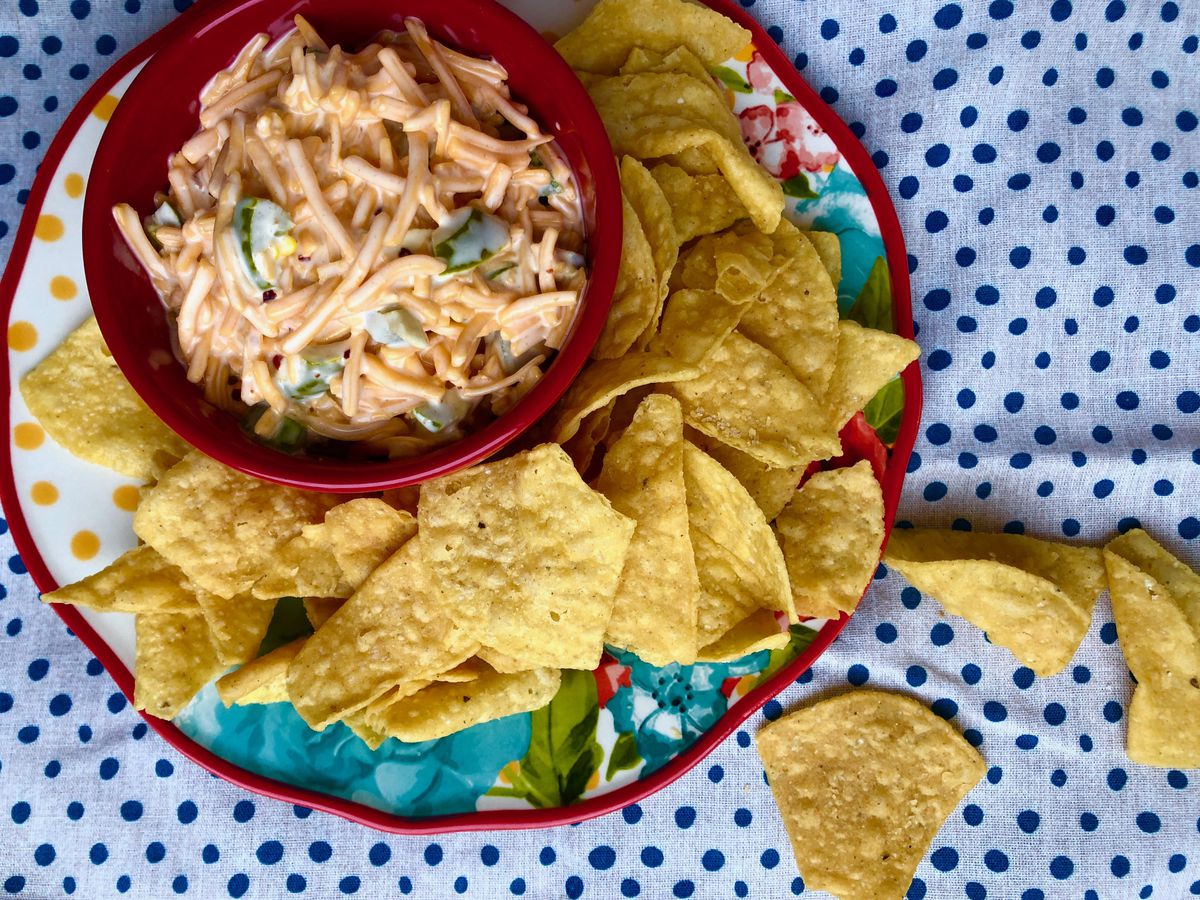 It’s OK, you’re in a safe space, we can talk about your relationship with Kenai Dip, that Alaska grocery-store deli counter favorite that causes so many of us to have impulse control problems. There’s just something about it, isn’t there? A cheesy, hot, smoky thing that when you get near it, you can’t step away, and if you’re alone with it, and, say, a bag of Juanita’s corn chips, things might get a little out of hand. I’ve been there. No judgment.

[Get Alaska food news and recipes delivered to your inbox every Friday: Sign up for our food newsletter here. ]

The mother of the dozen deli knock-off versions of this dip is made at Echo Lake Meats in Kenai. It tends to be both firmer and hotter than the usual deli suspects. I have long wanted to make a pilgrimage to Echo Lake in search of the recipe and once even scheduled an interview about the origins of the dip, but it was canceled at the last minute. And so the original recipe remains secret, at least to me.

You will find, though, in Kenai-based Maya Wilson’s “The Alaska From Scratch Cookbook,” a version that hits all the right notes. It’s a bit on the smokier side and not so hot you can’t eat just a few more chip-loads than you planned. (When I made it, I decreased the smoke just a touch and used just a little less jalapeño juice because I prefer my dip firmer). It’s a great snack for the big game. Just make sure to chill it for at least a half hour to achieve the perfect texture.

(Adapted from “The Alaska From Scratch Cookbook” by Maya Wilson)

1 to 2 tablespoons jalapeño juice from the jar

Method: In a mixing bowl, stir together mayo, peppers, jalapeño pepper juice from the can, garlic powder, smoked paprika, red pepper flakes, liquid smoke, and salt. Fold in the cheese. Chill until ready to serve.