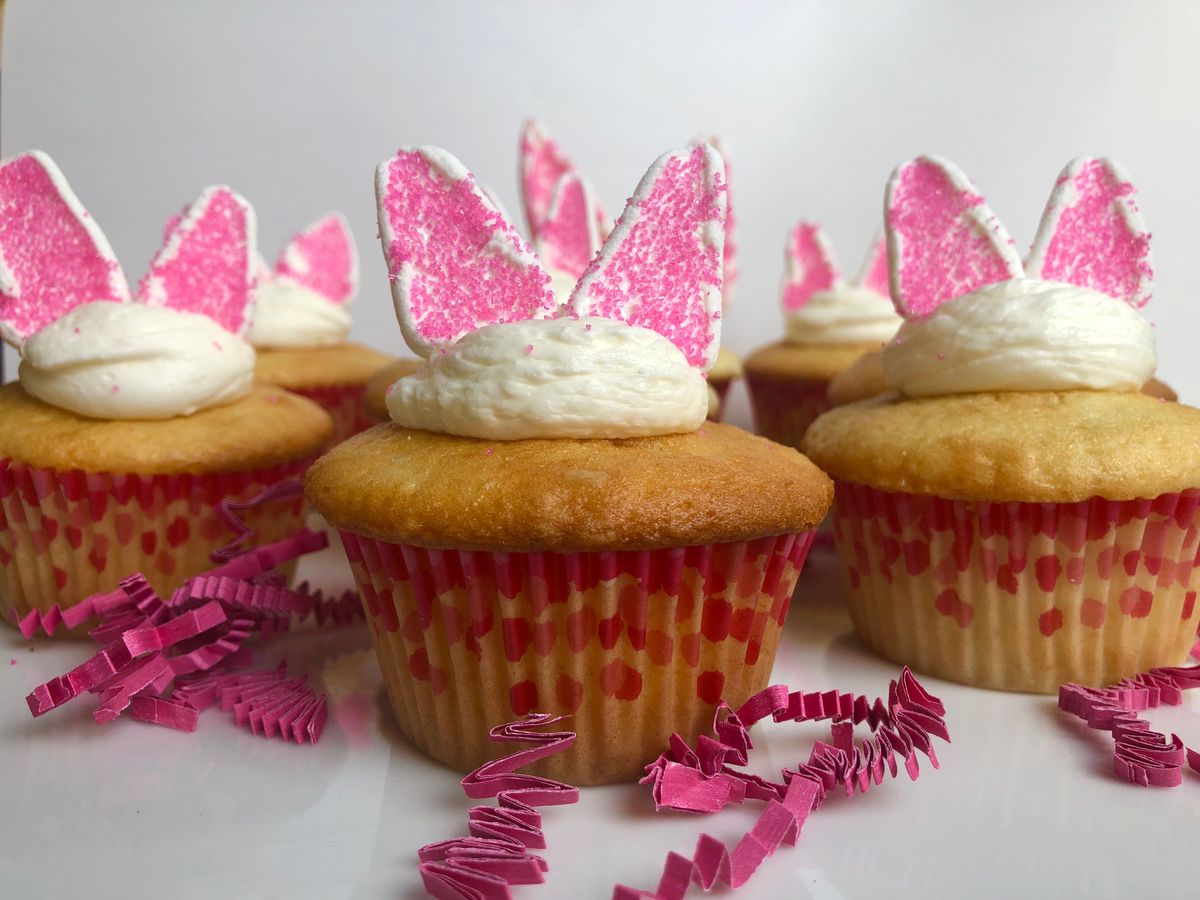 You’ve seen all those cool-looking cupcakes on Pinterest and maybe you’ve felt intimidated. But I want you to know a secret: Lots of those cupcakes are pretty easy if you get really good at buttercream frosting.

Buttercream frosting is harder than it looks. I thought I understood it, but I was wrong. It doesn’t require a ton of ingredients, but there’s one that’s essential and not on the ingredients list. It’s air. That’s right. Lots of people make buttercream, but don’t whip it for long enough. To do it right, you must: use room temperature butter; whip it really well before adding the powdered sugar (for at least four minutes); sift the lumps out of the powdered sugar; and then whip it for kind of a long time (about four to six minutes more). Once you’re the boss of the basic frosting, the sky’s the limit on decorations. I made two favorites: bunny ears and robin’s egg. Now you can too.

Method: In the bowl of standing mixer with a paddle attachment, whip butter on medium speed for three minutes until fluffy. Stop the mixer. Gently pour the powdered sugar into a sieve over the mixer bowl and shake to sift the sugar into the butter. Turn mixer on low (if you do it high by accident, you’ll get a face full of sugar) and allow the sugar and butter to combine for a minute. Turn the mixer to medium, drizzle in vanilla and milk. Whip on medium-high for an additional four minutes, until really light. If you are coloring it, add color in the last two minutes.

Equipment: one piping bag with a large round tip

Method: To make the ears, hold a marshmallow and flatten it slightly so it resembles a rectangle. With sharp scissors, starting at the bottom of the short side of the rectangle about 1/4 inch from the long edge, cut diagonally toward the upper corner. [See video below.] This should leave you with an ear-shaped marshmallow piece. Press the sticky side into the pink sprinkles. Use a pastry bag fitted with a large round tip and pipe a mound of white frosting on the center of the cupcake, roughly the diameter of a silver dollar. Place the marshmallow ears in it to resemble a bunny head. If you’re feeling festive, you can pipe a bunny tail in the back.

Method: In the last two minutes of whipping the buttercream, add eight drops of blue food coloring. Frost cupcakes and place them on a parchment sheet or paper towel. Combine cocoa and water in a small bowl. Dip the pastry brush into the cocoa mixture and, holding the brush with one hand, flick it with the other, spattering the tops of the cupcakes. (You might want to practice your spatter a few times to get the desired look.) Top with egg candies.