How legal weed turned Thanksgiving into a high holiday 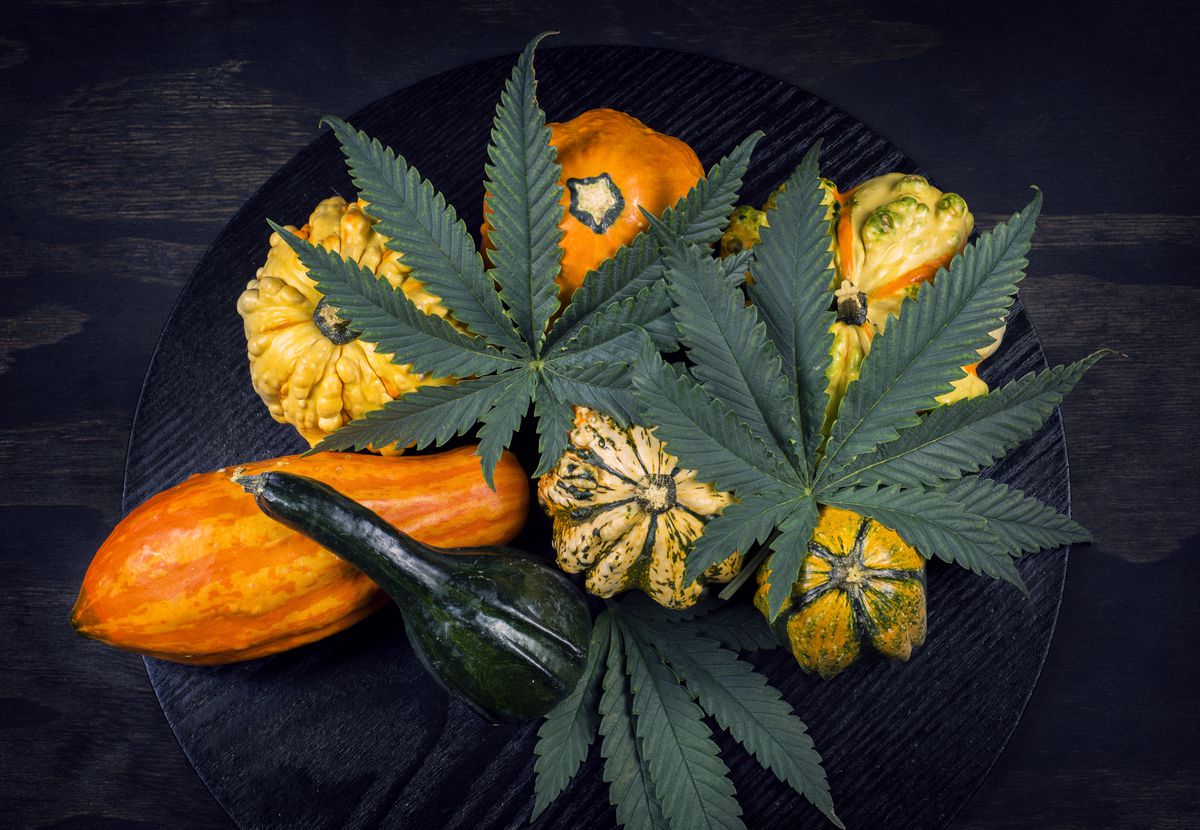 When Lizzie Post’s family gathers for Thanksgiving at her parents’ house in rural Vermont, she brings the stuffing, green beans - and the weed.

Post, who lives in a state where it's legal to possess and use marijuana, likes to welcome out-of-state relatives with a sampler of her own crop, the way your uncle from Colorado might bring a six-pack of craft beer or your cousin from California might arrive with her favorite pinot noir. Post's parents' house is marijuana-free and not everyone in the family partakes, so she and a relative usually go for an after-dinner walk-and-puff in the nearby field, returning for dessert with renewed appetites.

Now that recreational marijuana is legal in 11 states and Washington, D.C., and allowed for medical purposes 33 states, Thanksgiving has become stoners' highest holiday. There's a big meal, hours to fill and family tensions to defuse. Weed to the rescue!

Legal pot has joined alcohol and family gossip in the realm of onetime taboos that, in many places, parents and their grown children can now comfortably enjoy together, and the Thanksgiving to New Year's holiday season allows ample opportunity for intergenerational indulgence.

And why not? The current generations of young adults and their parents share a relatively relaxed attitude toward marijuana: Significant majorities of millennials, Gen-Xers and baby boomers think it should be legal, according to recent data from the Pew Research Center. (Maybe don’t tell the great-aunts and uncles, though — the Silent Generation remains skeptical of legalization.)

Floating the possibility of getting high with the people who might once have considered this a ground-able offense might still be . . . awkward. But the casual greening of American culture provides a lot of conversational on-ramps. Investing: Did you know you can buy weed stocks? Food: Martha Stewart, the queen of hosting, has a cooking show with Snoop Dogg that's heavy on the herb references. And there are dozens of pot cookbooks, with titles such as "The Art of Weed Butter," "The 420 Gourmet" and "Bong Appétit." The health of family members: Maybe Grandma's been prescribed medicinal pot.

It might just be a matter of looking out the window on the drive home from the airport: Say, is that a dispensary?

Some boomers who are wading back into recreational pot after years of middle-aged abstinence might be grateful to have their offspring on hand to caution them about potency. And sometimes it's the kids who can't keep up. In several conversations for this story, millennials were impressed by their parents' tolerance and knowledge of marijuana. "My parents did this to me!" a 35-year-old woman said in disbelief, recalling a time she "got way too" high from a pot lollipop her dad had given her. Her parents live in California, where they can smoke frequently, while their daughter indulges only occasionally. "If I had known, I wouldn't have had as much as I had," she said. "But my parents were having that much, so it seemed fine." (Everyone in this story stressed the importance of using marijuana only with those who are 18 or older.)

As ubiquitous as pot is in some places, as a nation, we're very much in limbo. A U.S. map indicating the spectrum from fully verboten to legalized in varying shades of green resembles the political red-blue divide. And of course, marijuana is illegal at the federal level, which influences attitudes and openness, regardless of where you live. As a result, any Thanksgiving dinner where weed enthusiasts are at the table is likely to also contain place cards for those who are agnostic or strongly opposed. Conservative aunts and uncles might find themselves wondering why everyone's in such a jolly mood or why Grandma's trying to fit her bottom into her grandkid's Barbie convertible.

For most of her life, April, 45, a mother of two, vehemently abstained. As a child of the 1980s, she grew up with negative ideas about lazy stoners and wouldn't touch marijuana. (April spoke on condition that only her first name be used because she lives in a state where marijuana isn't fully legal.) But she felt miserable while on heavy doses of prescription drugs to manage her epilepsy and migraines. Her son convinced her to try medicinal marijuana, which she credits with drastically improving her quality of life.

While hosting a Halloween party with her sons, who are 19 and 23, one of her son's roommates brought a sweet potato pie infused with marijuana. Afterward, April hatched a plan for Thanksgiving: She'll host family and friends for dinner, as usual. And after those who don't partake leave, the remaining guests will break out a "special dessert" - a pumpkin-pot pie. In years past, family members used to sneak off on their own to smoke before, during or after the meal. Now the family's weed contingent can do it all together.

Around their table, April is still the greenest user. Because her boys have more experience with marijuana, "they're better at knowing their limits than I am quite yet."

They talk about their dating life. They ask about why April and their dad split up years ago. "We also talk about all of our hopes and dreams and plans," April says. "And sometimes we just watch a movie and laugh."

Getting high together can help equalize a historically unequal relationship - at any age. Anthony Monroe, a 58-year-old Washingtonian, remembers the first time he smoked with his 37-year-old daughter, Ebony. (For professional privacy, Monroe spoke on condition that only his middle and last name be used.) About two years ago, Monroe lived with his daughter for a few months, during which time he suggested they slip out and share a joint as a stress reliever. He was a bit apprehensive to smoke with her, he says - and at first she thought he was joking.

But they powered through the awkwardness, and Ebony says the experience opened up "another lane for our relationship." While sober, Monroe goes full Dad Mode, Ebony says, always trying to swoop in with answers to her problems. But sometimes all she's looking for is a sounding board. Pot "chills him out," Ebony finds, allowing her father "to be a little more intuitive and receptive instead of reactive." Smoking together also gives her a better understanding of who he is. "He's not just my dad, who's supposed to be there and listen and guide me," she says. "He's an actual person, just like me, trying to figure it out."

For holiday purposes, marijuana can also help calm any "meeting-the-parents" jitters. Tom and Kate, who live in Oregon and are married now, remember the first time Tom came home with Kate for Christmas. She gave him the standard talk ahead of time: Mom's side is full of conservative Catholics. Also both parents are into identifying plants and rocks.

Oh, and after dinner the vaporizer comes out.