Want all the glory and none of the pain? Try steaming your oysters instead of shucking. 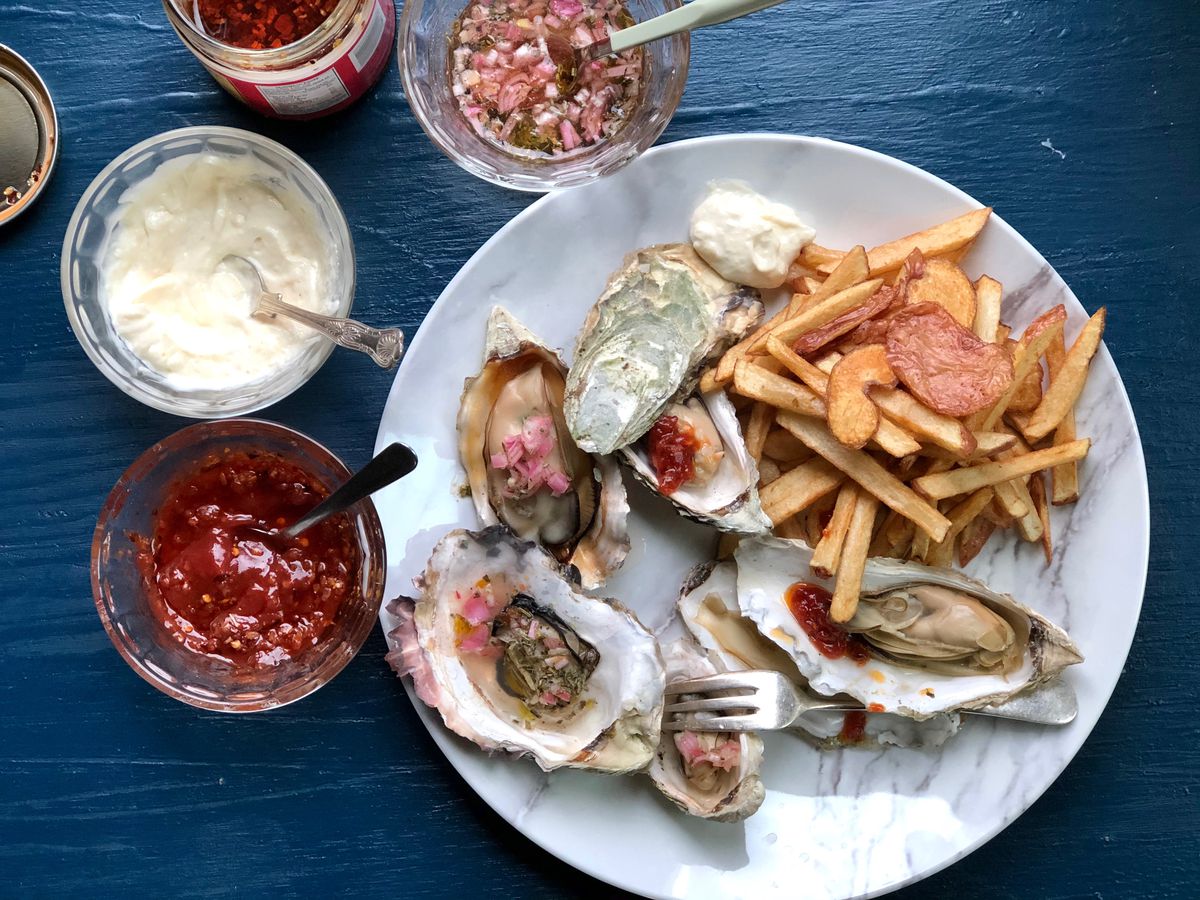 I grew up enjoying Gulf oysters: raw on the half shell, seasoned and fried for po-boys, charbroiled with lots of garlic butter or rich and bubbling, Rockefeller-style. And I’ve watched enough shucking competitions to know that I’m definitely a little shuck-shy — read: I’m quite terrible at it. When I’m lazy and don’t feel like testing my hand strength and accuracy, I just roast oysters whole in the oven. But roasting, although it works just fine, tends to dry out the precious, briny bivalve liquor.

Since I can’t seem to pass up a few dozen fresh Alaska oysters when they appear at the Saturday South Anchorage farmers markets, I’ve recently gone back to an easy, tried-and-true steaming method. Popular in South Carolina and other parts of the country, a steamed oyster is a happy medium between raw and fully cooked. The steam keeps them plump and juicy, so look for larger oysters with a deep cup to hold all the liquid. Steaming doesn’t take long — start checking after five minutes — so be careful not to overcook. You might still have to pry open some of the bivalves with a shucking knife, but it will be a lot easier once they’ve steamed.

All you really need to serve are fresh lemon wedges and maybe some hot sauce or horseradish. But to round out the experience, I also love to cook up a batch of hot and crispy French-fried potatoes. And there are so many delicious potato varieties with dazzling names — Magic Myrna, Magic Molly, Rose Finn and Huckleberry — sprouting up all over right now. The trio of oysters, hot fries and a cold glass of bubbles or brew make for a very satisfying — and shuck-free — meal.

Aromatics such as herbs and spices (optional)

Scrub oysters to remove any grit; rinse well under cold, running water. (Note: You can let them sit on a tray of ice for an hour or so but do not let them sit in water or they will perish.) Discard any oysters that have opened or have broken shells. Place oysters in a single layer in steamer basket or pan, deep-cup-side touching the basket with the flatter side up; you don’t want to lose any of the oyster liquor. Fill a large pot with water or white wine or beer and any aromatics, if using; make sure it’s just enough to fill the pot but not touch the basket.

Place the steamer basket of oysters over the boiling liquid, making sure oysters do not touch the liquid; cover and reduce heat to medium; let steam until oyster shells begin to open; check after 5 minutes but no longer than 9 or 10. Keep in mind that the oysters will be hot and continue to cook after you’ve removed them from the steam. If all the shells haven’t opened after 8 minutes, gently remove the oyster basket and, using tongs, remove oysters to a kitchen towel. At this point, use an oyster knife to gently open the oyster — it will be so much easier than shucking them raw — being careful not to lose the hot, steaming oyster liquor. Serve with lemon wedges, hot sauce, horseradish and optional dipping sauces.

Kim Sunée is a bestselling author ("Trail of Crumbs: Hunger, Love, and the Search for Home," "A Mouthful of Stars," "Everyday Korean: Fresh, Modern Recipes for Home Cooks") and a former magazine food editor. She's based in Anchorage. For more food and travel: kimsunee.com.; instagram.com/kimsunee