Fresh cod is in season. Here’s a spectacular dish that showcases it. 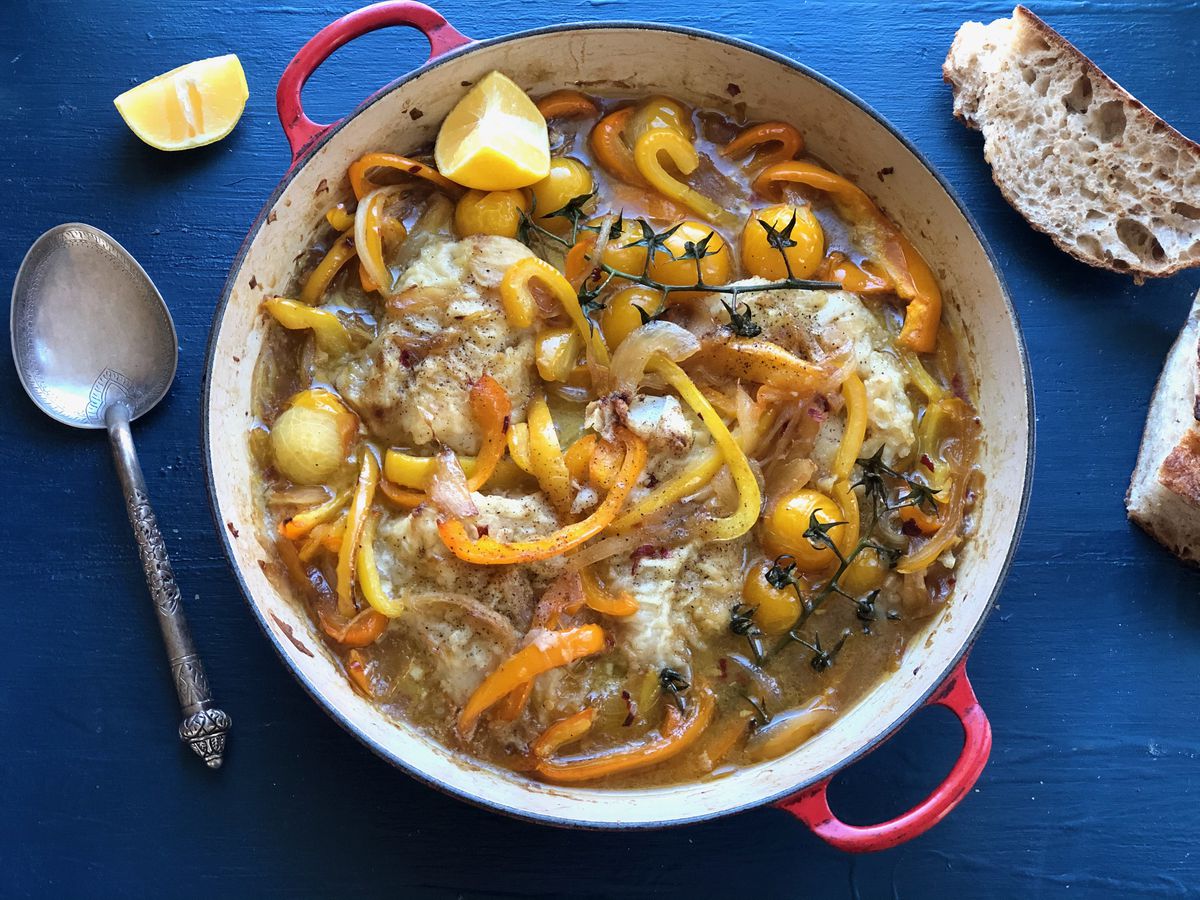 Brighter days inspire lighter fare. And with fresh cod in season, here’s a spectacular recipe that is mostly fuss-free. Pan-sear some fish before adding it to a colorful mix of onions and peppers with hits of vinegar and a little sugar. Inspired by escabeche, originally a method of preservation in Spain for game birds and other meats, the Spanish influence in the Caribbean later saw fish as the star of this dish. As with most recipes, your kitchen time will be streamlined if you make sure to prep your vegetables and other ingredients — known as mise en place — before starting to cook. The beauty of this dish is that it’s best made ahead and enjoyed at room temperature. Serve as a main course with crusty bread or rice or as part of a larger spread.

1 pint cherry tomatoes, halved (or tomatoes on the vine)

While onions are cooking, prep fish: place about one cup flour on a plate; season fish with some salt and pepper; dip fillets in flour to coat both sides. Heat remaining tablespoon oil in a separate frying pan over medium-high heat. Add fish, shaking off any excess flour and let cook on one side, without moving, two minutes. Carefully turn fish and cook another minute (add up to another tablespoon olive oil, if needed). Add fish to the onion mixture, pushing vegetables aside so the fish rests on the bottom of the pan. Add about 1 1/4 cups water or white wine so liquid reaches almost to the top of the fish. Place pan in oven, uncovered, 12 to 15 minutes, or until fish is cooked through. Remove pan from oven and let cool to room temperature. Enjoy as is or, if you have time, chill in fridge overnight and bring back to room temp before serving. Garnish with fresh herbs and some finishing flake salt, if desired.

[This rainbow-colored salad is like springtime on a plate]

Kim Sunée is a bestselling author ("Trail of Crumbs: Hunger, Love, and the Search for Home," "A Mouthful of Stars," "Everyday Korean: Fresh, Modern Recipes for Home Cooks") and a former magazine food editor. She's based in Anchorage. For more food and travel: instagram.com/kimsunee