Spruce bark beetles are back with a vengeance. Here’s how to defend your trees. 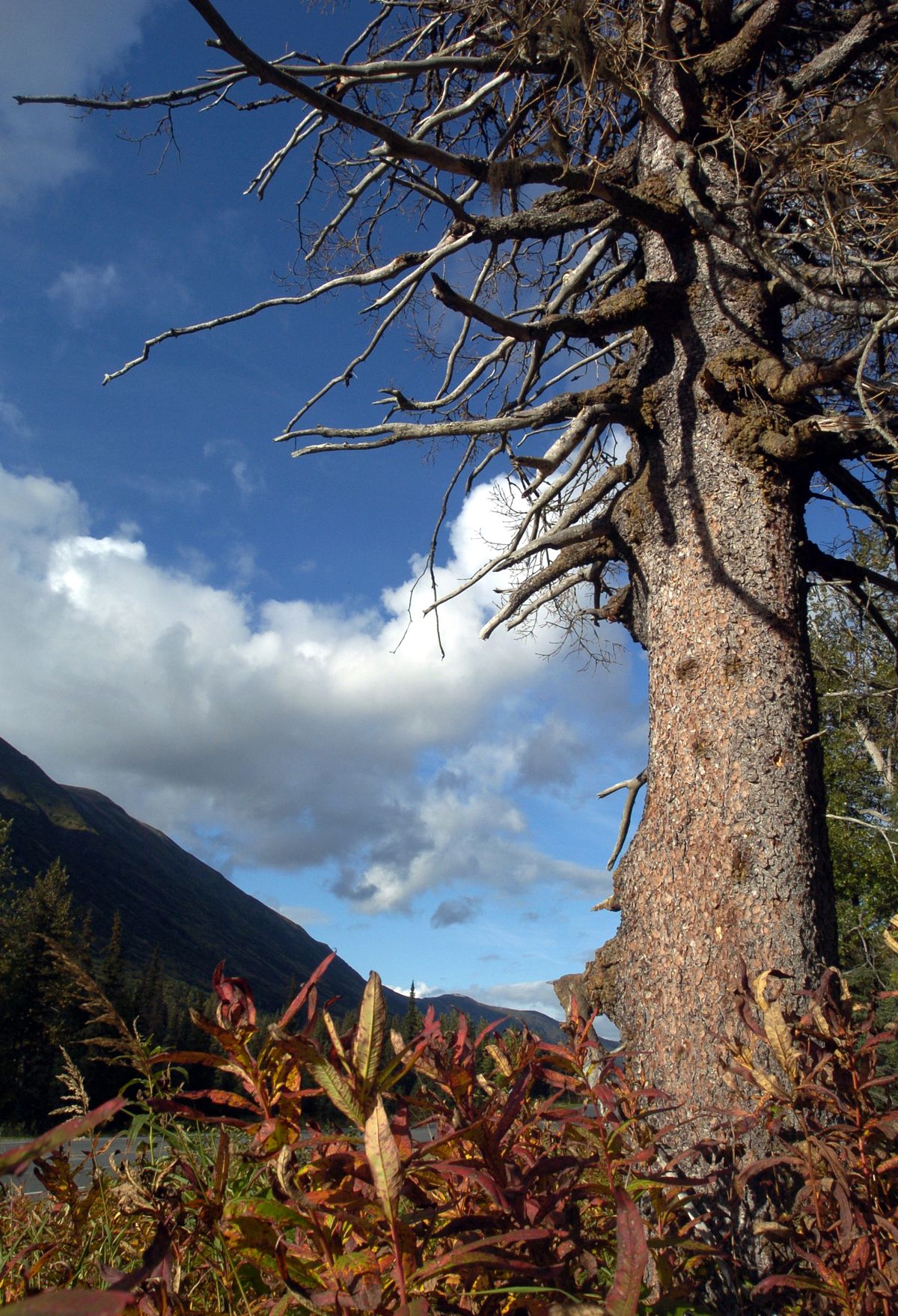 A spruce tree, dead from a spruce bark beetle attack, stands at the side of the Seward Highway a few miles south of Turnagain Pass, Sept. 7, 2005. (Marc Lester/ADN archive 2005)

A spruce tree, dead from a spruce bark beetle attack, stands at the side of the Seward Highway a few miles south of Turnagain Pass, Sept. 7, 2005. (Marc Lester/ADN archive 2005)

Newspaper columnists are not supposed to repeat columns. It became known as the "Ann Landers Rule" after she got in hot water for re-printing some of her older columns and passing them off as new ones. I adhere to this rule, but of course there are certain subjects which are repeated year in and year out.

One of those subjects, fortunately, has not been spruce bark beetles. In the mid-'90s, they were an oft-mentioned problem. It starts with red needles on spruce trees, then no needles and finally a real worry about area-wide fires. The epidemic peaked in the late '90s and you hardly heard a word about the pests from me thereafter.

Alas, they are back. They never left, of course, but last year's count by our good friends at the Forest Service has revealed an increase in the damage done by beetles over previous years to the point that the alert needs to go out: There is a spruce beetle outbreak occurring in Southcentral. The damage done last season equals the damage during that last outbreak in 1997.

Since the beetles don't emerge for a few weeks, we might as well start thinking about the problem. Actually, most of the thinking has been done for you by Forest Service, Cooperative Extension and others. All you have to do is read.

The Cooperative Extension Service has a bunch of stuff related to spruce bark beetles. Check out "module 3," an online lesson from them at UAF (forestpests.community.uaf.edu).

Keeping a healthy tree is the bottom line of all the "how to prevent damage" sections in any of the sites. This means making sure it has ample water and enough food. Those that mulch over leaves instead of picking them up are ahead of the game, and feeding a large spruce really is a game. Suggestions include digging in high phosphorous fertilizers through the tree's root zone. This one, I do not like. It will stop the ectomycorrhizal fungi from doing their job. I believe it is outmoded and wrong advice.

Nor do I like the idea of trying to kill the beetles with a pesticide spray. These must get up 25 feet into the tree's canopy. You are not going to be able to do this yourself. Nor should you try.

Cutting lower limbs to increase air circulation is another suggestion. I don't have a problem with this one, provided you understand that this time of year there will be a lot of sap moving up from the roots to the branches and cutting any limbs will cause excessive "weeping." I would wait at least until leaves are all out on other trees.

There are other suggestions. Removing bark from any spruce wood you bring on the property is a must follow. And, ultimately, not planting a monoculture is another, though most of our spruce are native to the area and not later planted.

Finally, there is a bit of potential hope in the use of a pheromone to change the behavior of attacking beetles. It has had mixed results here in Alaska and testing continues.

So, this week, in between starting seeds and raking mulch off perennials (keep it though, as it needs to go back once the soil warms), do some reading and start to develop a plan to deal with what many of us will hopefully NOT be calling "The Return of the Beetles."

Hot chocolate and painting: 12-1:30 Saturday, April 21. Learn how to make hot chocolate from scratch and paint a mug to take home with you. For adults and children ages 8 and older. $45 for an adult and child, $15 for each additional child. See alaskabg.org.

Gladioli: Lots of concern about the height some have reached. Not to worry, as you bury them a few inches deeper when planted outdoors.

Nurseries: Don't wait. Early birds do get the best worms.