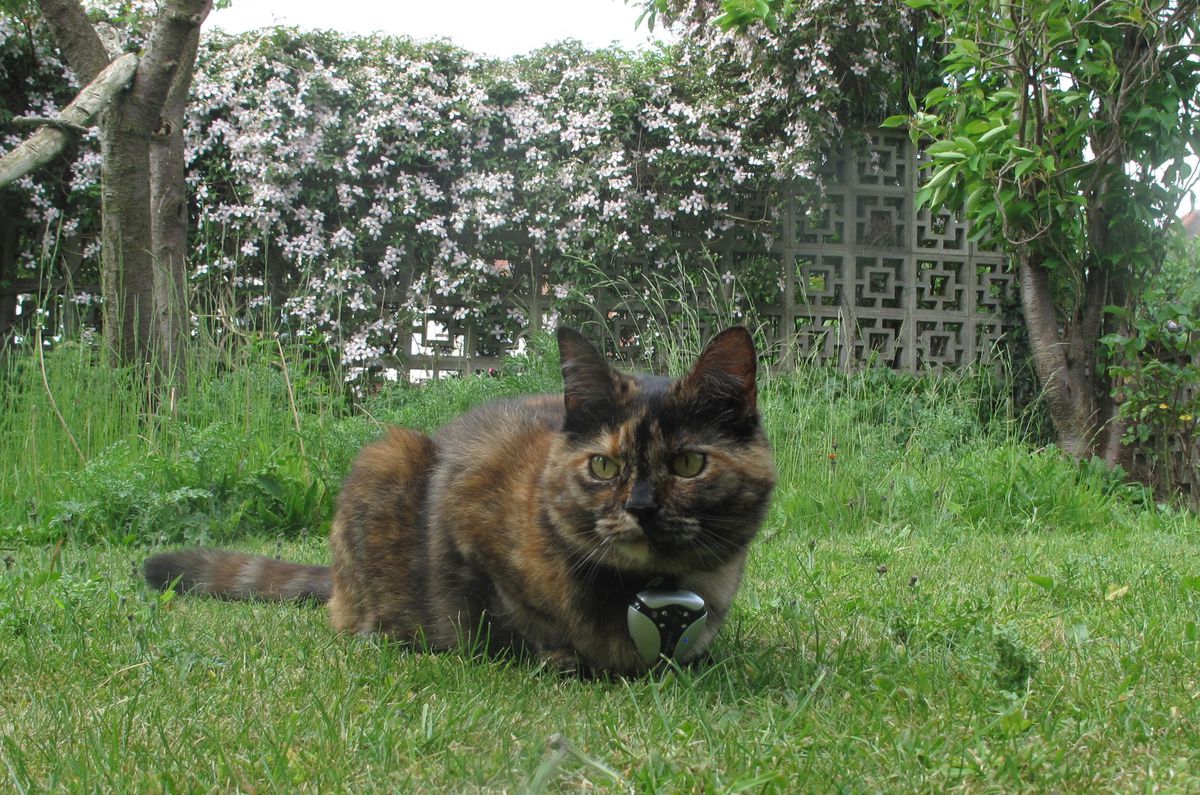 What does a cat do when nobody’s looking?

One way to find out is to set up a pet cam to spy on kitty at home. Another way is to put little video cameras on cats' collars, set the animals loose and examine hours and hours of footage.

That's what Maren Huck did. Huck, a behavioral ecologist at the University of Derby, in the United Kingdom, recruited 21 English felines, 16 of which tolerated the Oreo-sized cameras enough to count as participants in this project.

Indoors, Huck said, most cats' No. 1 activity would almost certainly be sleeping. But these cats' lives were recorded when they were outdoors, and they had a higher priority: Their top activity was "resting" - not sleeping, but not exactly up and at 'em. Another preferred pastime was "exploring," which Huck said amounts to "sniffing at plants or things."

But although "cats are famous for being lazy," Huck said, even their alfresco resting was active, if subtly so. The cat's-eye-view videos revealed many instances of felines sitting for some time in one spot, but "constantly scanning the area," as evidenced by faint shifts in the camera angle - left to right, up and down.

"They are really very patiently watching the environment, not wasting energy," Huck said.

The study that resulted from more than 127 hours of catcam footage, some of which was compared with video taken simultaneously from handheld cameras, was published last month in Applied Animal Behavior Science. The goal was not to determine cats' "time-budgets," or daily schedules, Huck said - not yet, anyway. Instead, it was to determine whether the use of collar cameras is a valid approach for understanding just how cats spend their time. The study concluded that it is.

Previous research on cats' solo behavior has used GPS or radio-tracking to examine how far they range, and catcams have been used to study hunting behavior, Huck said. But cat-worn cameras could be used to fill in lots of details in between, including by offering insight into how they do things differently when inside or outside, she said. The method could also contribute new insights to the sometimes-acrimonious debate over the impact of free-roaming cats on wildlife, which some research has concluded is profound.

Other studies have found that "the vast majority of cats don't actually catch that much. But the few killer cats are really efficient hunters," Huck said. Catcams could "be useful to get a better feeling for where they are predating - is it around the house? In the field? All these kinds of things that probably help to understand where there might be certain cats that are more likely to be a problem."

The footage studied by Huck and her co-author, animal behaviorist Samantha Watson of Manchester Metropolitan University, documented two cats killing mammals, Huck said. One victim was a wood mouse, and the other was a vole. (Huck's own cat, Treacle, also caught some moths.) Huck emphasized, however, that she did not have enough footage to draw broad conclusions about house cat hunting rates.

The videos also captured other feline pursuits, including climbing, grooming and social interactions, which in some cases might be a generous term. In Treacle's filmed encounters with other cats, "sometimes they just briefly touch each other's noses. That's a friendly greeting thing, probably," Huck said. "And perhaps five minutes later they would suddenly start to yell and scream at each other."

And, yes, there was sleeping - an activity for which the paper provided a charmingly intricate definition, given that the cameras filmed from collars and were not pointed at the cats. Footage categorized as sleeping, it explained, "is very still and close to the ground/surface, or might only show fur of cat for an extended period of time . . . 'sleeping' should probably more cautiously be called 'inactive for prolonged periods of time,' because without seeing the eyes of the cat and breathing patterns, real sleep should not be assumed.' "

But Huck said she felt confident she could distinguish cat sleep from cat rest. “One still gets quite a good impression,” she said. “Especially if one has watched hundreds of hours of cat footage.”