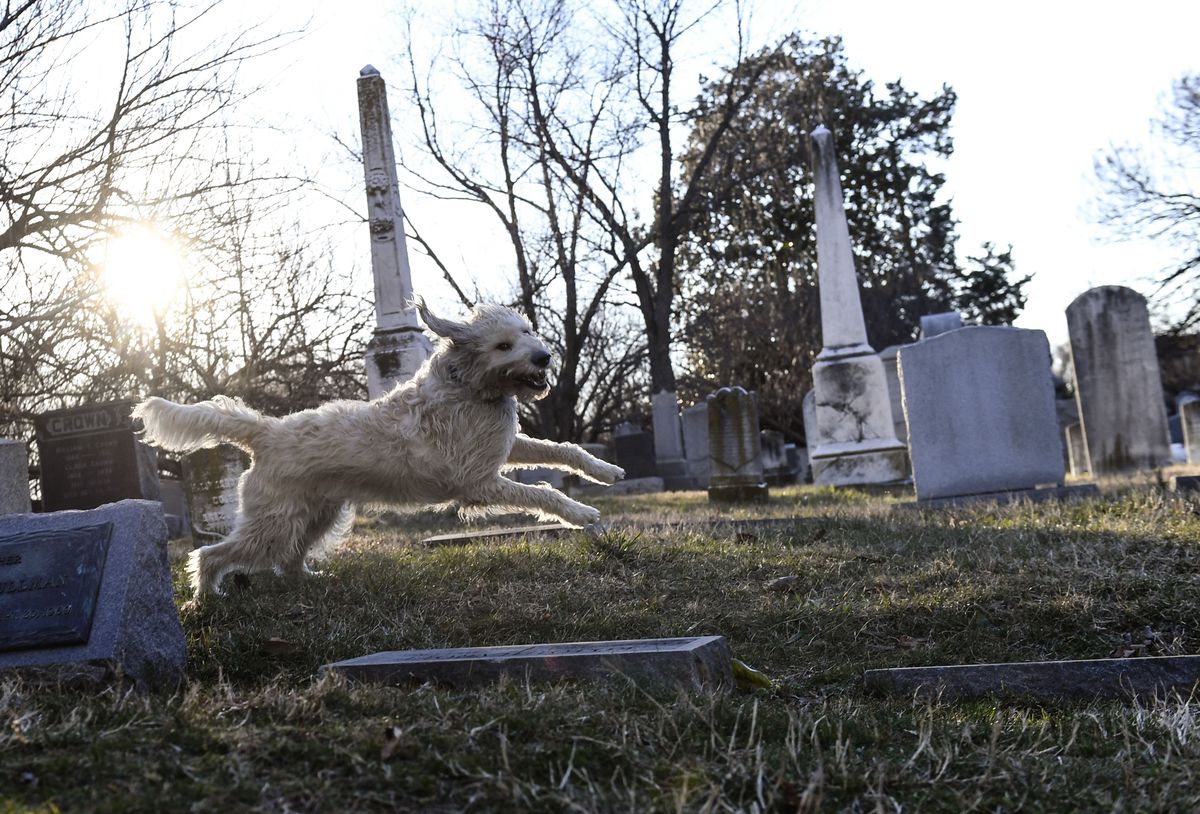 They’re cute and curly-haired. They don’t shed much. They come in multiple colors.

Aficionados see a lot to love in the labradoodle, the Labrador retriever-poodle mix that ranks among the world's most popular "designer dogs."

But not Wally Conron.

The Australian man who introduced labradoodles to the world back in 1989 says the breed is his "life's regret" - the spark for a proliferation of poodle hybrids that he claims has run amok with irresponsible breeding causing health problems.

“I opened a Pandora’s box and released a Frankenstein’s monster,” he told the Australia Broadcasting Corp. in an interview last week.

The comments have drawn confusion and indignant disagreement from Labradoodle lovers everywhere - but also recognition of dangers in the reckless pursuit of adorable new canine combinations.

Conron has been distancing himself from the labradoodle for years. A Psychology Today post from 2014 cites an interview with Conron in which he decries “backyard breeders” that have “jumped on the bandwagon” he started. The breeder makes the same laments in a 2016 blog post, writing of the “mania” that followed labradoodles’ rise to prominence.

The breeder says he coined "Labradoodle" in the 1980s while searching for the perfect guide dog for a woman who wrote him from Hawaii, saying she needed an animal that did not shed given her husband's allergies.

A breeding manager at the time for the Royal Guide Dogs Association of Australia, Conron initially thought of giving her a poodle, because of the breed's minimal shedding. But more than 30 poodle tryouts later, the ABC reported, Conron decided the dog simply was not cut out to assist a blind person.

It took him three years from the woman's letter to concoct a solution: a hybrid that would combine the Labrador's knack for guide-dog skills - an "affable, controllable nature," he says - with the poodle's convenient curls. Nine weeks later, he had three puppies, according to the ABC.

One of the pups, named Sultan, was set to go to Hawaii. But the other two languished unwanted with Conron, the breeder recalled, until he got the idea to rebrand them, from a "crossbreed" to a new kind of nonallergenic dog with the quirky name "labradoodle."

"Can you get onto the media and tell them that we've bred a special breed?" Conron recalled telling public-relations staff at the Royal Guide Dogs Association in his interview with the ABC.

The ploy worked. Calls poured in asking after a "wonder dog," Conron said.

The labradoodle set off an intense interest in so-called "designer dogs," which started to fetch prices beyond those of their purebred parents and over the decades have attracted the attention of famous figures such as Miley Cyrus and former president Barack Obama.

The hype over hybrids has set off some squabbling in the dog world, as purebred enthusiast breeders accused their designer dog counterparts of chasing profits rather than canine perfection.

“A breeder of a purebred dog is really a kind of artist,” David Frei, a former co-host of the Westminster Kennel Club dog show, told Bloomberg News. “They’re trying to create a work of art that shows all the best traits of a particular breed.”

Designer breeders are "looking for the moneymaking venture," another critic told Bloomberg.

Conron says he, too, quickly grew wary that some unscrupulous people were breeding labradoodles, goldendoodles, schnoodles and more without taking the proper precautions to avoid unhealthy pups.

Those concerns are valid, Arizona labradoodle breeder Cheryl Quitoriano told The Post, pointing as an example to the perils of "double merles" - dogs bred from two parents with marbled coats that have a high risk of hearing problems.

"So many people don't know this type of stuff," she said. "You get people who are just uneducated, breeding things together."

But that's not a labradoodle-specific problem, Quitoriano added. She said she has no idea why Conron would say most Labradoodles are "crazy" or have a "hereditary problem," as he's told media outlets. She said breeders have been somewhat baffled by Conron's comments over the years.

"They're an awesome breed," she said. "I will say that until the cows come home."

They're also in high demand, said Al Gordy, treasurer and former president of the Australian Labradoodle Association of America. Some 70,000 labradoodles around the world are registered with the ALAA, he said.

Associations like the ALAA help ensure dogs are bred with health testing, he said.

"The breed is a passion for all of us," said Gordy.

Then there’s Conlon, who as of 2016 owned two Labradors but zero labradoodles in his retirement. He writes that his “first” passion is not dogs at all, but horses.