There's plenty to explore in London, and it can be surprisingly cheap to get there 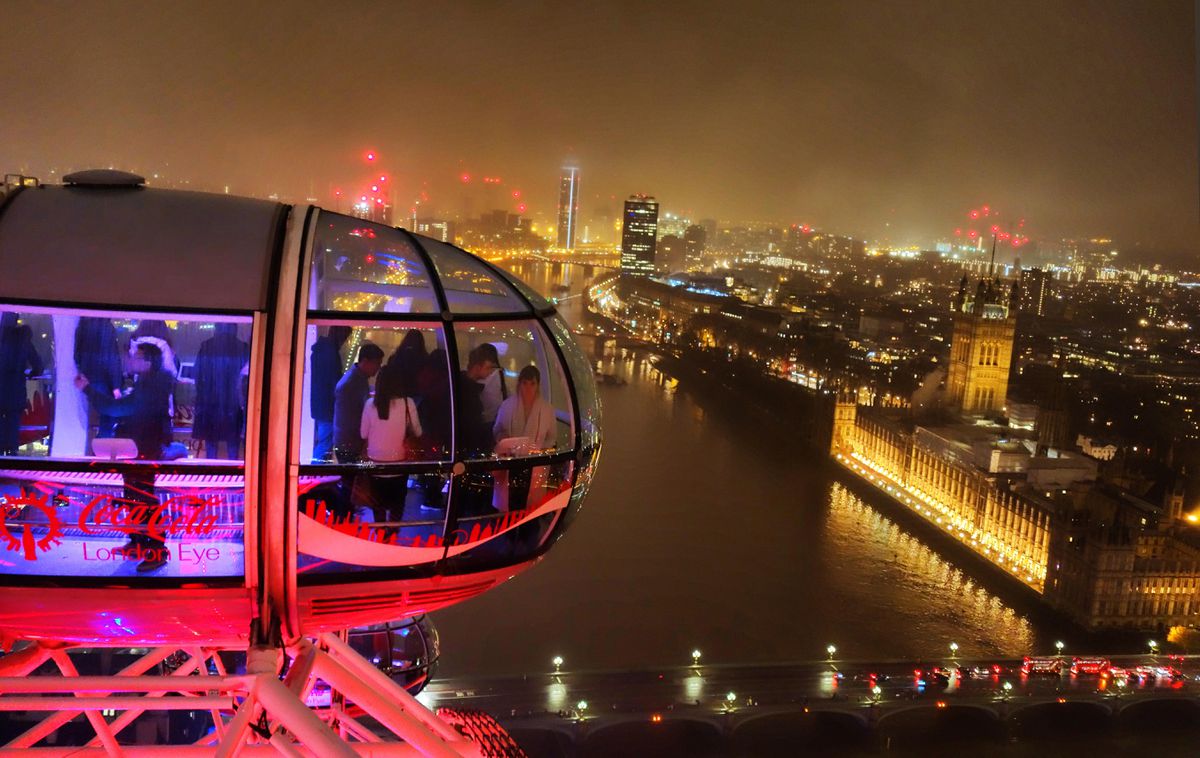 The view from the London Eye, looking down on the River Thames and the Houses of Parliament. (Photo by Scott McMurren)

The view from the London Eye, looking down on the River Thames and the Houses of Parliament. (Photo by Scott McMurren)

LONDON — This is a city on the move. And after three days of seeing great theater, sipping delicious coffee and walking along the Thames, my feet hurt. But I just move to the side so the tribe of young Londoners can pass me on the left — on the Tube, getting on the double-decker red buses or queueing up at the train station.

Because there's so much to see and do, it helps to be strategic on your visit. If you're planning your first visit to London, don't miss the London Eye. This giant Ferris wheel is right across from Big Ben and the Houses of Parliament on the Thames' south bank. This is the off-season, but you still need to make your reservations online. There is no ticket booth. If you visit in January or February, you may find that a nighttime ride on the Eye is more fun. I had a great ride at 7:30 p.m. and enjoyed seeing the city lights.

I recommend seeing a live performance in the "West End" theater district. This is where we first saw "Les Miserables" in 1990. It's still playing, by the way. This time, we opted for "The Book of Mormon." It's a hot ticket — but even popular shows have last-minute returns. We checked the show's website one day in advance and found three seats together. They were great seats, for $175 each. Other popular shows now on include "Lion King," "Wicked," "Motown the Musical" and "Kinky Boots." Many of the shows have discounted last-minute tickets at the TKTS site.

Getting to London is easier now, because of inexpensive fares and mileage deals. I traveled from Oakland to London on a brand-new Boeing 787 operated by Norwegian. If I had planned ahead, a one-way ticket would have been as little as $149. It costs extra to reserve a seat, check a bag and buy a meal. I paid it ($90 for all three), but you don't have to. My last-minute ticket was $349 one-way. I used Alaska Air mileage points (just 12,500 points) to get from Anchorage to Oakland a couple of days before my London flight.

Although most international flights depart San Francisco, the Oakland flight was very convenient. The gate was located about 100 yards past security and the Oakland Airport is far less congested than SFO.

I look forward to flying again on the 787. Norwegian's seat-pitch was about the same as Alaska Airlines coach. But the windows in the 787 are huge and there is plenty of overhead storage room — and headroom in general. I could stretch my arms all the way up to the ceiling and barely touch it. That's about 8 feet high. Even though Norwegian doesn't offer any mileage tie-ins, I would fly them again.

If you want to fly to London using your Alaska Airlines mileage points, you can fly from Anchorage for as little as 20,000 miles, using American or British Air. Be prepared to pay the "Heathrow Tax" of $175 for the return flight, though. I avoided that by flying into Gatwick Airport on Norwegian.

This trip to London was the first stop in a round-the-world trip for me. I cobbled mine together using a combination of Emirates, Delta and Alaska Airlines. But round-the-world specialist Stuart Lodge of Roundtheworldflights.com has several combinations for travelers who want to see more of the world, while keeping some flexibility on dates. Lodge's firm offers "The Discoverer" which includes airlines that are mileage partners with Alaska: LAN and Emirates. With Lodge's packages, you can change your dates, check your bags, and usually get advance seat assignments. The Discoverer ticket prices start at about $1,800 per person.

Although Lodge's firm is based in London, he serves travelers from all over the world. Part of the reason is that the dollar is very strong against most foreign currencies, including the British Pound (about $1.22 per pound). Once you get to London, there are more airline and package opportunities. Not just for cheap flights, either. Lodge has packages that include premium economy or business class tickets around the world on Cathay Pacific or Qantas.

If you're planning a trip to London, check the Visit Britain website for suggestions on discount cards, passes and transit tickets. I bought the "oyster" card for use on the buses and subways throughout the city. There are programs like the "London Pass" that you can buy for a certain number of days for entrance into more than 60 attractions.