Here are some lessons learned from a trip around the world 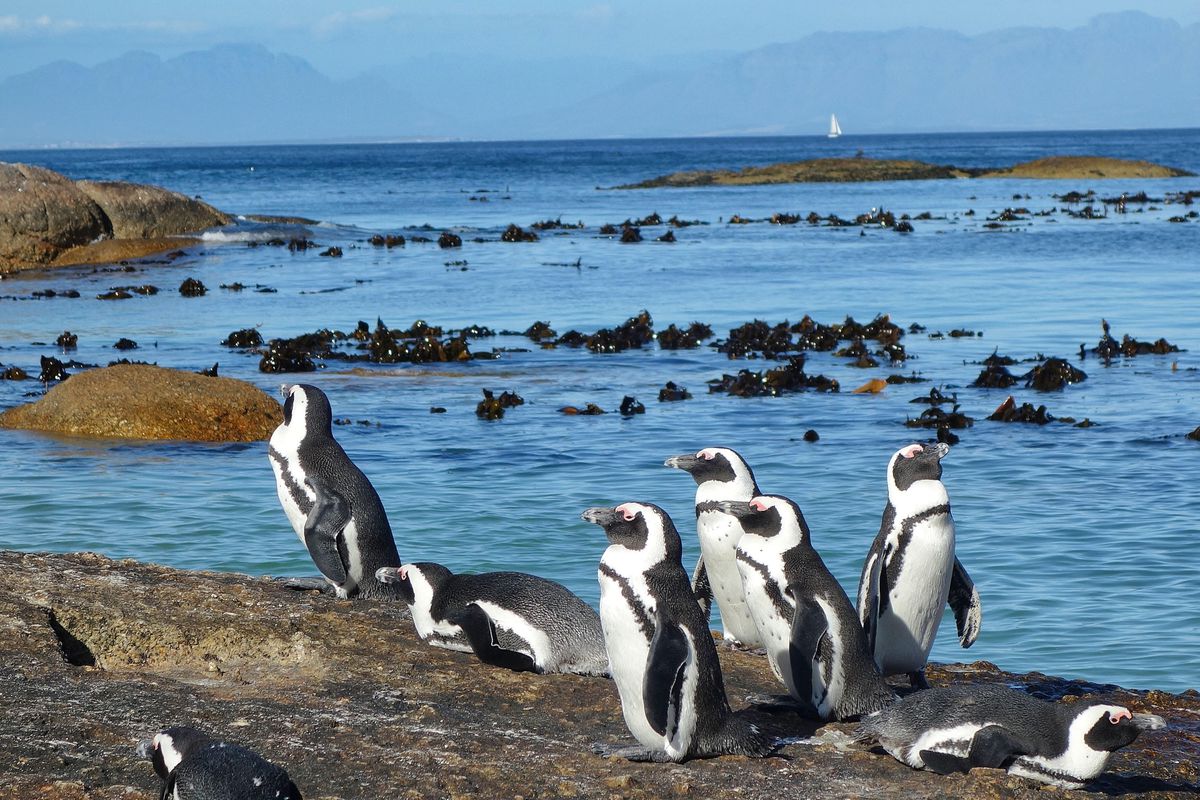 Penguins at the Cape of Good Hope, South Africa (Photo by Scott McMurren)

Penguins at the Cape of Good Hope, South Africa (Photo by Scott McMurren)

Will you learn new lessons when you're traveling? The obvious answer is yes. If you're traveling internationally, you're likely to learn about new food, new customs and perhaps a new language. The hidden answer is: You may get to learn some lessons you weren't counting on.

Looking out over the Kuala Lumpur skyline, my hotel is close to the Petronas Twin Towers, the 88-story buildings linked by a skybridge about half-way up. I'm almost done with my round-the-world trip — and Malaysia is the first country where almost everything is different: the language, the culture and the food. Oh, and they drive on the left.

Because travelers have to pay special attention to details they take for granted at home, they're able to hone keen observation skills. Still, a little advance knowledge will help people hit the ground running.

Currency: These days, almost anything can be purchased by credit card, especially at the airport. Use your ATM debit card to get local currency. I resist the temptation to use the ATM at the airport, since it always costs more or offers a less-advantageous exchange rate.

Just make sure you alert your bank that you're traveling. Last year I did that and my card still didn't work. I sat on the steps of the bank and called customer service, to no avail. On this trip, I am carrying two debit cards — just in case.

Install the "xe.com" app on your phone for easy currency conversions.

Connectivity: Even if you're only in a country for a week, it's still worth it to swap out your U.S. SIM card for a local one. In London and Cape Town, South Africa, I purchased a local SIM card at the airport.

In "KL," I waited to get to the train station because I'd read the train had free Wi-Fi. It didn't. I rarely choose "local call" options and instead go for an all-data card.

More of my international contacts are using Whatsapp for phone calls. For my SIM card here in Malaysia, I have the option to boost my data-only plan for local voice calls. It costs $1.25 per call, though.

For 2 gigabytes, the cost was 40 ringgits, or about $10. With the data, I can use Google Maps, call via Skype, Google, Whatsapp and check email and Facebook. To watch video content, it's better to wait until you find a Wi-Fi network.

Every nation is different. I visited South Africa for the first time last year. Prior to landing, I knew about the country's natural beauty, incredible wildlife and gold and diamonds.

What I found in Cape Town was a beautiful area with climate similar to California. There's a big wine-growing region and beautiful beaches all along the southern coast.

Although much of the country's famed wildlife is up north in national parks like Kruger, there are wild animals all around, like baboons, which roam the nearby hills. Down by the Cape of Good Hope, you can see penguins lounging in the sun.

For a bird's-eye view of the area, take a trip to Table Mountain. I only saw it from the V&A waterfront, but it's on my list for next time, especially since there's a big cable car to take you to the top.

But South Africa is still being formed. It's only been 23 years since apartheid was abolished. That turned national politics on its head. There are big problems with crime, corruption and the disparity between the rich and the poor.

Just outside Cape Town's airport is Khayelitsha township, home to more than 300,000. The slum is a holdover from apartheid policies of the 1980s. It's not the only slum around Cape Town, but it's the largest.

The township stands in stark contrast to beautiful central Cape Town, where the vibrant V&A waterfront is located. Here, travelers come from around the world to explore the busy area.

There are many restaurants and shops, a big Ferris wheel, and it's close to the port and downtown business district. You can catch a boat for a scenic sunset cruise, go whale watching or take a cruise to Robben Island, which was a prison until 1996, where Nelson Mandela was famously imprisoned for 18 years. Today, tour guides are former inmates.

International airlines are different: This month, I flew 16,130 miles on Emirates. I found out there are 88 rows of seats on the massive double-decker Airbus A-380s. That includes the top deck, which is all business and first class.

I was in 74D on my flight between Dubai and Kuala Lumpur. The Emirates seats had an extra inch or two of legroom, which made it less offensive to actually recline the seat and try to get some sleep.

Unlike Norwegian, Emirates provides free food and drink on all flights and allows you to check bags and bring aboard big carry-ons for no additional fee.

The seat-back entertainment system had gobs of movies, TV shows and music from many countries. In the initial boarding announcement, our pilot said the flight attendants were from 14 countries and spoke 17 languages.

Since Emirates is a partner with Alaska Airlines, I will accrue 50 percent of the actual miles flown (8,065 elite qualifying miles) toward my MVP status.

Getting around: Three of the major cities I've visited have fast, efficient train service from the airport to the downtown area: London, Barcelona and Kuala Lumpur.

In London and Barcelona, the subways and buses work well, unless there's a transit strike (in London). In Kuala Lumpur, there is a light-rail system, a monorail and buses.

There also are pedestrian overpasses, which are fully covered and air-conditioned. They are much better than walking on the sidewalks in the frequent downpours.

The other lessons you'll learn depend on how much you want to explore. Some visitors will climb mountains or raft rivers. Others will visit friends and family. Still others are traveling to do business in far-off lands.

I hope you'll make plans for foreign travel this year. The dollar is strong and airfares are cheap. My next stop is Indonesia to see a former exchange student who stayed with our family.

By traveling to the U.S., she was a cultural ambassador for her nation. Because of her courage to travel, she helped build a bridge between our families — and our countries.

You can too, and it's particularly important in today's political and cultural environment.