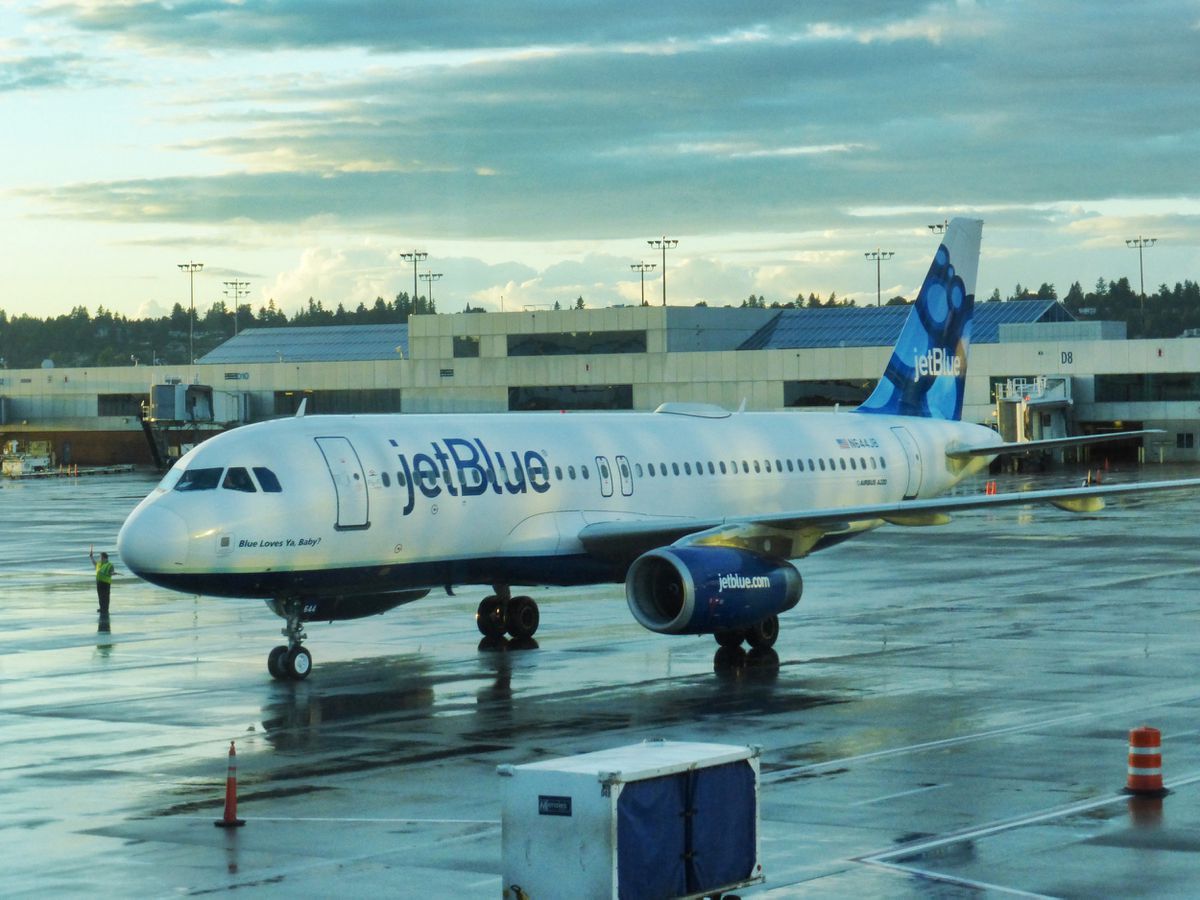 Jet Blue is in its fifth summer in Alaska.

Jet Blue is in its fifth summer in Alaska.

Every summer, more airlines flock to Alaska. The seasonal migration of big metal birds brings a multitude of travelers from around the world to our state. It also affords us the chance to go more places in less time.

An added feature this summer is the deployment of some brand new planes by two airlines — which will make the travel experience more enjoyable.

American Airlines is going to start flying a Boeing 787 to Anchorage from Dallas this summer. The carrier will start its seasonal flight from DFW airport on May 17 using a single-aisle 757. Then, on June 6, American will swap it out for a 787 for the 6:47 flight. Passengers will enjoy the bigger windows and the extra headroom in the cabin. The air circulation is better, too. This will be a popular flight, which will operate through Oct. 2. But we only get the 787 through Sept. 3 — then it’s back to the 757 for the last month in the fall.

American will fly a new Airbus 321neo on their nonstops from Phoenix to Anchorage, between June 6 and Aug. 19. Right now, Alaska Airlines flies nonstop from Phoenix (with a Boeing 737), but those flights end on April 29. The A321 is a stretch version of the Airbus 320 and the “neo” designation stands for “new engine option,” referring to the enhanced fuel efficiency.

American also will fly an A321 on the Anchorage-Los Angeles/LAX route, operating five days a week between June 6 and Aug. 19. The nonstop flight will not operate on Tuesdays and Wednesdays. On the same day (June 6), Alaska Airlines will boost its frequency from one to two daily nonstops from LAX.

During the winter, United flies once each day to Denver. On June 6, United will start a second daily nonstop from Denver through the summer. Beginning March 31, the airline resumes its seasonal Chicago-Anchorage nonstops. On April 30, United adds another daily Anchorage-Chicago nonstop. Both flights are on Boeing 737s.

United will offer one daily San Francisco-Anchorage nonstop from June 2 through Sept. 4. United’s seasonal daily flight from Houston to Anchorage starts on June 6, featuring the 737 MAX 9. This is one of Boeing’s newest jets—and United is one of the first customers. In fact, the first revenue flight last summer for the jet was Houston-Anchorage.

United also will be offering nonstop service from Anchorage to Liberty Airport in Newark, New Jersey, between June 20 and Sept. 8. The airline will fly a 757 on the route. This new, daily service will be the quickest way from Alaska to the East Coast.

Right now, Delta is offering two or three daily flights to Seattle, depending on the day. During the summer, that increases to six flights per day. That may sound like a lot — but consider that Alaska Airlines will offer 21 flights per day between Anchorage and Seattle during the same time period!

Delta also is ramping up its nonstop service to Minneapolis for the summer. Right now, the airline flies the route four times per week with a 757. Daily service resumes on Feb. 27. Then it goes to two flights per day on May 31. On June 7, Delta starts flying three flights a day from Minneapolis to Anchorage. Delta resumes its daily flight from Anchorage to Atlanta on May 28, operating the 757 through Sept. 15.

Delta also will operate nonstop flights from Anchorage to Salt Lake City between June 7 and Aug. 24 on a 757. It starts out with three flights per week on June 7, then moves to daily flights on June 27.

Sun Country Airlines also will operate nonstops from Minneapolis to Anchorage next summer, starting May 17. For the first three weeks, it’s available only on Fridays and Saturdays. But on June 5, they fly each day. On June 29, Sun Country will start three-times-daily service to Minneapolis.

Anchorage-Las Vegas is a new nonstop route for Sun Country — and it also starts on May 17. On June 5, Sun Country will start flying a 737 four times a week to Las Vegas.

Alaska Airlines, of course, offers more flights than all of the other airlines combined in Anchorage. In addition to its peak-season schedule to Seattle with 21 flights, there are four daily nonstops to Portland, daily flights to Honolulu, nonstops to L.A. and nonstops to communities throughout Alaska: Fairbanks, Kodiak, Cordova, King Salmon, Dillingham, Bethel, Nome, Kotzebue, Juneau, Barrow and Prudhoe Bay.

If you’d like to visit Vancouver, B.C. this summer, hop aboard Air Canada’s nonstop. The daily flight operates between May 10 and Sept. 30.

Condor’s over-the-top flights to Frankfurt start on May 18 with twice-weekly service. On June 25, that increases to four flights each week.

Anchorage’s other international airline, Icelandair, resumes its twice-weekly schedule on May 13.

Fairbanks also is getting nice increases for the summer. On June 7, United will start flying from Fairbanks to Denver four times each week. Later, on June 14, United will inaugurate three-times-a-week nonstop Fairbanks-San Francisco service.

Delta will start its seasonal Fairbanks-Minneapolis service on May 24. Delta operates a daily nonstop all winter from Fairbanks to Seattle, with a smaller “regional jet,” On May 30, Delta will boost that to a 737 for the summer. On June 7, Delta will add a second daily 737. Alaska offers three nonstops each day.

While the schedules have been firmed up, price changes all the time. But when two or more airlines are competing on the route, travelers can count on lower prices!