Cheap tickets, tons of fees: Welcome to the era of ultra-low-cost airlines 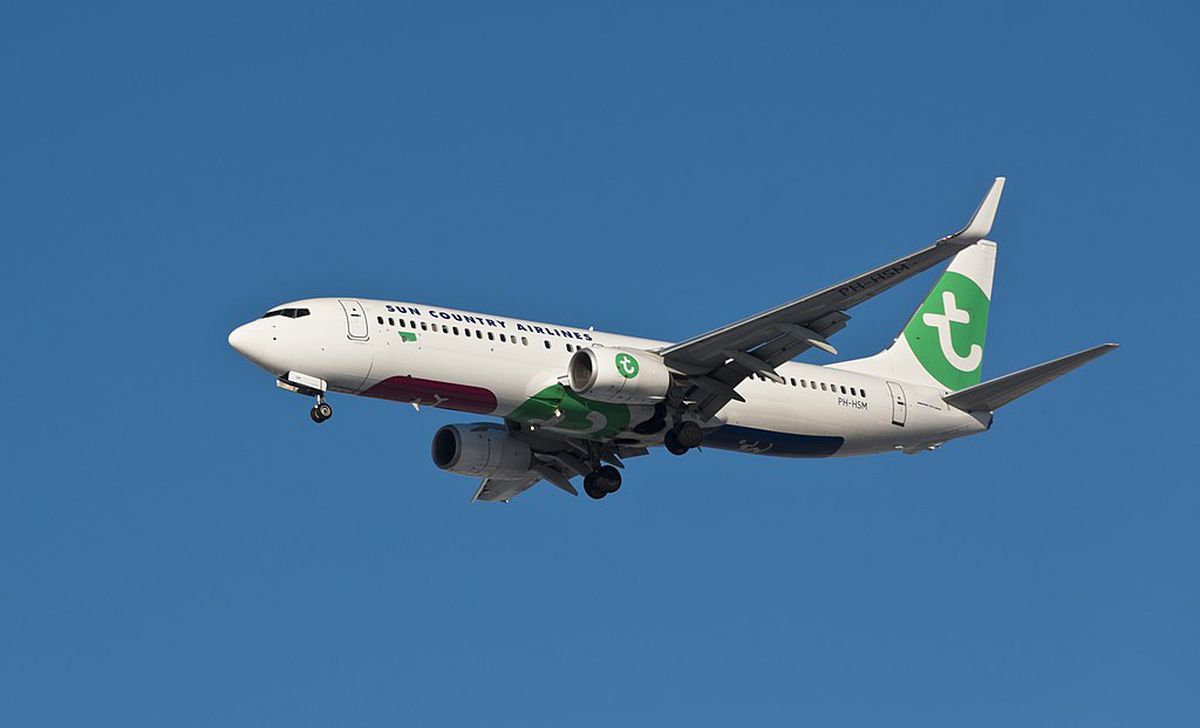 Earlier this week, I stopped by Allegiant Air’s ticket counter at the Anchorage airport. It’s not a fancy setup, as it’s only open from noon-2 p.m. Tuesdays and Thursdays. The hours will increase once its nonstop Anchorage-Bellingham flights begin May 22.

What’s interesting is that the counter is open before the flights start because budget-minded travelers can save $18 each way by having the agent at the airport make the reservation. Allegiant has a special “Electronic Carrier Usage Charge” of $18 per flight if you book online or over the phone.

Welcome to the fee-friendly world of ULCCs, or ultra-low-cost carriers.

If you are perturbed by the nickel-and-diming at Delta and Alaska Airlines, get ready for your head to explode as you navigate the minefield of fees and surcharges by ULCCs like Sun Country Airlines and Allegiant.

Sun Country is a more familiar name to Alaskans, as the airline has flown from Minneapolis to Anchorage for many years. But the carrier was sold last year to a private equity firm, Apollo Global Management. The airline’s CEO, Jude Bricker, came from Allegiant. So he’s borrowed several tricks from Allegiant’s playbook, characterizing the airline as a “low fare, high fee” airline. Sun Country will fly nonstop from Anchorage to Las Vegas four times a week this summer starting May 18, in addition to up to three flights per day from Anchorage to Minneapolis.

Allegiant Air is the new kid on the block, offering twice-weekly service between Anchorage and Bellingham, Washington, starting on May 22. If you hunt around on the Allegiant website, you can find rates to Bellingham for $70, with return flights from $80.

It’s important, though, to know what you’re buying when booking on a ULCC:

• Advance seat assignments are extra. Depending on the flight, they can range from $7 to $45. If you elect not to pay for a seat, one will be assigned to you at check-in.

• You can bring one small personal item with you at no additional charge. Both Sun Country and Allegiant have specific dimensions for the free items, which must fit under the seat in front of you. Think purse or slim laptop bag. If you think you’re going to bring a full-size backpack or rolling suitcase for free, think again. They will charge you. In fact, it’s cheaper if you pay in advance.

• When booking your ticket online, you’ll be guided through a variety of optional services, including car rentals, hotels, travel insurance and baggage options.

• Of the two ULCCs, Sun Country and Allegiant, Sun Country is a little less strident in its quest for additional fees. But the fares are a little higher, too.

On Sun Country, travelers can choose from a variety of movies and shows streamed to their own devices. Also, there is a selection of free non-alchoholic beverages available. On Allegiant, there is no in-flight entertainment. Neither airline offers Wi-Fi. On Allegiant, every beverage costs extra, even water ($2).

The standard seat on both airlines is a little tight: about 30 inches between rows. Both airlines allow travelers to pay extra for seats with a little extra legroom. Sun Country’s seats will recline a little bit. Allegiant’s will not. I’m not a “recliner,” but if you’re sitting in front of me on one of these flights, I promise you’ll get excellent lumbar support from my knees.

Unlike airlines like Alaska Airlines and Delta, these ULCCs make no pretense to serve all travelers with a variety of destinations. Although Bellingham is a hub for Allegiant, the airline is only offering flights to Bellingham from Anchorage. That’s partly because the plane arrives after 10 p.m., after all the other flights have departed. Sun Country offers a limited number of connecting flights from its hub in Minneapolis. But the prices are not as competitive compared with other airlines. It’s the nonstop point-to-point traffic that is the sweet spot for both airlines.

It’s likely that the new service to Bellingham on Allegiant and Las Vegas on Sun Country will trigger a response from Alaska, Delta and even United this summer. One thing that’s already happened: the “basic economy” craze at the bigger airlines. By stripping out seat assignments, frequent-flyer perks and the ability to change or cancel, the bigger airlines are trying to carve out a section of their cabins to compete with ULCCs. Also, the seat pitch in coach on Delta’s 757 to Minneapolis and United’s 737 to Denver are about the same as Allegiant or Sun Country: 30 inches.

Neither Allegiant or Sun Country has a frequent flyer plan to stand up to Alaska’s, Delta’s or United’s. Both ULCCs have their own loyalty plans, though, complete with a co-branded credit cards.

Allegiant started out with a bang last week, offering tickets for as low as $59 one-way from Anchorage to Bellingham. Now the prices have drifted up a bit. But I expect lots of fare sales as the mid-May flights approach.

In addition to Allegiant and Sun Country, JetBlue will be returning for the summer with nonstop flights from Anchorage to Seattle and Portland. JetBlue does not fit the ULCC model. In fact, JetBlue has the most room between rows in “regular” coach of any airline: 33 inches. The airline is not shy about putting out some great fares as summer approaches.

As travelers make their summer plans, keep in mind that the base fare that’s advertised is essentially for a small person who can fit into a middle seat with no bags. For the rest of us, the base fare is a shopping cart where you can add on what you want: extra legroom, the ability to change or cancel, carry-on bags or checked baggage — and a host of other extras. Each airline is a little different, but the ULCC model clearly appeals to the super-thrifty traveler.