Got spring fever? Here are some fun travel options, both in Alaska and farther afield 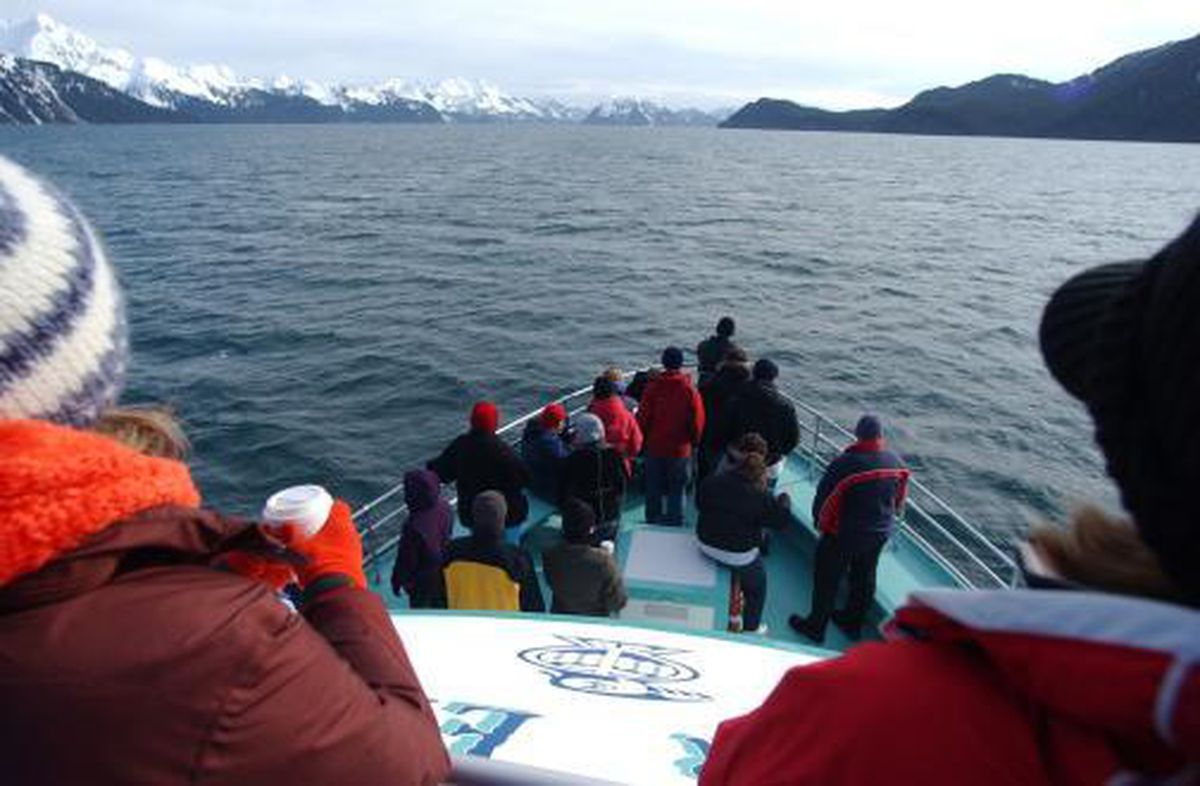 Whale watchers aboard a Kenai Fjords Tours boat keep an eye out for a humpback whale that had been surfacing in their vicinity in Resurrection Bay. (Marc Lester / ADN archive)

Whale watchers aboard a Kenai Fjords Tours boat keep an eye out for a humpback whale that had been surfacing in their vicinity in Resurrection Bay. (Marc Lester / ADN archive)

It’s spring — and Alaskans can’t wait to hit the road. Whether it’s around the state or around the country, there are special events and bargains for adventurous travelers.

In Southeast Alaska, the season starts April 28, when the first big cruise ship arrives. Then, independent travelers will be able to ride the Mount Roberts Tram in Juneau, go flightseeing in Misty Fjords down in Ketchikan and ride the White Pass Railway in Skagway.

The next weekend, May 2-5, Cordova hosts its annual Copper River Delta Shorebird Festival. There are a collection of prime viewing spots on the delta, with shuttle rides from downtown. Then there are community events throughout the weekend, as well as special presentations on art, photography and “bird trivia.”

To get to Cordova, you can fly on Alaska Airlines or take the ferry from Whittier. Or, Lazy Otter Charters in Whittier is offering cross-sound passage on the “Kayak Chief,” a 22-passenger water taxi. Cost is $200 round trip.

The next weekend, May 9-12 in Homer, is the 27th annual Kachemak Shorebird Festival. Local birders claim you’ll be able to see up to 130 different species of migratory birds. The headquarters for the event is at the Islands and Oceans Visitor Center. In addition to the birdwatching available on the Homer Spit and on Beluga Lake, several boat operators have scheduled special tours across Kachemak Bay. There are scheduled visits to Halibut Cove, Barren Islands, Grewingk Glacier and Seldovia.

In Seward, the Mermaid Festival is scheduled May 17-19. The event starts out with a Mermaid and Pirate Pub Crawl — and coincides with the Seward Harbor opening.

Even though the Mermaid Festival is in mid-May, the wildlife season gets started in March. Both Major Marine Tours and Kenai Fjords Tours are offering gray whale-watching cruises right now.

Major Marine offers a “spring fever package,” which includes a gray whale watch cruise, overnight accommodations at the Harbor 360 hotel and admission to the Alaska SeaLife Center. Prices start at $111 per person.

Kenai Fjords Tours offers the whale watch cruises for $72 per adult, and kids up to 11 years old sail for free.

Kodiak’s biggest community event is the annual Kodiak Crab Festival or “Crabfest,” May 23-27. Most of the action is right by the harbor. There are races, search-and-rescue demonstrations by the Coast Guard, music concerts, rides for the kids, art shows, a blessing of the fleet and other community events.

If you’ve got friends or relatives who want to come up early to visit, there are a number of destinations on sale with Alaska Airlines, Delta or JetBlue.

Between Anchorage and Seattle, JetBlue and Delta are offering $77 one-way tickets for travel between May 23 and Sept. 15. The catch? You have to purchase them by Sunday, March 24. There’s a chance the sale could be extended, but I wouldn’t bet my vacation on it!

Between Anchorage and Portland, JetBlue is offering nonstop flights for $108 one-way for travel between June 13 and Aug. 22.

Headed to New York City? Alaska Airlines is offering one-way tickets to either Newark of JFK for $199. There are plenty of southbound seats to both airports between April 10 and June 12. But there are more northbound seats available from JFK.

Tickets to Orlando still are tracking at less than $400 round trip. But you really have to pay attention. On April 11, Alaska Air has tickets for $199 one-way. But there’s a 9:45 layover in Seattle! The next day, on April 12, United has a $195 one-way fare available. It’s a really good schedule — just a 1:23 layover in Denver. But United charges extra just to bring a full-size carry-on bag aboard. The next day, April 13, both Delta and Alaska Airlines offer seats for less than $200 one-way. Delta has a quick 55-minute layover in Minneapolis, while Alaska has a 1:10 layover in Portland. The good prices for southbound flights are available through June 19. But northbound flights spike after May 4. So the last two weeks of April is the perfect time to catch the great fares to Orlando.

Denver is a popular destination for Alaskans, and it’s on sale from April 9 to May 18. Most days are available for $180 one-way on either Alaska Airlines or Delta. Sometimes it’s a few bucks cheaper, but watch out for bad connections.

Then, there are the crazy fares: Anchorage-Bellingham nonstop for $129 round trip on Allegiant. This deal is available May 22-29, which is the airline’s first flight of the season. Or how about Anchorage-Las Vegas for $128 one-way on Sun Country, for travel between May 17 and Sept. 2?

The Alaska Summer Showcase is coming up on Saturday, March 30,at the Alaska Native Heritage Center. There will be travel companies offering specials, live music, Alaska Native dancers, food trucks and prizes. (Disclaimer: I’m the organizer of the event.) Tickets are $7.99 in advance, online at MyAlaskaTix.