'Mile Cry Club’: Why human emotions and senses go haywire on a plane 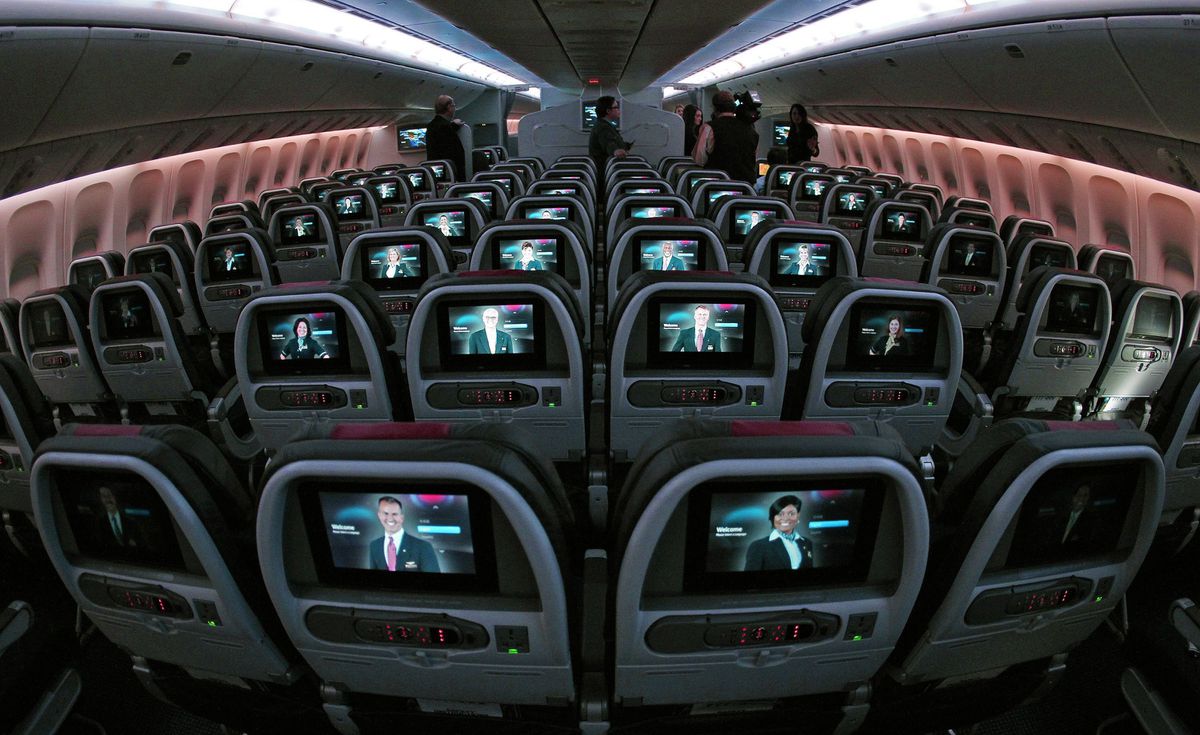 When model, cookbook author and unofficial mayor of Twitter Chrissy Teigen wondered on the social media platform whether there is a reason she cries more at movies while on a plane, she tapped into a shared - and apparently emotional - travel experience.

The answer from her followers was an overwhelming "yes": Followers attested to sobbing over "Deadpool 2," "Bridget Jones's Baby," airline safety videos - you name it. And the reasons hypothesized to explain the emotions were just as varied. It's the vodka. Or the altitude. Or the lower oxygen levels in the blood. Comedian Joe Randazzo, confessed plane-crier at "Legally Blonde 2" and "Thor: Ragnarok," offered a slightly morbid view: "Some say it's the air pressure but I believe it's because deep down your subconscious knows it might be the last movie you ever see."

Although there are far more anecdotes than pieces of solid research, psychologists can point to explanations behind what's been dubbed the "Mile Cry Club."

Jodi De Luca, a clinical psychologist in Colorado who considers the effect of altitude on emotions one of her areas of interest, says passengers might feel a lack of control over their environment or a sense of anxiety that something bad could happen on the plane. That prompts the brain to produce a stress hormone, which can result in an increased heart rate and faster breathing.

"It's not just psychological or emotional, it's also a physical and physiological event. It's never any one variable. And that's important," she says. "We are cognitively, psychologically, emotionally [compromised], and now we're physiologically compromised. The setup is perfect for an emotional vulnerability."

Combine that with possible fatigue, plus immobilization, high altitude, reduced oxygen in the blood and dehydration due to dry air, and it's a wonder everyone isn't blubbering constantly.

"We could be on that plane watching that movie - it could be funny, it could be a little sad - and suddenly we find ourselves crying uncontrollably or gasping," De Luca says. "Part of that is because we are limited with regard to the regulation of our emotions in an already-compromised environment."

She says travelers should consider coping strategies in advance and bring things that are calming for them: a puzzle book, video games, favorite foods or a cozy blanket. "Do things to make that environment, as much as you possibly can, comfortable."

But tear ducts aren't the only things that go haywire on planes. Add them to the list that includes dulled taste buds, a hindered sense of smell and pained ears, and it's no surprise that travel can be such a sensory-jarring experience.

Research commissioned by German airline Lufthansa showed in 2010 that the threshold for taste and smell increases at the lower pressure of an airline cabin. The perception of salt is reduced by 20% to 30%, the study showed, while sweet flavors were 15% to 20% more difficult to taste.

Charles Spence, a professor of experimental psychology at Oxford University, says dry cabin air makes it harder for aromas to travel and dries out the nose, making it harder to smell that plate of chicken or pasta. In an article for the International Journal of Gastronomy and Food Science, he wrote that low air pressure and high levels of background noise in cabins also play a role in passengers' ability to smell and taste.

Another study by food scientists at Cornell University also showed in 2015 that the noise level on flights tamps down sweet flavors but amps up umami tastes in substances like tomato juice. That gave a fresh explanation to a question Lufthansa had been trying to answer for years: Why were so many fliers ordering tomato juice when the drink isn't necessarily a hit on the ground?

Armed with this research, airlines have explored ways to optimize offerings for passengers' altered states. Spence, author of "Gastrophysics: The New Science of Eating," worked with a chef on "rethinking airline food" for Monarch Airlines in 2017.

They came up with a meal box that included ice cream with echinacea, a mochi rice ball to give passengers something to chew on and an umami-rich tea, biscuit and nut bar. Before the idea really took off, though, Monarch went bust.

Other airlines have introduced more umami flavors into their menus, including British Airways. That carrier also worked with Twinings to create a tea blend that would still taste good at altitude, and recently announced a Pickering's gin specially crafted for drinking in the sky.

Spence hopes for more in-flight breakthroughs in drinking and dining; he says the way food is served and described - and even what passengers listen to as they eat - can also enhance its quality.

"Classical music will make your wine taste more expensive," he says, and high-pitched music heightens sweetness. He worked with British Airways to create a "Sound Bite" playlist to complement meals in 2014, pairing Louis Armstrong and Duke Ellington with a savory starter and Madonna with dessert, according to a menu published by the Daily Mail.

And late last year, Finnair announced it had paired its signature chef with Swedish band Roxette to create "new scientific soundscapes" that would accompany three dishes.

Outside of mealtimes, just sitting on a plane can be uncomfortable thanks to the surroundings.

According to the World Health Organization, when a plane is at its typical cruising altitude of 36,000 to 40,000 feet, the air pressure in the cabin is equivalent to between 6,000 and 8,000 feet above sea level. The blood carries less oxygen than it would at sea level, a condition known as hypoxia, but the agency says healthy passengers usually tolerate the effects well.

However, there are still irritations. A passenger's sense of balance can be thrown off by the movement of the plane, leading to motion sickness. And the cool, dry air in the cabin can dry out the eyes, nasal passages and mouth. Background noise is a constant, says Clayton Cowl, chair of the division of preventive, occupational and aerospace medicine at Mayo Clinic in Minnesota.

"There's a lot of white noise in a plane," he says. "It's not at a frequency type that would cause hearing loss, but it certainly is something that over time your senses adapt to."

The change in cabin pressure can also cause gas in the body to expand, which leads to that familiar pain and feeling of blockage in the ears - as well as reduced hearing. Didi Aaftink, an occupational health physician who worked for the Dutch airline KLM for more than 12 years, says she frequently fielded questions about ear pain and airplanes.

She blogged about several tips, including swallowing, yawning, chewing gum, avoiding sleep during descent and offering a pacifier to babies.

Despite all the potential for emotional and physical discomfort (and there can be plenty), medical experts say the human body is remarkably resilient.

“For most travelers - the vast, vast majority of travelers - the body’s adaptation to flight is a seamless process, and we all know that most of the time, it’s not a big deal,” Cowl says. “There are a few subtle adaptations that we do when we’re flying that we’re not aware of. The body’s amazing; it does accommodate.”