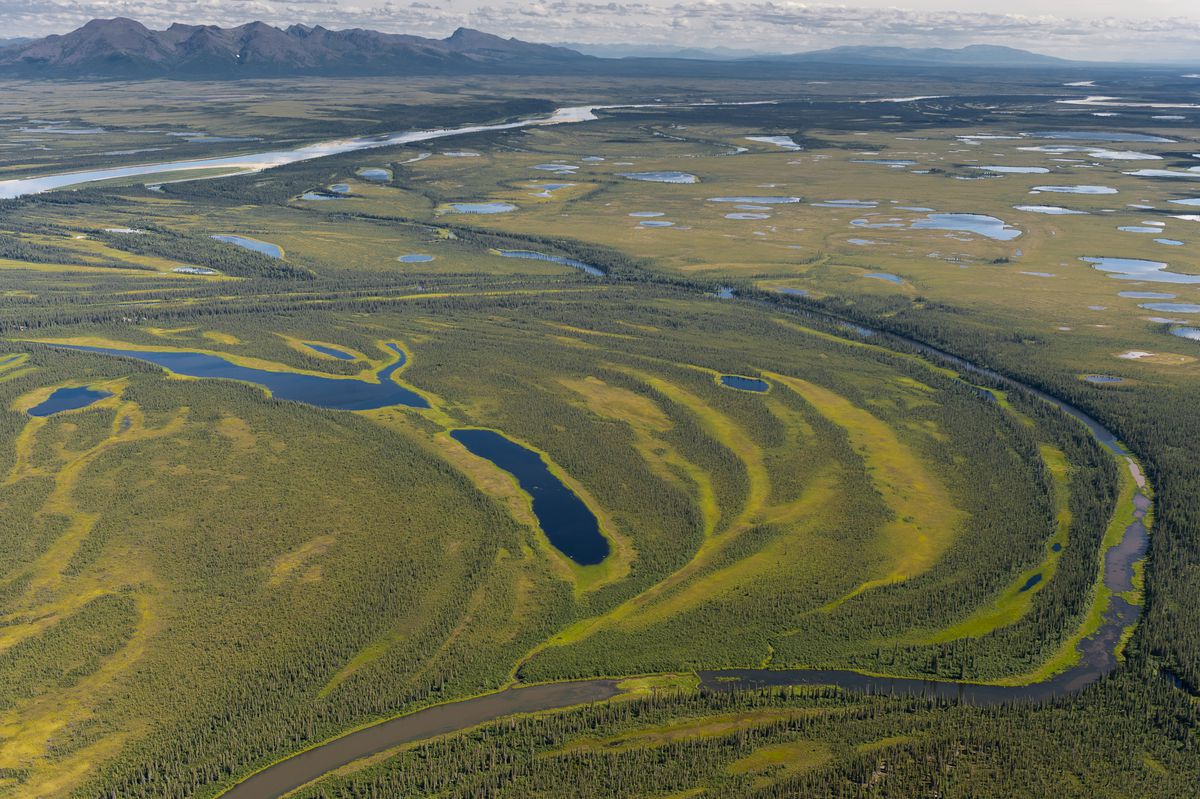 Alaska has a triple scoop of national parks. It’s no secret that some of them play hard to get. Kobuk Valley National Park comes to mind. You can’t drive there. There are no services available. A river runs through it (the Kobuk River). The easiest way to reach the park is to fly in from Kotzebue. But it’s not cheap.

Maybe because the parks are hard to reach, some intrepid travelers go out of their way to see them.

Wrangell-St. Elias National Park is the nation’s largest park — and you can drive there. It’s a five-hour drive from Anchorage to Chitina. From there, you can catch an air taxi back to McCarthy. Or, you can take your time driving the 60 miles back to the end of the road (35 miles per hour is the recommended speed).

The National Park Service has spent several years sprucing up the old mining town of Kennicott, including many of the buildings where copper ore was processed. This is one of the unique features of the park, which otherwise is a mass of mountains, glaciers and rivers that encompasses more than 13 million acres.

In the middle of the abandoned mining town sits the Kennicott Glacier Lodge, built where there once was a housing complex for the manager, top executives and their families. There’s just one seating for dinner (at 7 p.m.) and the food is served family-style, at long tables.

When we visited, we met folks at dinner from Russia, Israel, Holland and Australia. There also were some other Alaskans. But across the room was a group of travelers with matching jackets that said “John Hall’s Alaska.” John Hall Sr. and his family have offered tours in Alaska for decades. It’s not uncommon to see the company’s red-and-white buses rolling through Anchorage during the summer that say “Kiss Alaska.”

The group was in the middle of its tour of five national parks in Alaska: Denali, Katmai, Wrangell-St. Elias, Gates of the Arctic and Kenai Fjords. This is an ambitious tour program, which includes bear-viewing at Brooks Falls and a chance to wade in the Arctic Ocean at Utqiagvik (formerly called Barrow).

“To get to the Arctic Ocean, we charter a plane from Ravn Alaska in Fairbanks. From there, we fly to Anaktuvuk Pass so guests can say they visited the Gates of the Arctic National Park,” said Elizabeth Hall, John Sr.’s daughter who now runs the Alaska tour program.

“Guests have the chance to explore the museum and they spend about 90 minutes on the ground before we take off for the Arctic Ocean,” she said. “We also offer some options to see Glacier Bay National Park and even Kobuk Valley.”

The full, 19-day National Parks of Alaska tour includes a seven-day cruise from Seward through the Inside Passage. The trip features a dedicated tour manager and is limited to 28 people. There are lots of extras, including train rides, museum admissions, cruises and flights. Prices start at $11,979 per person.

Luckily, Alaskans have many of these parks at their back door (almost). Toward the end of the peak travel season, there are specials on tours and excursions in and around the parks. Here are some examples:

Denali National Park: Princess offers a rail/lodging package from Anchorage which includes two nights accommodations in Denali, round-trip train transportation and transfers from the train to the hotel and back. Cost is $299 per person. Once you arrive, you can book your own bus tour back into the park. Some go just a little way into the park. Be sure and check out the “Tundra Wilderness Tour,” which is about eight hours.

If you have more time, consider going all the way back to the end of the park road. It takes a long time, but you’ll see Wonder Lake near the end. That’s where a lot of “classic” Denali photos are taken with the lake in the foreground and mountain in the background. If you’re lucky, you will see the mountain. The Denali Backcountry Adventure includes the bus ride there and back plus a lunch at the Denali Backcountry Lodge. Cost for the full-day tour is $194 per person.

Wrangell-St. Elias National Park: Kennicott Glacier Lodge is open until Sept. 7 and offers $99 rooms between Aug. 15 and Sept. 7. Since you cannot drive your car up to the lodge, the staff will drive down the hill to meet your at the footbridge. You walk to the other side and hop in the van.

Glacier Bay National Park: Many cruise ships take turns cruising through the bay on their week-long itinerary. But the dayboat that cruises from Bartlett Cove is fun! It’s a fast catamaran. The last time I went on this cruise, we saw brown bear, black bear, humpback whales, sea lions, eagles and some huge glaciers! It’s an eight-hour cruise and includes lunch. Cost is $227 per person.

Katmai National Park: You can take all-inclusive day tours from Anchorage to see the bears at Brooks Falls for $895 per person. It’s a long day. Or you can piece it together yourself. Use your Alaska Airlines miles to get from Anchorage to King Salmon. Then, take an air taxi (less than $200) from King Salmon to Brooks Camp. Plan on camping at the electric-wire enclosed campground for $12 per night. Make reservations online at recreation.gov. You can walk from there to the falls to see the bears. But stay an extra day to go on the tour of the Valley of 10,000 Smokes. This all-day tour from the lodge will take you to the edge of the valley where you can see the destruction of the Novarupta volcano more than 100 years ago. Hike down to the valley floor. None of the day-trippers have time to do this tour — and it’s fun! Cost is $96 per person.

If you get to see these parks nearby, perhaps you will be inspired to see more of them!