Isn’t it about time you took a trip to Southeast Alaska? 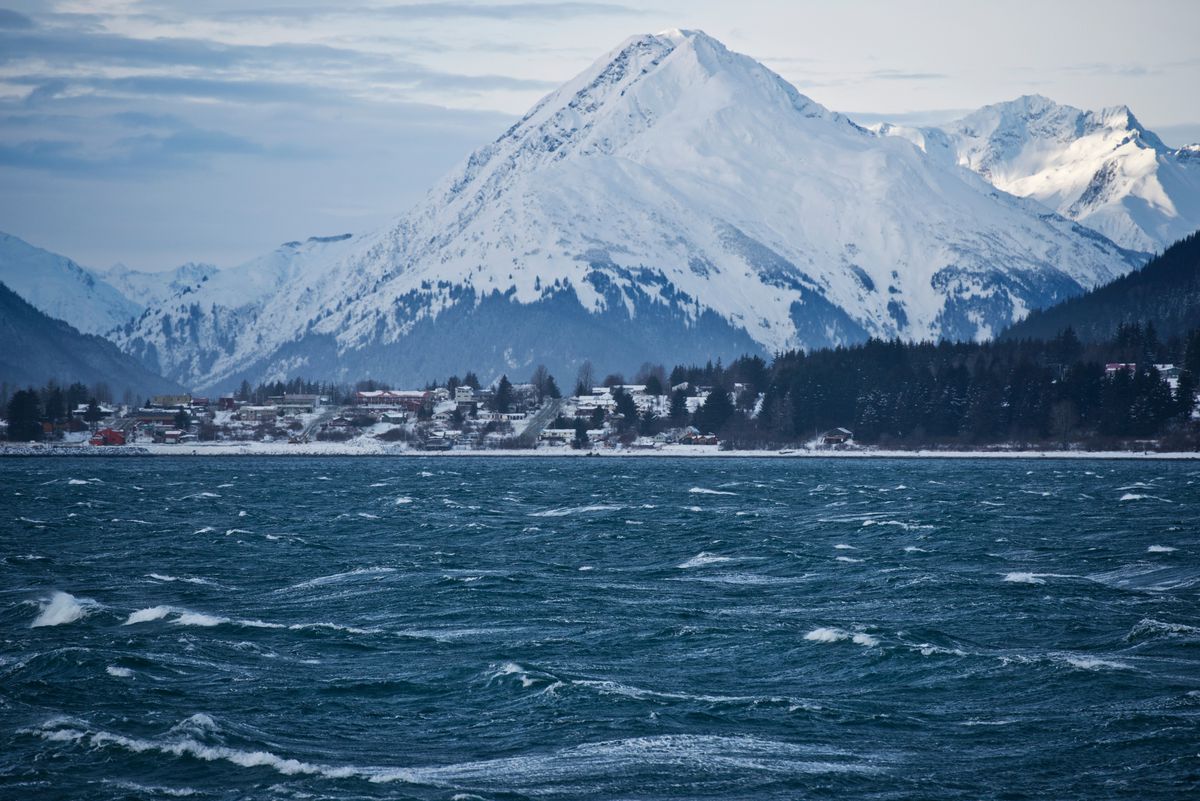 Many Anchorage travelers see the Inside Passage only from the window seat of an Alaska Airlines jet. And that’s a shame. There’s a lot to see and do in Southeast Alaska. Some of us have been to Europe more times than we’ve been to our state capital in Juneau.

Look closer at our communities in Southeast Alaska for a slice of nature that’s completely different.

Haines is easier to reach by road than it is by plane, I think. Sure, it’s 787 miles from Anchorage. But it’s a beautiful drive. By plane you have to go down to Juneau and then hop a small plane to the Haines airport. One of most scenic parts of the drive is from Haines Junction down to Haines. The mountains and lakes are spectacular. Take a few moments to stop for some photos.

About 28 miles before you reach Haines, you’ll drive past the Chilkat Bald Eagle Preserve. The road parallels the river and it’s not uncommon to see eagles all over — hovering around to snag one of the salmon swimming upstream. There’s even a bald eagle festival in November.

Juneau is easy to reach by Alaska Airlines. The best deal going is the 5,000-mile award ticket, which you can get if you plan 21 days in advance. Even if you leave tomorrow, it’s just 7,500 miles — which isn’t that much.

Get a car and drive out to Mendenhall Glacier. You actually can get a good shot of the glacier as you’re landing at the airport. It’s less than 10 miles away. There’s a great trail that goes along the side of the lake in front of the glacier, up to the giant waterfall. That’s about as close as you can get unless you paddle closer in a kayak — or fly up in a helicopter.

There are all sorts of boat tours that leave from Auke Bay to go see the whales that feed nearby. You’ll get much closer to the whales if you’re in a boat, that’s for sure. But with a good pair of binoculars you might get a good view from the road along the coast. There are a couple of pullovers driving north from Auke Bay. Just look for the whale-watching boats. That’s a good indicator that the whales are nearby.

My favorite place to watch for whales is at the Shrine of St. Therese, about 11 miles north of Auke Bay. It’s right on the water. This is a retreat center run by the Catholic Diocese of Juneau. There are beaches on either side of a causeway that leads to a rocky island. There’s a church built on the island — and there are several spots where you can look out across the water and see whales. It’s a peaceful place and offers extraordinary views both up and down the channel, as well as the Chilkat Mountains which are visible across the water.

Petersburg is on my list. I’ve gotten as far as the airport or the ferry terminal — but never to the town. Friends who have visited say it’s beautiful, with easy access to LeConte Glacier by jetboat. One of the most scenic boat trips I’ve taken near Petersburg is through the Wrangell Narrows on the Alaska Marine Highway. The ferry has to hit the tides just right sailing south to Wrangell. Sometimes, it appears the ferry is just barely wide enough to sail between the buoys. Petersburg is another airport that you can reach with as few as 5,000 Alaska Airlines miles if you plan 21 days in advance.

Every time I’ve been to Wrangell, it’s been to catch a jetboat up the Stikine River. You can fly there for as little as 5,000 Alaska Air miles. Jetboats run up the Stikine, as well as to nearby LeConte Glacier. Some offer a side trip to Petersburg as part of the tour.

Sitka is one of the most beautiful settings in Alaska. The Sitka National Historic Park is on the shores of Sitka Sound. It’s the site of a battle between Russian fur traders and the local Tlingit inhabitants. Nearby there is a “Totem Trail” along the beach with several poles by both Tlingit and Haida carvers. The park is located near the Alaska Raptor Center, a 17-acre campus where you can learn about the eagles, owls and hawks in the area.

Sitka visitors also can see whales. In fact, the community hosts a Whalefest in late October.

Although I’m staying in downtown Ketchikan today, I drove 8 miles out to Herring Cove near a salmon hatchery. There’s a large complex for cruise ship visitors run by Kawanti Adventures which features a zipline course, an extension of the Alaska Raptor Center in Sitka and an old sawmill on the site of Herring Bay Lumber Co. There are extensive boardwalks where guides are on the watch for bears and bald eagles. But from the road, you also can see the bears, if they happen to wander by the hatchery — which is often, especially at low tide.

It wasn’t until my sixth trip to Ketchikan that one of the locals told me about the Rainbird Trail. It’s about 1.5 miles along and offers incredible views of the busy waterfront while walking through a beautiful forest.

There are plenty of other attractions in all of these communities: adventures, trails, restaurants, activities and festivals. All that’s missing is you. Cash in some miles and visit some of your neighbors in Southeast Alaska!