Delta’s new $59 subscription gets you booze and early access to overhead bins, but is it worth it? 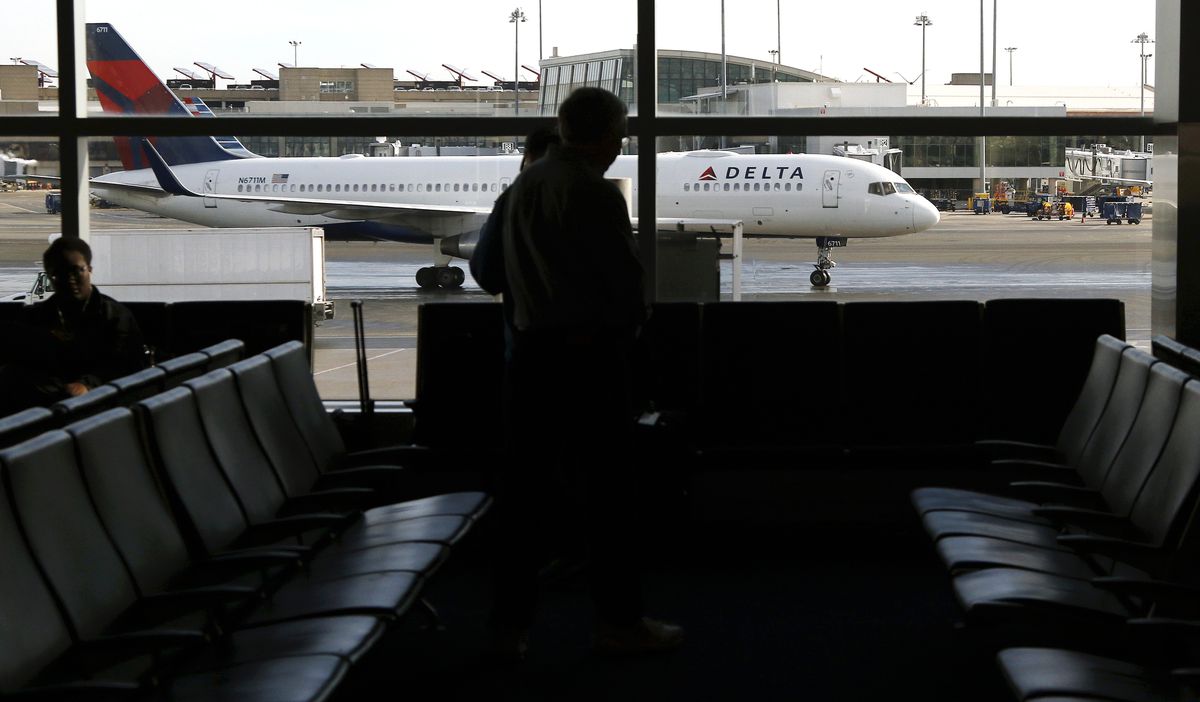 Air travelers who stress over finding a place to stow their carry-on bag have a new option: Pay an annual fee to board flights early - and hope it will be enough to avoid the critical mass of fellow travelers and their luggage.

Delta introduced a "new travel benefits bundle" called SkyMiles Select on Wednesday that costs $59 for a year. Its benefits - the subject of hot debate on frequent flier websites - include priority boarding, eight drink vouchers and "a limited-edition bag tag."

"Board sooner and find the perfect overhead bin space with Main Cabin 1 boarding," the airline says on its website. Despite that hook, the airline is not explicitly guaranteeing travelers will always find bin space free.

"Customers have told us they want more ways to access benefits when traveling with Delta, and we know priority boarding is a valuable benefit as it gives customers more time to get settled before their flight," Delta spokesman Anthony Black said in an email. "We'll look to expand the types of benefits they can access based on feedback from this test."

The boarding position is hardly elite: According to Delta's website, Main Cabin 1 boards fourth from last, after four other groups (not including military, travelers who need extra help, or those with car seats and strollers). One segment that could benefit: those who book the cheapest tickets, known as "basic economy," which boards last. If they buy the bundle, they get to board earlier.

"There is some value here," says Kyle Potter, editor-in-chief of the travel website Thrifty Traveler, who wrote about the new benefits. "Not a ton."

[Here’s what can get you banned by airlines, hotels and rental car companies]

Most beer, wine and spirits cost $9, so eight drink vouchers are worth more than the $59 fee. But, Potter points out, Delta credit card holders already board in the same group, and those with certain levels of frequent flier status board earlier. Those travelers aren't the target market for this offer, he said.

"They're going after kind of the Average Joes and Average Janes out there who fly twice, maybe three times a year," Potter says. "And this could give them a reason to keep going back to Delta for those two or three flights a year because they want to use those benefits."

Delta isn't the only airline to offer subscriptions; United sells them for its economy plus category and baggage, among other things. And other airlines sell early access to the plane: JetBlue's "Even More Space" seats come with early boarding, and on Southwest, travelers can pay $15 to $25 each way to nab a boarding position before most of the rest of the plane. Both airlines highlight access to overhead bins as a perk. Delta itself sells a priority boarding add-on for $15 each way.

On the forums for FlyerTalk, an online travel site, some fliers sounded intrigued by the offer. Others were not so impressed.

"I guess it's best of the rest," one user said about the boarding group. "But calling it priority is a stretch, even on a good day."

Another commenter worried about what the new subscription could mean for the future of bin struggles: “If this proves popular, we might start seeing some flights that run out of overhead space in the middle of Main Cabin 1 boarding!”