Stuck with an annoying airline seatmate? Here’s what you can do about it. 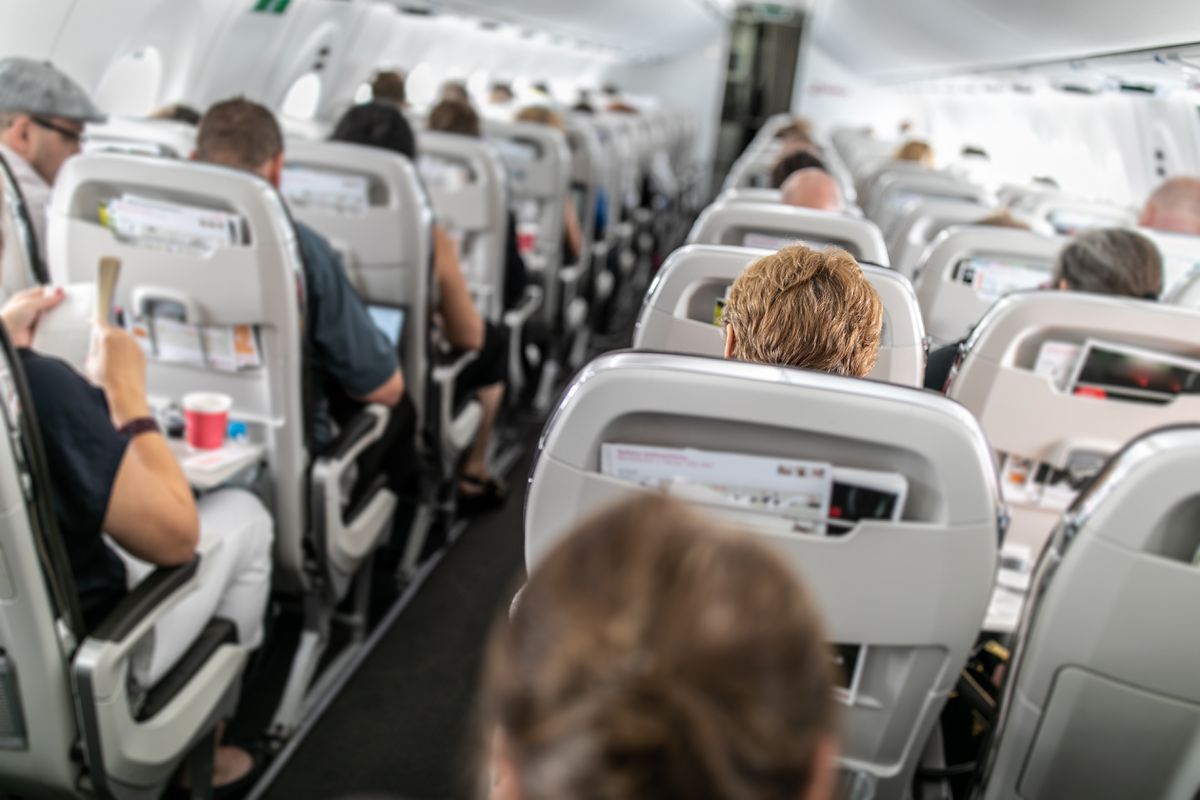 Airline passengers can be so annoying. How annoying? Just ask Retha Charette, a tour guide from Arlington, Vemont.

On a recent flight from Newark to Amsterdam, her seatmate opened her tray table, placed her infant on it and began to change the baby's diaper.

"It's the most disgusting thing I've ever seen on a plane," Charette says. "I didn't know what to do."

It's hard to find someone who doesn't have a story like hers to tell. Charette, who writes a blog called Roaming Nanny, says she tries to keep her cool when a seatmate does something irritating.

"I think the number one thing to remember when something weird starts happening is not to lose your temper," she says. "I firmly believe that when most people travel, they don't think about those around them. We're all worried about our comfort."

Jacquelyn Youst, a frequent traveler and president of the Pennsylvania Academy of Protocol, agrees that maintaining your composure is the golden rule when it comes to passengers seated behind you, in front of you, or next to you. Losing your cool is counterproductive, considering that you're trapped with them in a pressurized tube for the foreseeable future.

"Don't yell," she says. "This will only make the rest of your travel experience tense."

So what are the most aggravating things passengers do - and what can you do about them?The problems are as numerous and varied as the solutions. If there's a common thread, it is this: Stay above the fray. Otherwise, you could end up starring in a viral video - or worse.

I asked Marianne Perez de Fransius for her thoughts on babies in flight.

"A crying baby can be annoying," says Perez de Fransius, the CEO of Bébé Voyage, a site for parents who travel with young children. "But the absolute wrong reaction is berating the parent or caretaker for having a crying baby. Parents want their baby to stop crying more than the other passengers."

Instead, offer to help or try distracting the baby. "Maybe you have a cute video on your phone you could show the baby, or you have something entertaining like a colorful keychain," Perez de Fransius says.

Infants are hardly the only passengers who can grate on your nerves. Consider the situation Lisa Cortez found herself in on a recent flight from Los Angeles to Rome. Soon after the flight attendants served a snack, a passenger seated across the aisle calmly removed his shoes and began clipping his toenails. His seatmate, her face buried in a book, didn't react.

Cortez, a frequent air traveler who runs a tour company in Phoenix, waited in vain for the seatmate to react. "I grabbed my tablet computer from the side pocket of my seat and set it to a standing position as a barrier between flying toenails and my yummy midflight snack," she says.

Sometimes, that's all you can do - protect yourself from whatever a fellow passenger sends your way.

And then there are the seat-reclining passengers. Oh, those seat recliners! Kat Koppett, an actor and improv consultant from Albany, New York, had one on her last flight.

"It would have been easy to react mindlessly," she says. "I could have passively aggressively bumped her seat a lot."

Instead, she applied the principles of improv and used the moment as an opportunity to stretch her performance range, cycling through possible responses.

"I could tap her on the shoulder, politely explain that I had a deadline and ask her to move up," she says. "I could see if the flight attendant might help me. I could choose not to work and find out how that decision might lead to other options, like meditating or listening to music."

She could also vow never to fly on an airline with such a scarcity of legroom again. Or book a ticket on an air carrier that limits seat recline, such as Delta Air Lines.

In the end, she suffered in silence, as most of us do.

If you are going to address the problem, it's better to do so sooner rather than later. That's what Gregorio Palomino discovered when a passenger boarded late and took a middle seat next to him.

"He sat down next to me and pushed me and the other seatmate off [the armrests] after we had settled in," says Palomino, an event planner from San Antonio. "He looked at me and said, 'Are we going to have a problem here?' "

Palomino stood up, walked to the front of the cabin and asked if he could move to a different seat. Instead of reseating him, the attendant called the airport police, who ushered Palomino and the aggressive passenger off the plane. The airline gave Palomino a ticket on the next available flight. But it could have been much worse.

Imagine if Palomino had waited until the aircraft had reached cruising altitude.