From power banks to ‘Planekets’: Here are holiday gift ideas for the traveler in your life 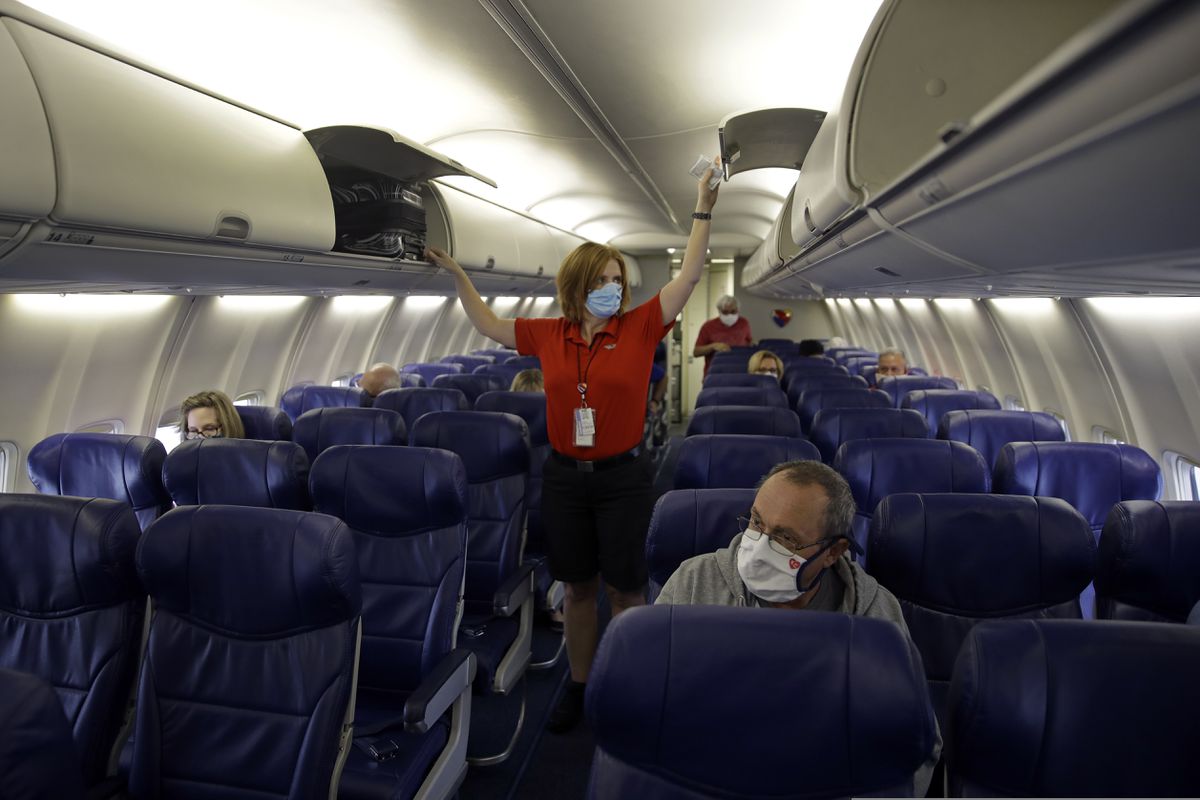 Do you have a traveler on your holiday gift list? Chances are they had their wings clipped this year. That’s especially true for international travelers. With the exception of a few countries, an American passport won’t get you very far in the world today. Heck, with very few exceptions, you can’t even drive into Canada.

But whether you’ve got your sights set on a trip around Alaska, to the Lower 48 or beyond, it helps to have the right gear.

Many of the items on my short list for holiday gifts are things that make a trip easier or more fun. Plus, many of them are small enough to slip into a stocking — or carry-on luggage.

Let there be light: When I walked into REI the other day to search for ideas, a sales associate, Mark, asked me about my headlamp. It’s a Zipka model by Petzl. “Oh, this is the third one I’ve had,” I told him. “It’s super-light and super-bright.”

Adventurers, mountain bikers and search-and-rescue teams often have super-bright headlamps. But they’re often bulky and a little heavy. That’s why I like the Zipka model, since it wraps snugly around my head or over a hat with just a sturdy string. The Zipka comes in handy in a dark hotel room or when the overhead light on the plane goes out. It’s $29.95 from Petzl. It uses three AAA batteries, which are included.

Power up: The first airplane flight I took since February was a day trip from Anchorage to King Salmon. We were flying on a new plane from Horizon Air, an E-175 regional jet. It’s a nice plane, but it didn’t have the USB charging station in the seatback like Alaska Air’s 737. The flight attendant offered me his own power stick to recharge my phone. “No thanks,” I said. Although I carry one or two hefty power cubes in my pack, I really like the tiny one that fits nicely in my pocket. It’s called a Clutch, and the company claims it’s the world’s thinnest charger. It weighs 2 ounces and gives me more than a full charge for my phone. It comes in both Lightning (for iOS) or USB-C (for Android) versions, for $39.99.

That’s the same price, by the way, that I paid for my hefty Mophie charger, which can charge two devices at once (there’s one port for a regular USB cable and another for USB-C).

Power adapter: If we ever get to travel to other countries again, chances are you’ll need a power adapter. Not all countries use the two-or three-pronged plugs we do. There are a couple of solutions.

First, there’s an all-in-one brick where you can select which plug combination you need for Europe or Australia. The Epicka travel adapter has four USB plugs, a USB-C plus and an AC socket for you to plug in several devices at once. It’s available at Amazon for $20.99.

Second, there’s the option I have: a power strip by Bestek with three AC outlets, as well as four USB ports. There are several different-sized plugs to accommodate different standards in the EU, in Australia and the UK. Even though it’s a little bulkier, I like it because I always have more than a couple of devices to charge: laptop, camera, phone, etc. It’s available at Amazon for $36.99.

Wake up: Although it can be cumbersome, we love to travel with our own coffee setup. Before leaving town, we grab a pound or two of ground coffee from Kaladi Brothers and throw it in the bag with our Aeropress coffee maker. With a couple of plastic tubes and a paper filter, you can make a delicious cup of coffee.

But now Aeropress has a to-go model that includes a coffee cup. It’s super compact and has all the elements of the full-size version. Learn about it online and buy it for $31.95 at REI.

Steady, there: I learned the hard way that I just can’t stand still. It’s especially evident when I’m taking pictures at night. Whether it’s trying to capture the northern lights or some fancy fireworks over Hong Kong’s harbor, handheld photos can be problematic.

There are many affordable tripods both for a phone or camera. With a phone, you have to get a tripod with a clamp. The Gorilla Pod models feature flexible legs that you can form to the surroundings for firm stance. You can upgrade to get magnetic grips to stick on metal surfaces or extra legs to hold lights and microphones, too. But the basic model is just $29.99.

I’ve got a couple of tripods: a big one for my video camera and a portable one for my point-and-shoot camera. It’s got a flexible ball joint on the top with a screw-mount that fits the bottom of my Sony RX-100 model camera. I’ve used it for the 60-second exposures while shooting the northern lights, as well as for steady shots in low-light conditions. Built by Manfrotto, you can order online or find it at Best Buy.

Turn it up: It’s easy to give your phone some big sound. The JBL Flip 5 is getting great reviews. It’s a wireless speaker about the size of two beer cans stuck end-to-end. It’s waterproof and will play your tunes for about 12 hours on one charge. I found one at the JBL site on sale for $89.95.

I’m a big fan of Bose products, and the company puts out a portable Bluetooth speaker called the Soundlink Micro. It’s smaller than the JBL speaker but it’s waterproof, too. It also doubles as a speakerphone. It’s wireless and packs a punch in a small package. The list price is $99.95.

If you’re traveling with family members and you want to keep in touch, sometimes cellphones won’t work. Maybe it’s the terrain, maybe it’s the coverage. For those times, consider handheld walkie-talkies, such as models from Motorola or Midland. I found the Motorola Talkabout T800. Read about them online and buy them for $109.99 at REI. Midland models are available for as little as $29.95.

In the travel comfort category, I’m a fan of the new product developed by Jin Chen here in Anchorage. It’s call the Planeket and it’s part plush blanket, part pillow with a couple of clever add-ons. It comes in four colors and sells for $32.95.

It’s easy to go big in the gift-giving department (new phone, luggage or computer). But why not save your money for your big adventure? Giving the gift of a handy travel accessory is enough to get your traveler thinking of big trips in the future — and maybe you’ll get to go along.

Correction: A previous version of this story incorrectly reported the price of the Planeket.