Holiday travel isn’t a good idea right now, but there’s light on the horizon for 2021 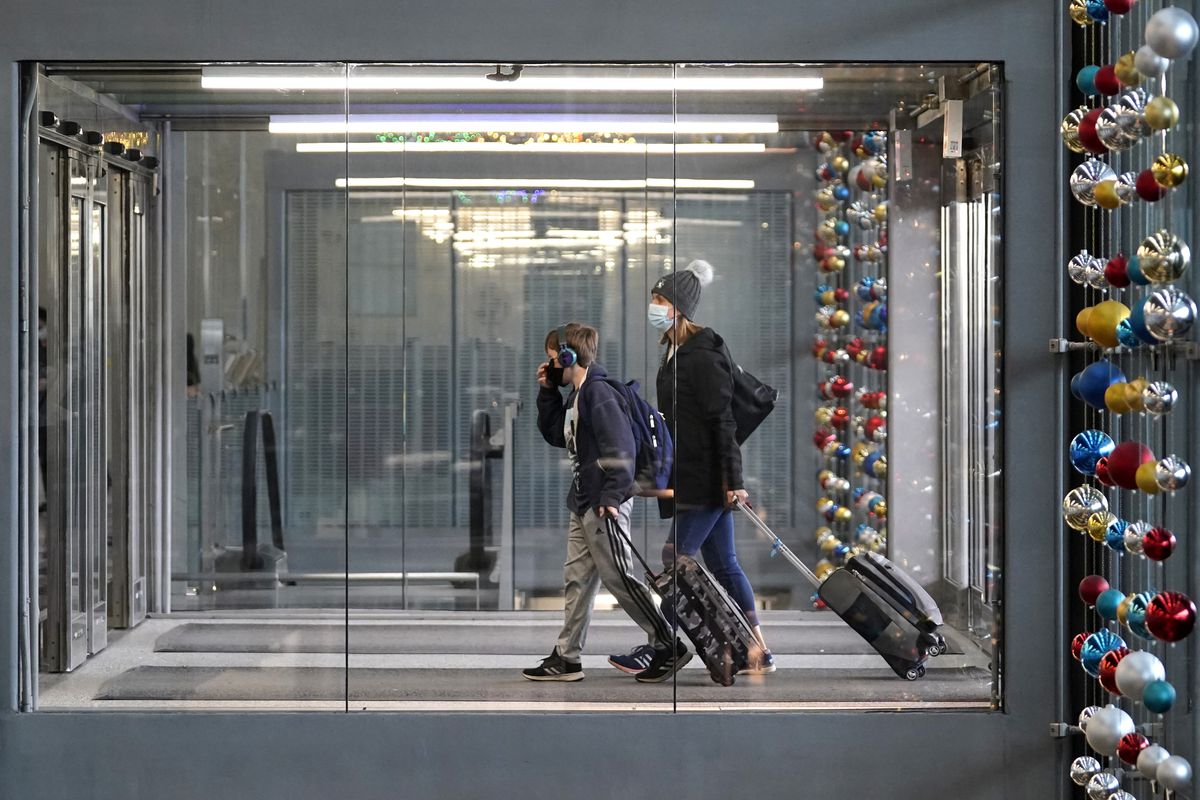 Last year at this time, we greeted new friends who run a tour company in the Yucatan Peninsula with a friendly “Feliz Navidad.” Then we piled into their van and headed off to the beach.

The year before that, we visited Frida Kahlo’s home in Mexico City — called “The Blue House” — filled with her eclectic art and artifacts. Later, we checked out the giant murals painted by her husband, Diego Rivera.

Christmas travel to Mexico seemed like the best holiday plan for us.

Not this year, though. Oh, I’ve got a pocket full of pesos burning a hole in my pocket. But like many Alaskans, we’re hunkered down. On the advice of public health officials, we’ve canceled trips and we’re avoiding indoor gatherings with those outside our household. We’re wearing masks and having Zoom calls with our family and loved ones. It’s the right thing to do as doses of a vaccine will soon be distributed to states.

But that doesn’t mean the world of travel is grinding to a halt. Companies are doing their best to forecast who will travel where in 2021.

For United Airlines, that means cutting international and domestic routes for the winter. Domestically, the airline is cutting quite a few transcontinental flights, including San Francisco-Boston and Newark-Seattle. On the West Coast, the carrier is cutting Los Angeles-Seattle flights. Internationally, flights from Chicago to Tel Aviv, from Washington to London and from Houston to Aruba all got the ax, among other routes.

The cuts are effective Jan. 5 and do not affect United’s flights between Anchorage and Denver. United is quick to point out that it plans to add the routes back in the spring. We’ll see.

Delta Airlines is doubling down on its cleaning and sanitizing regimen, as well as its commitment to keep middle seats empty through March 30.

Qantas, the iconic Australian airline, cut off international flights altogether several months ago. Late last month, the airline’s CEO, Alan Joyce, said that when the airline resumes flights, Qantas will require that all passengers prove they were vaccinated against COVID-19. In an interview with Australia’s Nine Network, Joyce said the move would be “a necessity” when vaccines are available.

Remember the 737 MAX? The planes have been grounded since March 2019. The FAA has since lifted the ban on the planes. GOL, Brazil’s largest airline, is the first carrier to offer revenue flights from its base in Sao Paulo.

Alaska Airlines is betting big on the 737 MAX and plans to start flying the planes next March. There currently are no scheduled flights to Alaska, but that could change.

Cruise companies continue to work with the CDC to come up with a workable protocol to resume sailings. In the meantime, Princess and Holland America Line have canceled all cruises that are longer than seven or eight days. Princess lists the ships and itineraries, which include all Alaska itineraries for the Coral Princess, the Crown Princess, the Grand Princess, the Royal Princess and the Ruby Princess.

Kirby Day with Princess Cruises in Juneau said there are still five ships dedicated to Alaska. “After the first of the year, we’ll have a much better sense of how the season will play out,” he said.

Alaska Airlines has been working for a while to join the oneworld airline alliance. To date, Alaska Airlines has cobbled together an interesting mix of other airlines to add value to its mileage plan and provide extra benefits to its frequent flyers. Partner airlines include Emirates, Condor, Icelandair, British Air, Cathay Pacific and American Airlines, among others.

When Alaska began cooperating with American Airlines, the writing was on the wall that Alaska would formally join oneworld (American is the alliance’s founding partner).

Beginning March 15, Qatar Airways, a oneworld partner, will start nonstop service to Seattle from its base in Doha, Qatar. The airline will use an A350-900 for the 14-hour flight. Alaska Air and Qatar Airways have inked a frequent flyer deal for reciprocal mileage earning and burning.

Further, top-tier Alaska flyers will be able to parlay their MVP, MVP Gold and MVP Gold 75K status into worldwide status on all oneworld partners as Ruby, Sapphire or Emerald elite travelers.

Additionally, Alaska is simplifying the qualifications for elite-level status. Right now, if you fly 20,000 miles on Alaska Air within a single year, you’ll be an MVP traveler. But if you fly on partner airlines, you’d have to fly 25,000 miles. That partner miles penalty now is gone for all partner airlines, whether or not they’re in the oneworld alliance. That’s good news for travelers on Condor Airlines between Anchorage and Frankfurt.

There are no big travel plans for us this Christmas. Watching the COVID-19 numbers rise precipitously, we’re paying close attention to to public health officials who urge us to stay safe at home. But as the vaccine is distributed, there’s light on the horizon for next year. And we’ve got big travel plans.