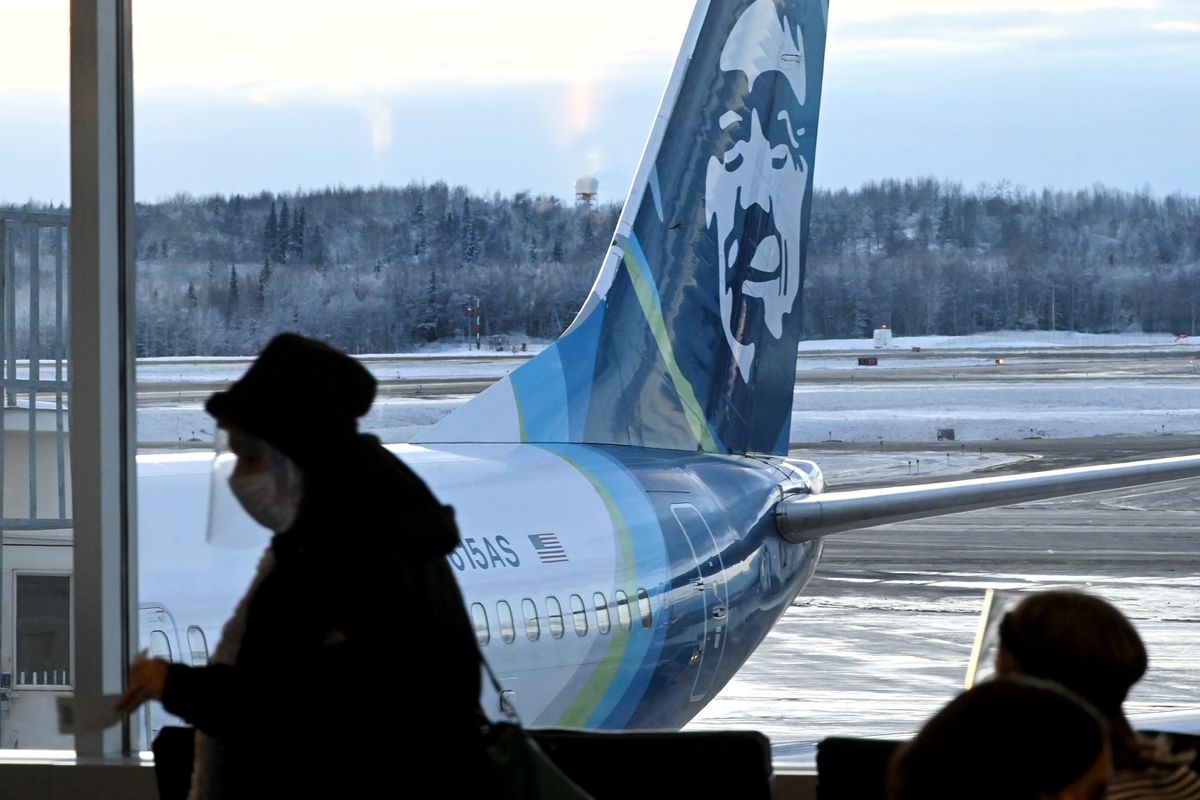 When is the last time you purchased a ticket from Anchorage to Seattle for less than $50?

Hmm. I had to think before settling on “never.”

But that’s what happens when two airlines are locked in a fare war. This particular war is nothing new — it’s been going on for almost seven years, since Delta Air Lines announced Seattle as a new hub city.

This weekend, though, it seems like the pitched battle between Alaska Airlines and Delta is especially fierce.

The best bargains are in March, but there are some good prices all the way through to May 26.

Alaska Airlines is offering a 30% off sale for Valentine’s Day. Just use the coupon code BOOKING4LOVE when shopping at Alaska’s website.

Thirty percent off is a nice stand-alone discount. But combine it with fare-war prices like Anchorage-Seattle for $62 and you’re flying for next to nothing. To be exact, the charge for a “Saver” ticket on Alaska Airlines between Anchorage and Seattle is $49.81 one-way. Fly between March 8 and March 31.

The 30% off sale ends on Sunday evening. Before the promotion came out on Friday, Delta and Alaska were cutting prices from coast to coast. After Delta slashed fares up and down the West Coast, Alaska reduced fares to Delta’s hubs: Atlanta, Detroit, Minneapolis and Salt Lake City.

Since Alaska Air cut the rates to Delta’s hub cities to $114 one-way, travelers can apply the 30% off code to get a rate of $89 one-way to those four cities. Again, the best rates are available for travel March 8-31. You can apply the discount for travel in April and up to May 26, but the rates are more. From Anchorage to Atlanta in April, it’s $176 each way.

Flying from Anchorage to Phoenix, taking advantage of both the low fare and the 30% off coupon yields a $78 one-way fare in March. To Las Vegas, the rate is $76 one-way.

All of my favorite destinations in Washington, Oregon and California are on sale, plus Denver, Chicago, Austin and Orlando.

If you want to go to New York City in May, the price is $94 one-way on Alaska Air. Fly May 6-26 only. In this case, Alaska’s fare is low because it’s competing with American Air’s lowball fares, currently $118 one-way.

Since Delta started its fare war on Feb. 1, rates have been going up and down overnight. I’ve checked and double-checked the rates up to Friday evening at 7:30 p.m. But the rates change all the time. Still, the 30% off sale on Alaska is valid through Sunday evening and Delta’s fare war prices are set to expire on Tuesday.

Travel is stressful right now. So most airlines, including Alaska and Delta, are waiving change and cancel fees for tickets purchased through March 30. That doesn’t mean you’ll get a refund. You’ll only get a refund if you cancel your ticket within the federally mandated 24-hour grace period. But if you buy a ticket today and decide to cancel it next week, you can. You’ll get an airline credit that you can use within one year.

Delta has extended its no-middle-seat policy on all flight through April 30. Actually on smaller planes where there are no middle seats, the airline limits capacity and blocks off select seats.

Alaska Airlines does not block its middle seats — unless you’re flying in premium class. That’s the four rows behind first class with extra legroom. The empty middle seats in premium last through May 26.

Delta’s card partner, American Express, is offering a $200 credit and 40,000 SkyMiles. Also, Delta is waiving the first year’s fee. Afterwards, it’s $99 per year. There’s a $2,000 minimum spend required to get the bonus miles.

Even though you can travel — should you? Well, that depends on where you’re going, what you’re doing and how well everybody behaves. There are some great fares from Anchorage to Cancun right now, from $175 each way on Alaska Air (in March). But I wouldn’t recommend going at the peak of spring break. Those famous all-night beach parties sound too much like super-spreader events to me. The COVID numbers in Mexico are high enough without vacationing Americans adding pressure on the local health care infrastructure. San Francisco writer Stuart Schuffman chastises Mexico-bound travel, calling it “vacation colonialism.”

A year of playing the COVID-19 travel game is a lot like Chutes and Ladders. Just as vaccinations are on the rise, it seems like new variants of the virus are putting the brakes on travel to Europe, for example. Alaskans who depend on summertime tourist traffic are pinning their hopes on dependable air travel, since the big cruise ships aren’t coming.

Between universal masking on planes, testing and vaccinations, some travelers are cautiously making plans to spread their wings. Mandatory testing and quarantine still is in effect for some destinations. The COVID-19 virus is not finished, which is one reason why Canada is being very strident about keeping the borders shut (whether by land, sea or air) .  Big groups are out. Wide open spaces are in.  Low prices definitely help. I don’t think these cheap fares are here to stay — but it’s so nice for them to visit every now and then.