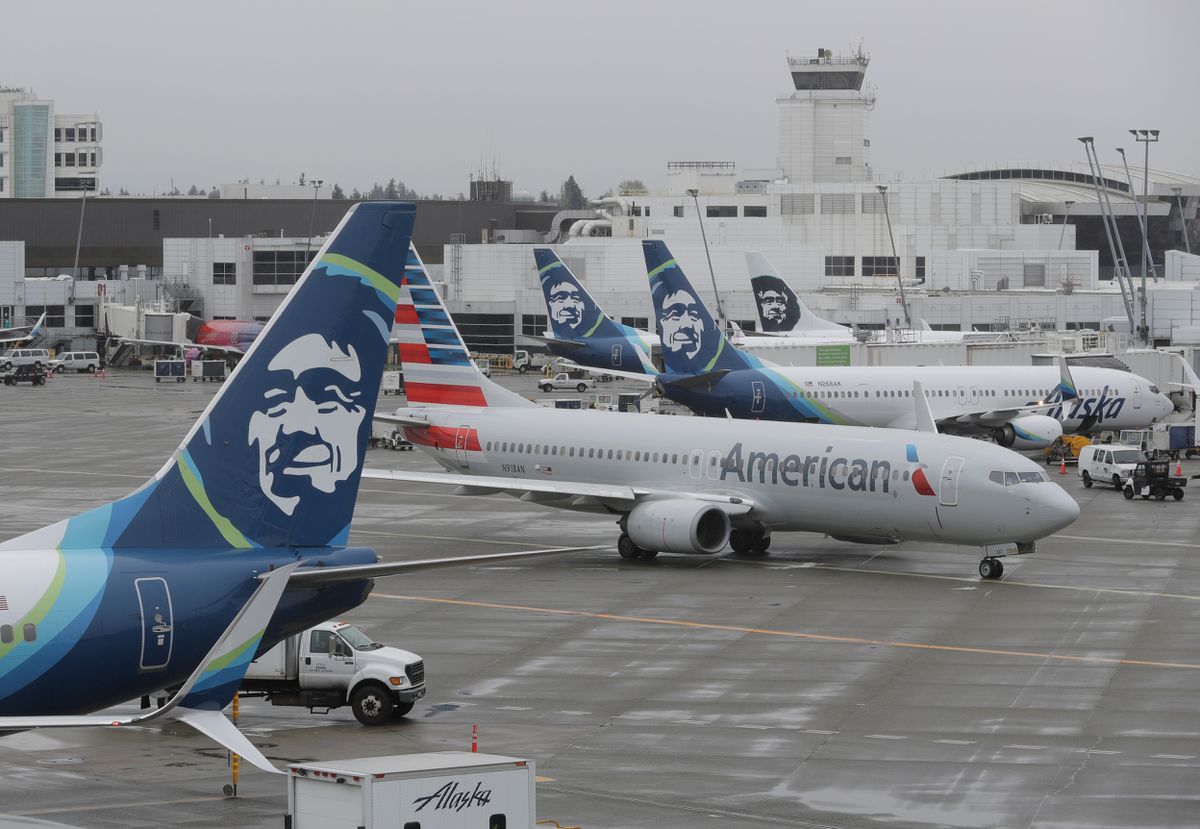 What does Alaska Airlines’ new affiliation with the oneworld alliance mean for travelers? Well, the answer depends on a couple of factors. Are you an elite-level traveler with Alaska Airlines (MVP Gold or MVP Gold 75K)? Then there are some good perks for you on American Airlines. Do you like to fly internationally in First Class or Business Class? Then you’re set to accrue a boatload of frequent flyer miles, plus access to some pretty fancy lounges around the world.

Before digging in to oneworld’s bundle of benefits, let’s not forget that airlines still are battling each other to sell some seats. The fare war that was supposed to end last Sunday, April 4, really never went away. Oh, some of the rates bounced up a little on Monday and Tuesday. But on Wednesday, tickets from Anchorage or Fairbanks down to Seattle dropped to $75 one-way.

Both Alaska and Delta are offering the Seattle fares through June 30. But good luck finding a northbound seat for $75 one-way after May 19. Many destinations in the Lower 48 are available for less than $100 one-way including: Boise ($92), Eugene ($92), Redmond/Bend ($92), Tucson ($92), Palm Springs ($92) and Los Angeles $83-$92), At this moment, Delta has the lowest fares, but usually (not always) Alaska Air will match the rate. Prices and availability change all the time. I use Google’s ITA Matrix website to get a good side-by-side comparison on fares. Google Flights is another good site, including the map feature. If you’re planning on traveling anywhere in the Lower 48 in May, you should check the prices right now.

American Airlines is the founding airline of the oneworld alliance. There are two other big alliances, including Delta’s “Skyteam” and United’s “Star Alliance.” The alliances all have similar features: travelers can earn and burn miles on any of the member airlines. If you have elite status on one airline, it transfers any of the member carriers.

Alaska Airlines had resisted joining one of the Big Three alliances until now. But as Alaska Air grew, the competitive landscape changed. The airline needed to hook up with a bigger group.

With the addition of oneworld’s 13 other airlines, Alaska Air now offers a mileage plan partnership with a total of 23 airlines. Many of oneworld’s airlines including American, Qatar Air, Japan Air, Qantas and Cathay Pacific already had stand-alone bilateral agreements with Alaska.

Here are some of the key oneworld features:

1. Elite Status. Alaska Air is one of the easiest airlines on which to earn elite status (MVP). Mileage still is accrued by flight distance, not dollars spent. If you’re starting from zero, you can get to “MVP” with the equivalent of two trips from Anchorage to New York. The price is right, too: $215 roundtrip for travel in May. Alaska also has a “fast track” program, offering a 50 percent “elite qualifying miles” bonus through June 30. Each roundtrip to New York equals 7,700 miles. With the 50 percent boost, it’s 11,550 miles. You need 20,000 miles to fly as an MVP. You need 40,000 miles to fly as an MVP Gold.

Once you’re an MVP, you automatically get “Ruby” status at oneworld. Every MVP Gold becomes a “Sapphire” at oneworld. That’s where you gain access to Business Class lounges, as well as priority check-in desks. You can also check more bags for free.

Upgrades are not included as part of the oneworld program. But Alaska’s separate agreement with American means you can get on the upgrade list for domestic flights. Also, Sapphire or Emerald (MVP Gold 75K ) level elites can choose better seats on American when making reservations.

2. Earning miles. Alaska Air has stood apart from other airlines (Delta, United, American and others) who now award frequent flyer miles based on how much you spend. Further, other airlines require a minimum amount of dollars to be spent each year to requalify as an elite traveler.

Since Alaska still operates on a “miles flown” formula without a minimum spend, they had to negotiate with the partner airlines (including oneworld). Accordingly, if you’re flying on a cheap ticket, you’ll only earn 25-50 percent of the actual miles flown. If you buy an expensive business or first class ticket, you’ll earn extra miles on top of the miles flown.

One welcome change going forward is Alaska no longer has a higher threshold for elite status for partner airlines. It used to be that you had to fly 50,000 partner miles to acheive MVP Gold. Now it’s just 40,000, the same level as if you flew all your miles on Alaska Air.

3. Burning miles. It’s important to burn your miles — not just earn them. That’s because frequent flyer miles depreciate quickly. So you need to use them.

Several of the oneworld carriers are not yet available for redemption. That’s not uncommon for new Alaska Air partner airlines. But carriers who already were partners, such as British Airways, Emirates and American Air are available on Alaska’s website. To book award travel on Cathay Pacific or LATAM, though, you have to call Alaska Air’s reservation desk. It’s not available to book onlline.

Of course, most international travel is off the table anyway, due to COVID-19 restrictions. Accordingly, the Alaska Air partner that matters most right now is American Air.

In addition to burning Alaska Air miles on American, you also can earn them on the Boeing 787s that they’ll be flying to and from both Chicago and Dallas this summer. But remember, for the cheapest tickets, you’ll only earn 25 percent of miles flown.

Back when Alaska Air and oneworld decided to tie the knot, American Air was planning new international service from Seattle and needed the extra feed to fill the planes. Things are different now because of the pandemic. As more travelers get vaccinated around the world, international travel will once again become more accessible. Whether it’s to Europe, Australia or Japan, Alaska and its new crop of oneworld partners want you to fly with them.