At the intersection of math and art, Alaskan takes a new route 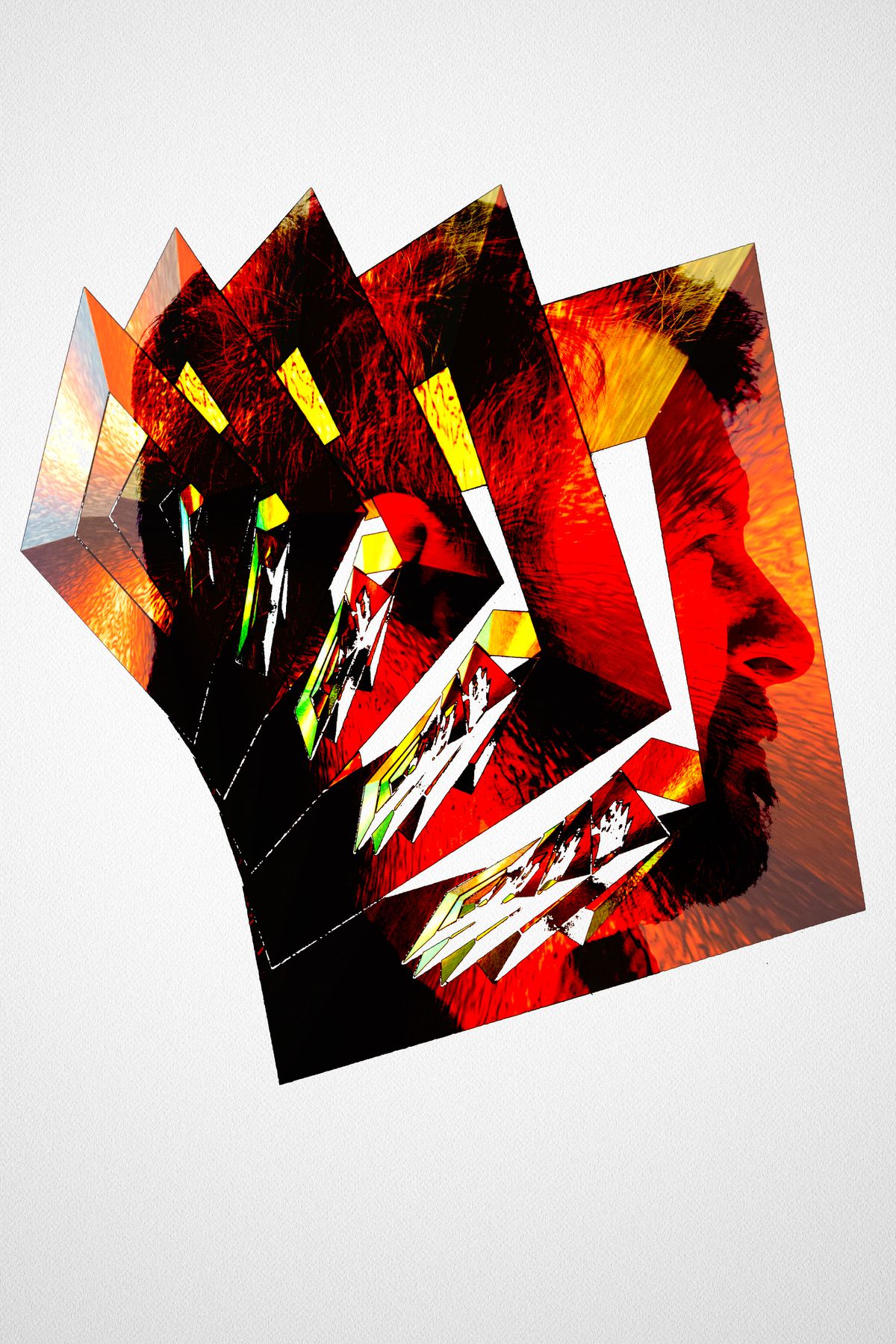 My good friend Bill Lee's work history includes a long stint in the U.S. Army, time in the pharmaceutical industry, experience mapping seabeds from Alaska to Saudi Arabia and extensive research on groundwater flow. But his conversation is far more telling than his professional background. For example, he sometimes comments casually and at length on the structure of complex molecules. He fills long drives across Alaska with discussions of the history of science. On more than one occasion, he has been known to reference Zubov's ice-growth equation, used to model changes in sea ice. After mentioning an obscure technical matter, he might add something like, "This is nothing new — it's been known since 1995." Then, without necessarily pausing for breath, he moves on to artificial intelligence, the Turing Test and Descartes.

So last year when Lee told me that he was dipping into the world of art, I thought he might be joking. But it was no joke. His art, he explained, came from mathematics. More specifically, it came from the equations behind that magical family of complex geometric shapes called fractals, shapes that are sometimes described as "infinitely detailed." Imagine looking at a painting through a magnifying glass, and instead of brushstrokes a new painting appears. It is similar but not identical to the full-scale work. Look again, but this time through a microscope, and another painting appears. Increase the magnification a thousand times, a million times, a billion times, and the magnified image remains complicated and detailed.

In the real world, printed fractals can only be magnified so much before they become nothing more than blurred pixels on a screen, looking something like a digital photograph enlarged beyond its limits. But mathematically, the complexity and the details go on forever. In a powerful computer, running the mathematics further and further as the viewer zooms in, the layers of detailed patterns would never end.

And, more than that, the equations behind fractals are — and Bill Lee himself might use these words — "sensitive to initial conditions."

"My intent with this work," Lee told me, "is to create art strictly by computational means. Everything starts and ends with the math. There is no drawing, painting or sculpture."

The artist starts not with a blank canvas, but with equations. From there he moves to a computer. The work requires keystrokes rather than brushstrokes. As Lee puts it, "The proximate act of creation is the execution of the equations."

But is it art? At times, Lee himself, who never studied art, ponders this question. And he worries how his work — the work of an outsider, an intruder — might be perceived by those with formal training in the arts.

I asked Miho Aoki, who teaches digital art at the University of Alaska Fairbanks, to comment. She pointed to the long and still-developing history of mathematics in art, a history that reaches into the past beyond the time of Leonardo da Vinci.

"The development of computer graphics and other digital technologies brought art and mathematics closer together in the second half of the 20th century," she said. "And today techniques that were once only available to large institutions, have become accessible to individual artists. We are living in a very exciting time, seeing the rapid development of technology. And art now, as always, reflects what's going on in the society."

Then I asked Mareca Guthrie, curator of fine arts at the Museum of the North, for her opinion on art from equations, on fractals as art. She brought up Jackson Pollock. Pollock's famous drip paintings hang in the National Gallery, the Tate and other esteemed locations.

"Pollock's drip paintings," Guthrie said, "have been shown to have a fractal component." She describes the definition of art as "notoriously complex and fluid," a definition that changes with time and culture and context.

"My own definition of art tends to be broad and inclusive," she said, "but just because something can be justified as art doesn't make it particularly good or interesting." When she thinks about a particular work of art, when she assesses an artist's work, she wants to know what it does, how it affects both the viewer and the creator. Beauty in art, as in all things, lives in the eyes and the minds of beholders.

Lee is far from the first to recognize the visual appeal of mathematically generated fractals and to turn them into art. Artistic mathematicians and mathematical artists have used computers to generate fractal images since at least the 1980s. But one thing that sets Lee's work apart from that of some of his predecessors is his use of three-dimensional fractals. While most fractals are depicted in two dimensions — height and width — his are depicted in three dimensions, an approach that relies on methods developed in the late 1990s.

All of which means that neither the work nor the fun ends with the creation of a Bill Lee fractal. After running his equations, he has a fractal projected as a three-dimensional image on his computer screen. He can spend hours or days looking at a single fractal from different perspectives, turning it to the right, to the left, upward and downward. Along the way, he can change the color of his images and he can adjust the apparent source of lighting. Ultimately, he has to decide which, if any, perspective and color and lighting combination meets his own definition of art, his own sense of what is good or interesting. He has to decide what to keep and what to throw away.

"Some are good, many are not," he said. "But my perspective on those can and has in some cases changed." On the other hand, tens of thousands of images that did not appeal to his taste, that did not satisfy his sense of aesthetics, were unceremoniously tossed, deleted with the stroke of a key.

He names the images he keeps.  If an image looks like something in real life — if, for example, it resembles a pineapple — he might name it accordingly.

His best images, the ones he is willing to share with the public, are printed on aluminum. On the back of each, a placard offers a short explanation of the work, including the equations used.

Like all artists, he hopes his work will attract viewers, but beyond that, he hopes his work will draw viewers into the world of mathematics and, by extension, into the world of science. For example, one of the equations behind his art is used to study the movement of subatomic particles in facilities like the Large Hadron Collider that straddles the border of Switzerland and France near Geneva. Viewers compelled by an image built from that equation might be drawn toward collider science and might, for example, visit the collider's website or read articles about the bizarre world of collider science.

At this stage in his life, Lee is, to the core, Alaskan. This alone makes his work Alaska art. But it is not typical Alaska art. There is nothing inherent in it that screams out Alaska. It could have come from a computer in Nebraska or New York or Alabama.

All that may soon change. Lee is reluctant to talk too much about future plans, but there is room to link his art to his home state.

He says he might one day model a river plume. In the computer he would create a river based on a real river someplace in Alaska. Then he would apply equations to that computer-generated Alaska scene, running the equations again and again, but with minute differences in each run. Eventually, his equations might offer an image he likes, and he might rotate it on his screen, looking at it from different angles and with different lighting, just as he has done with his fractals. He might see something worth printing on aluminum. If all goes well with the help of his mathematical muse, he would produce an image that is not only unique, but uniquely Alaskan.