One Arctic field guide to rule them all 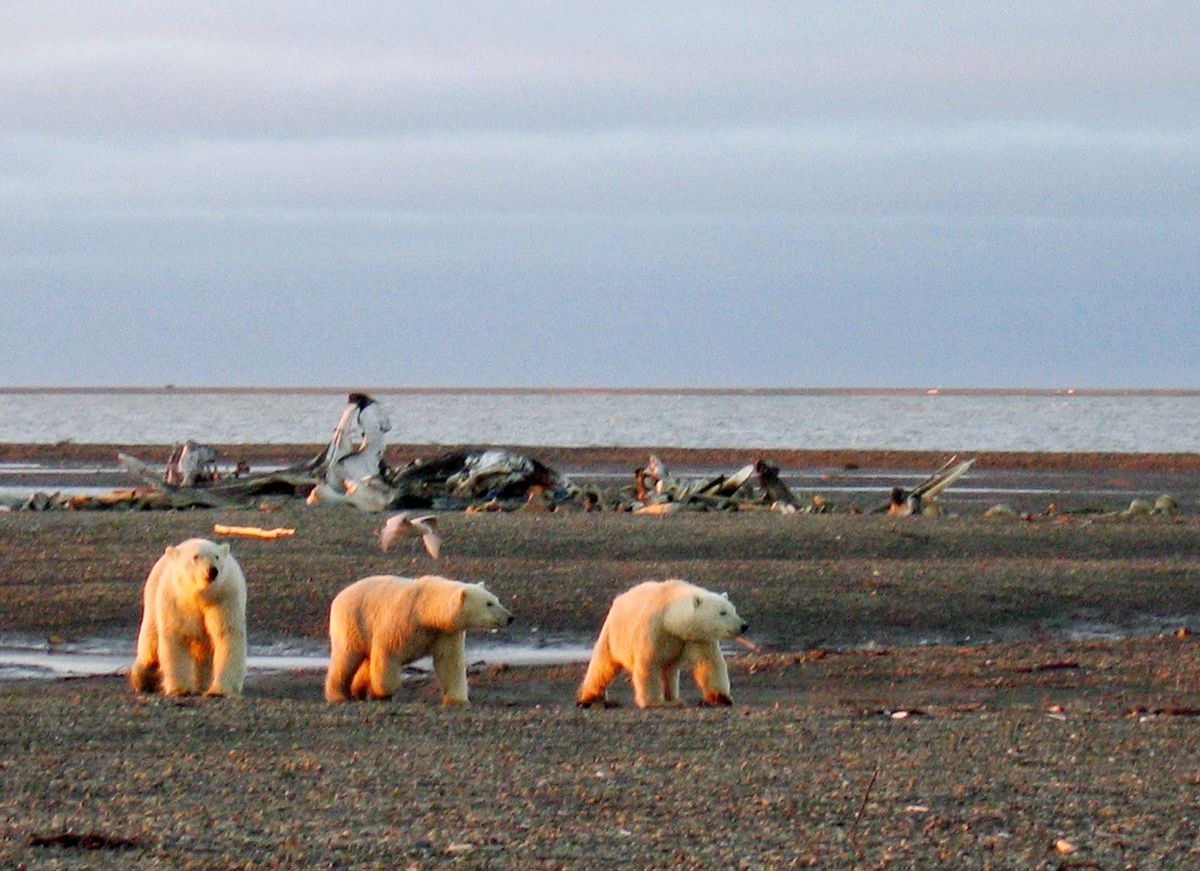 The Arctic Guide: Wildlife of the Far North

As someone who just finished four years of researching and writing an encyclopedic book on an Arctic animal species, I understand and appreciate the colossal effort, the passion that has gone into this compendium.

Earning part of my living as a wilderness guide in Arctic Alaska, I have always wanted a comprehensive, one-volume natural history guide that I can carry out there, especially for backpacking trips. While E. C. Pielou's "A Naturalist's Guide to the Arctic," Alex Huryn and John Hobbie's "Land of Extremes," and Richard Sale's "A Complete Guide to Arctic Wildlife" are helpful (though Sale is way too bulky and not at all complete, depending on your definition of "wildlife"), they don't rival Sharon Chester's "The Arctic Guide: Wildlife of the Far North" in execution or scope.

This handy tome not only covers this vast region's fauna, but also touches upon climate, flora, atmospheric phenomena, landforms and oceanography. Its geographic reach spans from Alaska to the Central Canadian Arctic, Greenland, Svalbard, Siberia and Chukotka.

The illustrations are simply sublime. In addition to the expected birds, whales and wolves, they feature different seasonal phases and subspecies of reindeer and caribou, and even sled-dog breeds. Lichens, mushrooms and butterflies crowd onto these pages. Among scores of Old World species less familiar to Alaskans are the oriental cuckoo, the North Atlantic butterfish, and the Steller's sea eagle, whose pirate-hook bill puts bald eagles to shame. Chester includes derivations of common and scientific names. Who knew that "wheatear" is a corruption of "white arse," that bird's 16th-century name, which just as aptly describes the looks of Alaskans wintering on Hawaii's beaches?

Such interspersed cultural tidbits — plus images of a scrimshawed sperm whale tooth, a red squirrel from a 17th-century Icelandic manuscript, etc. — are nice bonus material.

From Antarctica to Arctic

Chester has worked for many years as an illustrator and photographer — and as a lecturer on natural history cruises. She has written field guides to the wildlife of Chile and Antarctica and, with her family, migrates seasonally between homes in the San Francisco Bay area and rural Illinois.

Some of her latest guidebook's abundant color plates depict context, such as a thumb-tip in comparison to a shrew, or Arctic poppies pollinated by bumblebees. In a blog interview, Chester explained the process by which she creates her illustrations. After selecting two or three slides of each of the book's 900-some species, she scanned them into Adobe Photoshop before drawing a composite of each on a touch-screen monitor.

She then grouped closely related species as full-page plates or spreads, which she often enriched with hands-on details from her expedition notebooks. The technique renders animals lifelike while offering glimpses into their lives.

Unlike maps, which abstract topographies, field guides render a landscape concrete. Naming in the Linnaean tradition creates order in a chaotic universe. It also inspires care for minutiae: It is much easier to pull out a "weed" than to eradicate "witch's hair," less troubling to step on a "bug" than to squash the larva of "Ross's tussock moth." Naming and identifying species can be a gateway drug to ecology, the desire to untangle the web of nature's relationships. It might even entice you to spend more time outside.

Mixing the familiar and unfamiliar, field guides open the world to our naked senses. With their focus on organisms rather than molecules, they are the layperson's antidote to genetics and microbiology, the domains of specialists in labs. This particular field guide is a potent reminder that, regardless of national borders, the Arctic is interconnected — one distinct, global ecosystem: Labrador and Chukotka resemble each other more closely than do Alaska and Arizona.

Frequently moving, I sometimes consider downscaling my reference library. This pocket-size book will stay on my shelf for sure. You'll not find a more succinct natural history primer for the world's northern latitudes, a nifty paperback costing less than a large pizza, and with a sewn binding that keeps the spine from cracking.

As a longtime Arctic guide, I recommend Chester's wholeheartedly, even though it weighs more than my tent. Browse it and daydream or stuff it into your river drybag or backpack if you head north this summer.

Michael Engelhard is the author of the essay collection, "American Wild: Explorations from the Grand Canyon to the Arctic Ocean," and of "Ice Bear: The Cultural History of an Arctic Icon." He currently lives in Fairbanks.