Not just an adventure story, 'Never Quit' a testament to spirit, resilience 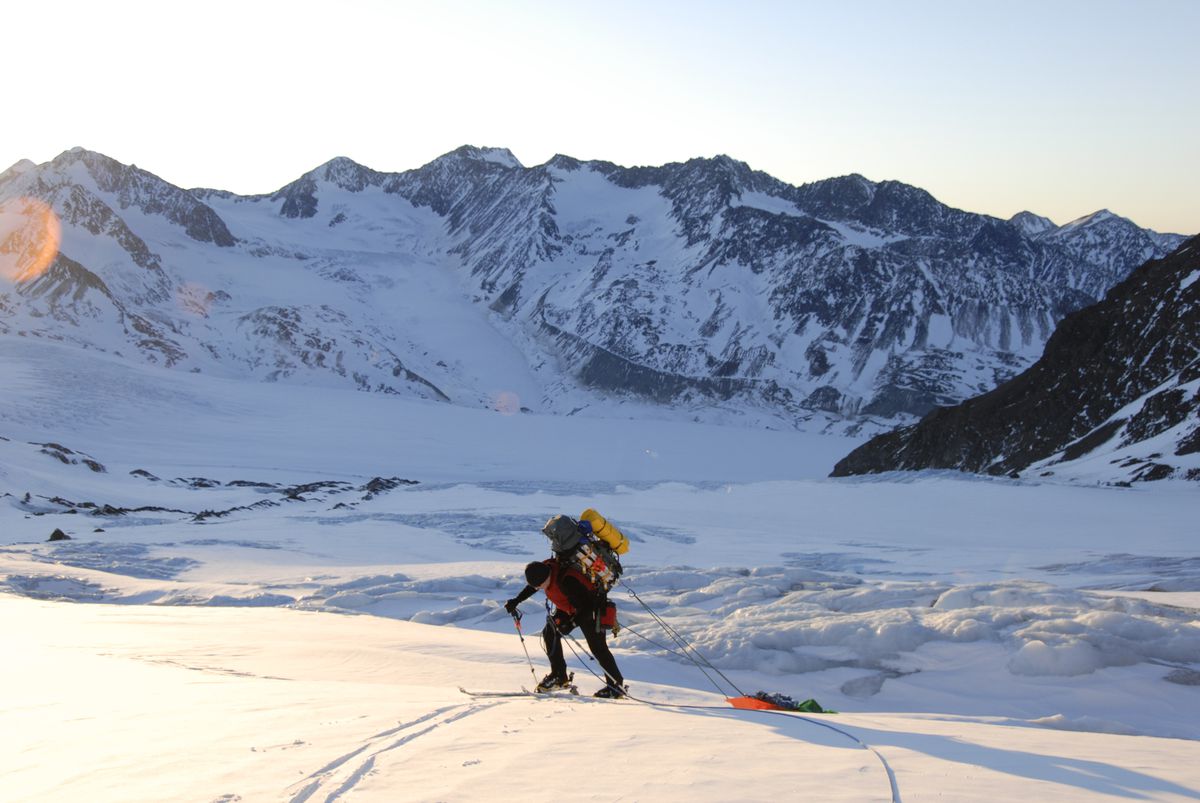 Traversing across snowfields and crevasses on Alaska’s White Elk Glacier while training for technical alpine rescue. (Courtesy of Chris Robertson)

Traversing across snowfields and crevasses on Alaska’s White Elk Glacier while training for technical alpine rescue. (Courtesy of Chris Robertson)

In Alaska, we know about Coast Guard rescue swimmers, who drop down to the decks of pitching boats, or into wild seas themselves, to save fishermen. We know that the Army has its Green Berets and the Navy its SEALs, but how many of us know about PJs? Pararescuers (or para jumpers) belong to the Air Force, and the 212th Rescue Squadron, at Alaska's Joint Base Elmendorf-Richardson, is home to some of the most highly trained — and busiest — rescue personnel in the world. If we're lost in the mountains or have fallen into a glacier's crevasse, these men will show up and haul us out.

"Never Quit" is the story of one of these men, Jimmy Settle, who grew up in Anchorage and eventually earned a Purple Heart for heroics in the Afghanistan war. Settle, a gifted storyteller, takes us into the world of intense PJ training. Along the way he also shares his personal history involving a family tragedy and his own physical setbacks. His story culminates in a firefight in the mountains of Afghanistan, when he received the head injury that ended his career.

This is not a war story, particularly, although the latter part of it delivers that experience in painful, visceral detail. It's much more a story of "the pipeline" — the extreme training required to reach PJ status. These men (a few women have entered the training but none has passed yet) must be in top physical shape, mentally tough, capable of making sound decisions in panic-inducing situations, and skilled in techniques from underwater swimming to parachuting to glacier climbing. They also operate as medics, requiring the knowledge and composure to deal with life-threatening injuries under extreme conditions.

Settle's inside look at the world and the brotherhood he embraced is full of joy. On first hearing about PJs, his reaction was that it "sounded like the coolest job description I'd ever heard in my entire life, something along the lines of 'We jump out of planes and helicopters to save people.' " From a guy working in a shoe store, after being a high school athlete and leaving the U.S. Naval Academy when a heart condition put him on restricted status, he set himself on course to be one of the very few to rise to the PJ top. Most wash out along the way, but Settle "never quit."

He didn't quit even when he took a bullet to his head in Afghanistan. He kept working during a brutal assault, saving lives.

The pleasure in this book comes from being in Settle's generous company, sharing in his attitude. A self-described prankster, he obviously has a great sense of humor and a way with words. And a love of life with all its challenges.

After a winter training run with a 70-pound pack up snow-covered Arctic Valley Road (and having to do sets of 50 pushups in full gear along the way), Settle tells us, "I looked around, soaked in the beauty of my surroundings, the feeling of building camaraderie among these really cool guys struggling with me, and in that moment it came to me: I love this s—."

Later, during survival training in Washington state, his team was left in the woods for days. "I felt like I was back in Alaska, camping. The only thing we didn't have was a real tent, or much food. … We turned to eating worms and ants. I still like ants. They have a nice, surprising citrus taste when they pop, but make sure they don't bite you in the face."

In dive school in Florida, Settle's favorite part was swimming at night among the bioluminescent plankton. "Sometimes, when I was bored while swimming along, I would wave my hand in front of my face to see this color eruption. The closest comparison I can make would be to swimming through the aurora borealis in Alaska, if that were possible."

And, "Jumping out of a hovering helicopter and splashing down into warm ocean is as good as it gets. I occasionally worried about jumping right down into the mouth of a shark, but by this point we had so much gear on that a shark would have to really work to eat me."

Besides the physical training, there were also academics to be mastered. "I felt small behind the tall stack of slaughtered trees sitting in front of me. These were thick books, the kind you could cut the middle out of and hide a small child inside."

It's unclear from "Never Quit," in which the chapters jump chronologically, how much time elapsed between Settle becoming a PJ (after years of training) and his deployment to Afghanistan. In his first year back in Alaska, he says he spent "countless hours" doing search and rescues, made a save off Denali, and was recognized as Airman of the Year. He details only one of his Alaska missions, in which he and others risked their lives for someone who turned out to have a very minor injury. Soon after that, apparently, he was in the mountains of Afghanistan, being shot at.

"Never Quit," through its partnership between pararescuer Settle and Alaska author Don Rearden, delivers a remarkably life-affirming look into the training and work of those who give so much to assure our safety. More than an adventure story, it's a testament to ambition, persistence, spirit and resilience. It should be widely read.

Nancy Lord is a Homer-based writer and former Alaska writer laureate. Her books include "Fishcamp," "Beluga Days" and "Early Warming." Her new novel "pH" is due in September.