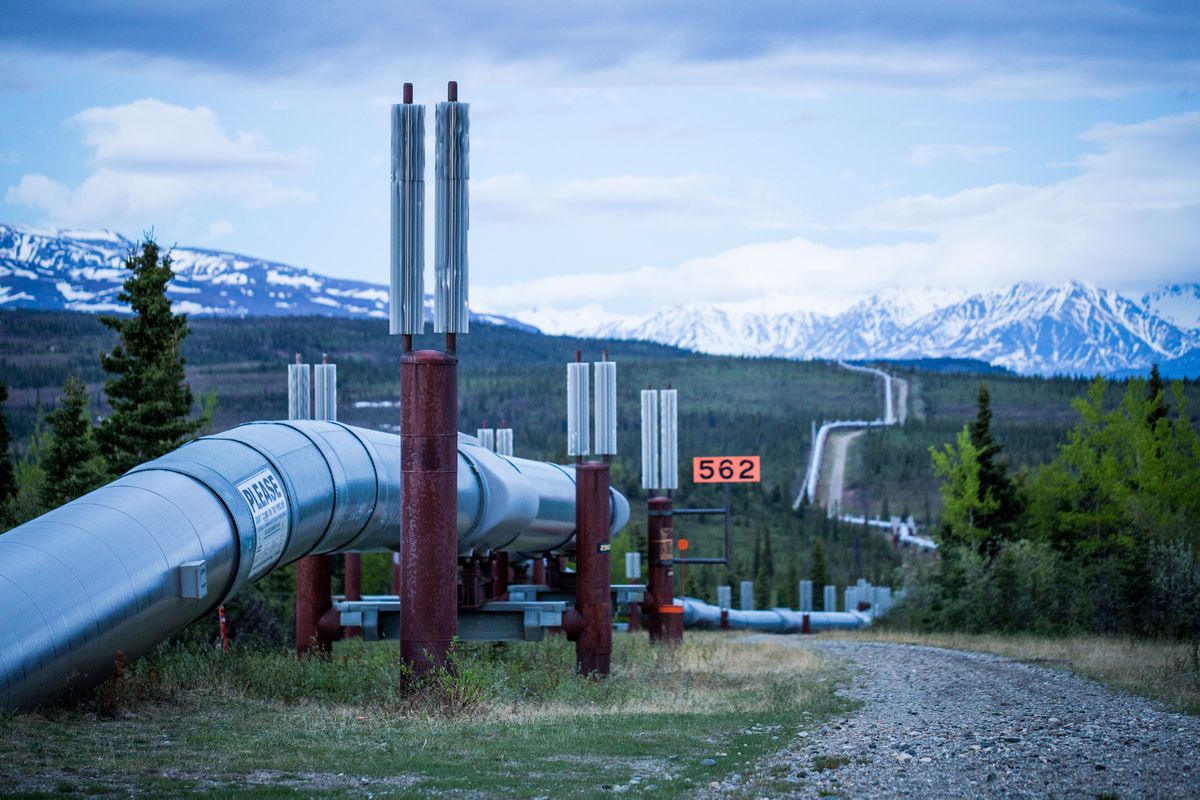 Beginning this week, We Alaskans magazine will publish an occasional feature in which we try to offer some perspective on an Alaska topic through some of the numbers surrounding it.

We start with what many consider Alaska's greatest engineering feat, the trans-Alaska oil pipeline that secured the economic future of the 49th state by moving more than 17 billion barrels of oil from the North Slope to waiting tankers in Valdez to date.

As always, we welcome your thoughts about this and any other feature in your Sunday magazine. Thanks for reading.

800: Length of pipeline in miles

17 billion: Barrels of oil that have moved through pipeline to date

55: Percent grade at its steepest point, in Thompson Pass

4,739: In feet, the highest elevation reached by pipeline — in Atigun Pass

48: Diameter of the pipe in inches

285,000: Gallons of oil spilled near Livengood in 2001 when Daniel Lewis put a bullet hole in the pipeline. Cleanup costs exceeded $13 million. Lewis was sentenced to 16 years in prison.

148: Total duration in hours of the longest shutdown in pipeline history. A leak at Pump Station 1 prompted the shutdown starting Jan. 8, 2011. Line was restarted to keep oil flowing before a second shutdown to complete repairs.

13 million: Reduction of crude production, in barrels, in the 13-day stretch of 1989 from when Exxon Valdez went aground in Prince William Sound to when it was refloated.