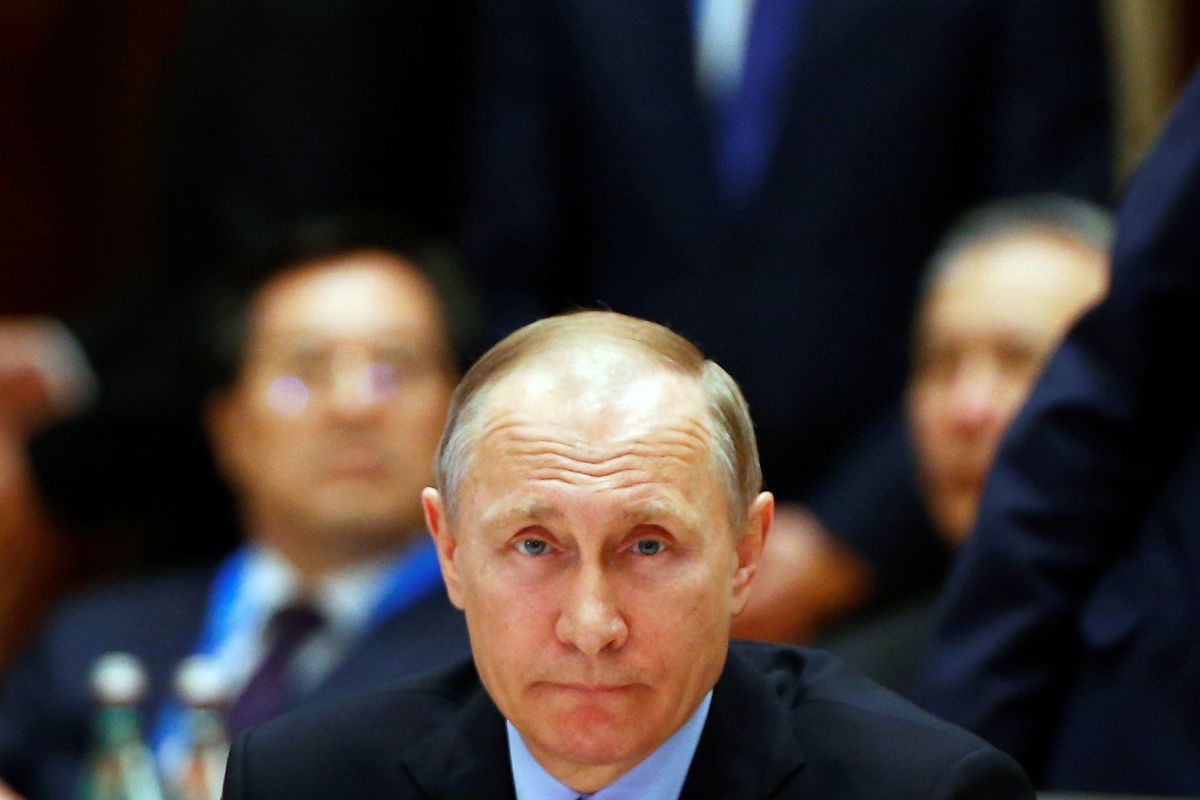 Russian President Vladimir Putin attends a summit at the Belt and Road Forum in Beijing, China, May 15, 2017. (Thomas Peter / Reuters)

Russian President Vladimir Putin attends a summit at the Belt and Road Forum in Beijing, China, May 15, 2017. (Thomas Peter / Reuters)

Melting the Ice Curtain: The Extraordinary Story of Citizen Diplomacy on the Russia-Alaska Frontier

What it's about: Just a few miles apart, Russia and Alaska have been linked since the Alaska purchase in 1867. Arctic neighbors with much in common, this contemporary history beginning in the Reagan-Gorbachev era tells the stories of citizen diplomats who helped reunite Native families separated by the Cold War, establish commercial and cultural ties and break down barriers between former enemies. Over the decades, the relationship between the U.S. and Russia has ping-ponged from enormously beneficial during World War II to frighteningly fragile and tense in the Cold War to a firmer footing with heightened understanding today.

Excerpt: "Melting the Ice Curtain" is especially timely for three reasons. First, whether we like it or not — and most Americans don't — Russia casts a long shadow across the world and is a force to be reckoned with. Americans snicker at the shirtless President Putin on horseback, yet are perplexed by his soaring job-approval ratings as he thumbs his nose at the United States …

Second, memories are rapidly fading on both sides of the Bering Strait about the origins and achievements during the heyday of Alaska-Russia relations. A chief catalyst for melting the Ice Curtain in the mid-1980s was reuniting Native peoples in Alaska and Russia who had long been separated by Cold War tensions. Now, many of those with firsthand knowledge of those relationships are gone. Of the nearly 30 Alaska Natives aboard the groundbreaking 1988 Friendship Flight from Nome to Provideniya, only a handful were still living in 2016. While adapting to 21st-century technology, Native peoples on both sides of the international date line struggle to keep alive millennia-old languages and traditions that link them to each other and to their rich cultural heritage.

Third, opportunities abound for fruitful cooperation between Alaska and the Russian Far East. From science to citizen diplomacy, the Ice Curtain era showed that local collaboration can improve overall relations between our countries. The area of most productive cooperation is managing a changing Arctic. Russia dominates the Far North, with nearly half the Arctic within its borders as Russians comprise 40 percent of Arctic residents. In the United States, Alaska is the only reason America is an Arctic nation. That's a fact that only recently appears to have registered with federal decision-makers as climate change dramatically alters the Arctic, especially passage through the Bering Strait shared by Alaska and Russia.