A poetic turn on Denali tragedy 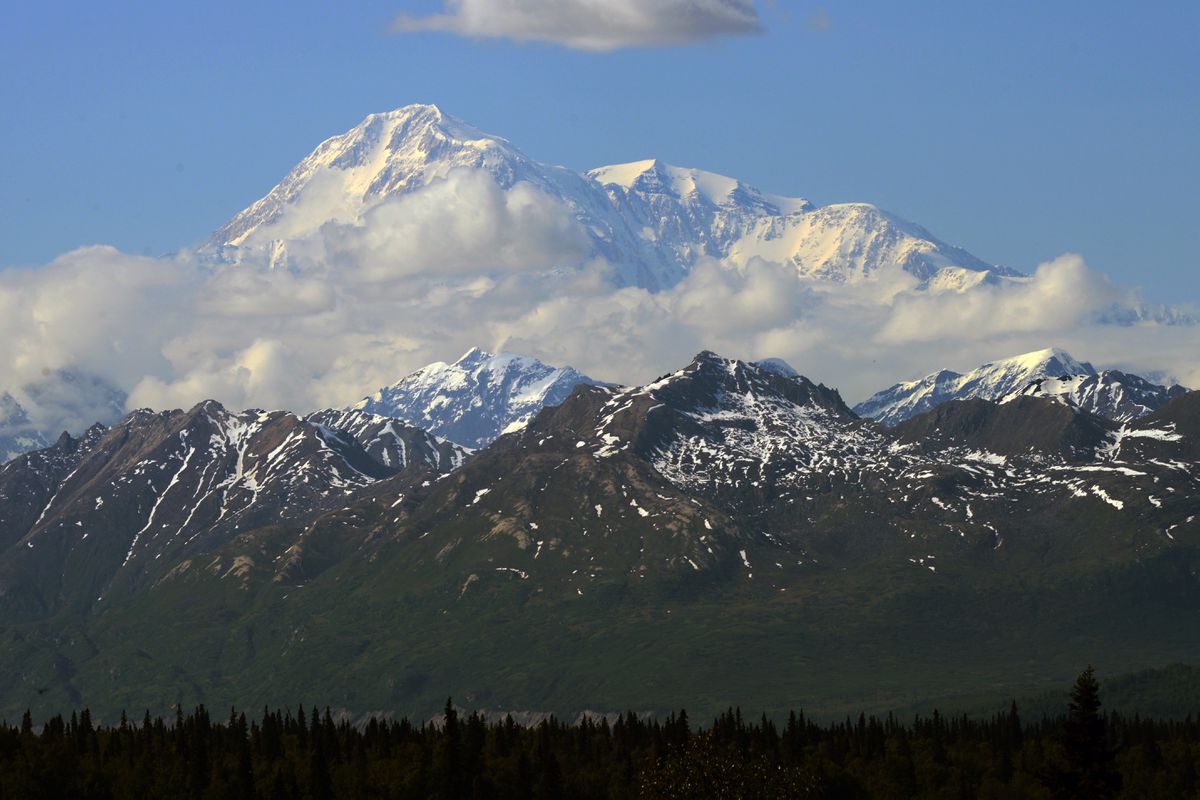 Denali peeks through the clouds in a view from the roadside pullout near Mile 135 of the Parks Highway. (Erik Hill / ADN archive 2015)

Denali peeks through the clouds in a view from the roadside pullout near Mile 135 of the Parks Highway. (Erik Hill / ADN archive 2015)

Fifty years ago this week, weather systems atop Denali converged and created a massive storm that lasted seven days and brought winds estimated as high as 300 mph. It trapped the 12-member Wilcox Expedition composed of young men in their 20s and 30s who were descending from the mountain's summit when the storm hit.

No one, including those who were there and survived, knows all the details of what followed except that when the clouds cleared, seven were dead. Causes of death and even the locations of some of the bodies were never learned. It remains the single-largest loss of life on North America's highest peak.

Jessica Goodfellow's uncle, Steve Taylor, was one of the victims. Just 22 at the time of his death, he left no trace. Taylor was swallowed by the mountain. It is not known when or how he died. Thus Goodfellow writes, "we record your death date as July 18 – July 28, 1967."

"Whiteout" is the title of a poetry collection Goodfellow has written that addresses the calamity and its impact on her family. Taylor was the lone sibling of Goodfellow's mother, and his disappearance left a hole in the family that never closed. It's a void created by unknowing and by the absence of a body. Taylor's parents and sister could only speculate on what had befallen him as he tried to ride out the maelstrom.

"Either he burrowed under a skin of snow / that turned out to be the arch / of the foot of the storm. / Or the storm lulled, so he went for help, / stepping through the iced-over sky- / light of the underworld. / Or he was wind-snapped like a bedsheet / on a clothesline, then loosed, then tossed. / Later his sleeping bag was found wrapped / around a pole like seahorse, tail-grasping at eel grass / limbless against the current."

Or perhaps something else altogether.  The family will never know.

The Wilcox Expedition has been the subject of several books and hundreds of articles. Recriminations have flown for five decades in an effort at assigning blame for the disaster. Sides have been taken. Feuds have erupted. But to the best of my knowledge, this is the first work to have focused on the grief of one family left behind, and certainly the first to approach the subject via poetry.

Goodfellow is a widely published poet who presently resides and teaches in Japan and who held the writer-in-residence position at Denali National Park and Preserve last year, where she did research on this book. Too young to remember her uncle, her work is a study of inter-generational trauma, of how the pain that afflicts parents and grandparents can be handed down to children who did not experience it directly. It's deeply moving.

The tragedy and subsequent rescue efforts made national news at the time, a point Goodfellow reflects on. Her uncle and the other victims, she writes, were found on the front pages of newspapers, in television reports, in Time magazine, yet they could not be found where they had fallen.

It's a reminder that behind every tragedy there are families. Behind every media circus there are forgotten people bearing the pain of what transpired. And put in perspective, the families of those lost to the mountain in 1967 endured this long before the rise of the internet and 24-hour newscasts. As we sit before our screens passing judgment, perhaps we should try to be more sensitive.

For the families of the victims of the Wilcox Expedition, judgments are still being hurled a half-century later while they carry forward the actual pain of the event, a pain expressed in the title of the final poem of the first section of this collection: "My mother adds the name of her brother, missing on Denali since 1967, to her parents' headstone."

The void is what Goodfellow and her siblings were raised in, she writes, and her book is an effort at finding the words her family never could bring together. "My family is silent / about our dead. Hardly / a word about an uncle / a brother.  We children were / to understand that meant: / he was beloved. / Silence as receptacle."

"Because my grandmother grieved for him so deeply," Goodfellow writes elsewhere, "we almost never spoke of my uncle. I do not know much about him."

While reading this book I was reminded of an interview I had several years ago with a woman born in Vietnam whose family escaped as boat people. The same age at the time as Goodfellow when her uncle perished, she too has no direct memory of an experience that left her parents shattered. She spoke of how she grew up in the silence that followed, how her parents' trauma became her own burden even though they had no wish to transmit it to her, how their silence becomes louder than any words could ever be. It formed who she is today.

In "Whiteout," Goodfellow offers a similar account. Even in adulthood, the silence of her family remains:

On this 50th anniversary of those horrible events, perhaps this is the most fitting memorial we could have. A memorial that honors those left behind who have had to carry on in the victims' absence. And ultimately that is what they have done.

"Most days I don't think of Denali at all," Goodfellow admits, "don't remember him, 22 years old forever."